VB Stats Made Simple – Are You Scoring Correctly? 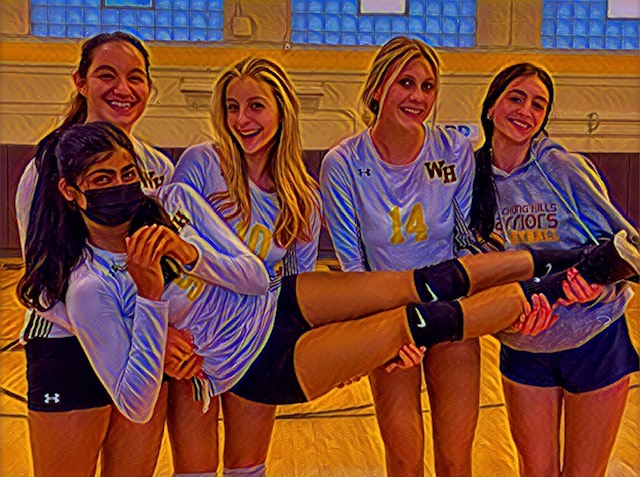 We can’t help but notice when we go through nightly game statistics, that there appears to be some discrepancies when processing the data. The job of a Coach or Assistant Coach can be overwhelming enough, without worrying about the minutia of player stat details. But, looking at individual stats can help players understand their strengths and weaknesses, analyze match performance, and in some instances, even help them get recruited.

We see some common errors and think there may be some misconceptions as well… If you add kills, blocks, and aces up after the game, it can’t exceed the number of points scored by the team on the night. And blocks should only count when they result in a immediate point. Digs are only counted on attacks, not serve receive or free balls.

Although stats appear intimidating… they don’t have to be! Coaches new to volleyball should not be intimidated by the overwhelming spreadsheets, computations, and volleyball jargon common when discussing volleyball stats.

Some teams have players who are able to track stats reliably on the bench, others have to rely on the one and only coach being able to stat and coach at the same time, and sometimes 2-3 assistant coaches track different stats throughout the match. Finding a team manager or student to track stats can be a vital tool, especially if the are trained correctly. Delegating this responsibility is key to getting stats done properly, timely, and accurately.

We are going to make things simple for you. There are a handful of stats that are more or less universally tracked, and they’re pretty easy to understand! 5 Simple Stats…

The number of aces a player gets is often a stat that’s super easy to track.

An ace is simply a serve that goes directly to the floor inbounds on the opponents side immediately following the service contact, OR, a serve which the opposing team is not able to control… like a touch on the ball but it flies behind the passer and no one else on the team can get to it, or a ball which is passed directly into the net.

The number of aces is often reported, so no need to do fancy calculations (although you can find ace and serving percentages if you’d like).

A dig is anytime a player passes up a ball which has been attacked by the opponent. The ATTACK part is critical to effectively determining this stat, because a ball which is passed over the net by the opponent would not result in a dig for your team/player. A pass in serve receive would not count either.

A dig does NOT need to go directly to the setter to be counted. Of course, this is what we’d LIKE to see happen, but even a pass off an attack which flies back over the net is considered a dig. As long as the ball remains in play, we count it!

Again, no need to do anything fancier than tally marks on your stat sheet to track this one, as the number of digs is the most common way to report this stat.

Are you sensing a theme here? Many of the REPORTED stats are just numbers, plain and simple.

An assist would be any time a players sets the ball to another player who attacks the ball, resulting in a kill (which we’ll get to next). This is probably the toughest stat to track, because you have to wait for another touch or two to happen before you can track this statistic. For coaches in charge of tracking the whole match, this can also be difficult because after the dig, we look down to write who passed the attack, and then back up in time to see the attack, but we miss who set the ball.

Thankfully, it is usually the setter who set the ball, but it’s worth having a stat buddy sitting nearby whom you can confirm this with.

Two technicalities: 1) An assist does not need to come from an overhand set, and 2) someone other than the setter can still get an assist. You’ll most commonly see a libero with assists from a forearm pass on the second ball because they’ll usually train to take the second ball if the setter passes the first one.

My personal favorite stat, the kill. This is anytime your team makes an attacking motion on the ball (full approach and armswing, backrow attack, tip, setter dump, etc.) and the contact results in an immediate point.

Think of it like an ace. Either it goes directly to the ground, or a player on the opposing team makes a contact which is not playable by anyone else on their team.

Although you’ll definitely know WHEN you get a kill (everyone cheers, it’s magical), it might be hard to track WHO hit the ball. Again… get yourself a stat buddy!

The type of block that we’re going to track here is a block which results in an immediate point. Most stats trackers will only ask for blocks which resulted in a point (i.e., the ball went straight down to the ground or the block caused a point by an opposing player mishandling the ball after the block, resulting in a point).

If you want to get really fancy, you can track “solo blocks” (when only one person goes up and blocks the ball) and “block assists” (when two+ players go up to block the ball, each player gets a block assist regardless of who actually touched the ball). Most reports count each solo block as “1” block and block assists as “0.5“ blocks.

We love transparency at NJP and encourage all teams to review their current definitions of game stats. Reach out if questions exist at njpowerranking.com.

What do you think? Is your team following the simple rules and definitions above? Send your feedback to njpowerranking@gmail.com.