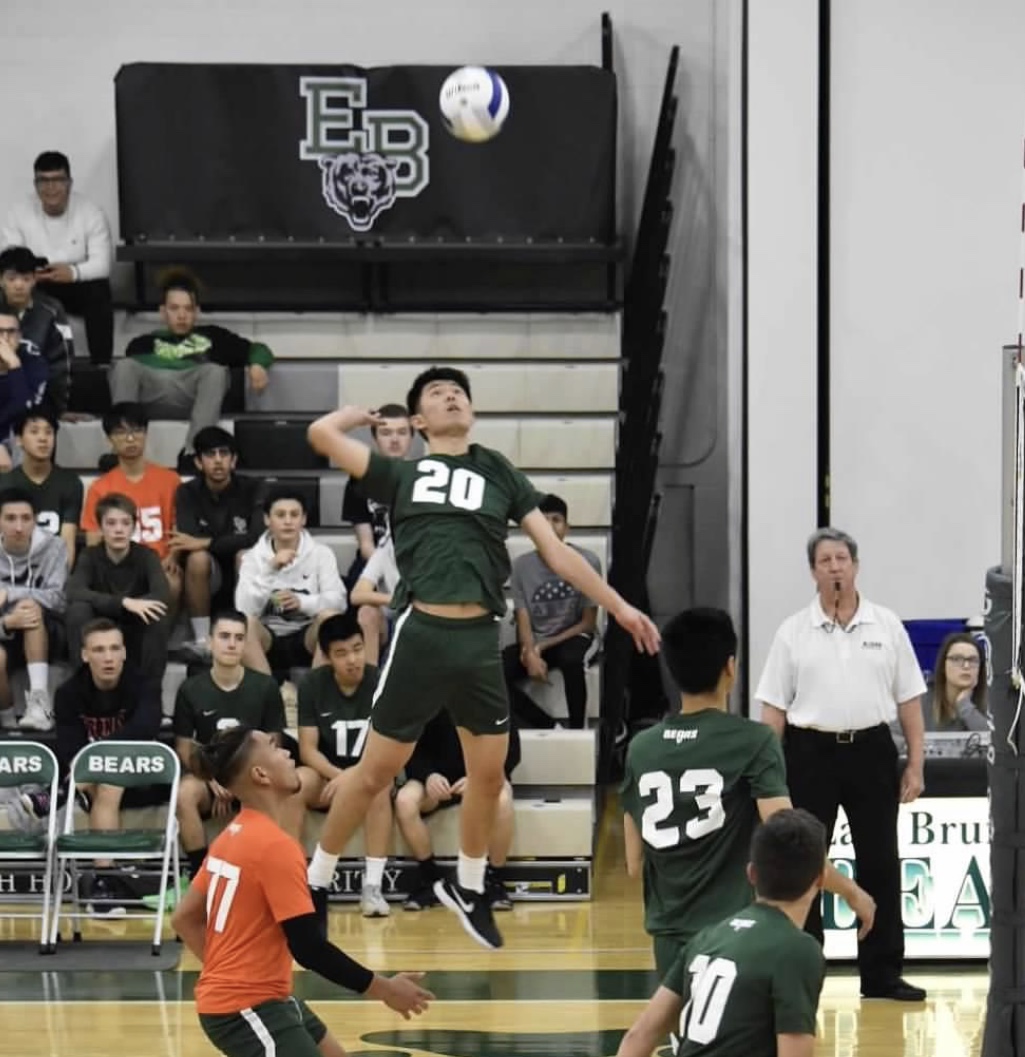 Every player has different inspiration points that bring them to volleyball. Most boys start playing in high school as freshman. Others may be part of a middle school team. And others may play other sports and join late as sophomores or juniors if one of their teammates or friends are part of the team. But often the best players are ones who have family roots. A parent or family member (usually an older brother) who starts playing while they are young. And they learn the basics in a backyard or on a summer beach. Edward Wang benefited from such a start and had a role model from an early age.

Edward Wang finished in the top 10 in kills for the junior class last season, leading East Brunswick to a top 25 ranking and solid 20-11 record against tough competition in the Central Jersey region. With 193 kills, 25 aces, 139 digs and 10 blocks, Edward earned a top 12 NJP player rating in the junior class.

East Brunswick loses 6 seniors to graduation and keeps six varsity players as well for the upcoming season giving them a solid core for the new campaign. Edward, along with Sebastian Milewski, middle Will Chen, and setter Daniel Herh, have earned the Bears a Preseason ranking of #23.

Wang is heading to NYU after graduation and the opportunities that will provide will be immense. Both on and off the court. We wish him well.

Here is our interview with Edward…

Tell us a bit about yourself Edward? (What school do you attend, what town do you live? What year are you graduating?, family?, etc…)

I started playing volleyball in my freshmen year of high school. However, I had already grew a passion for the sport by watching my dad. He had played volleyball recreationally since high school, even before he emigrated from China, and continued to do so for 30+ years. I grew up watching him play with other adults every Saturday.

Definitely Andrew Zaleck. He was a monster of a hitter and powered through almost any block that we put up.

I believe that we can go far in both GMCs and sectionals. Even with the loss of key seniors, we still have quite a few returning players as well as some experienced underclassmen. The key to our success will be our blocking.

My biggest support group is my trio of friends: Max Chen, Sky Chen, and Nico Lee. They always pop up to every game and support us. Although they try to distract me during serves, they are the most passionate whenever we score a point.

St. Joes. They are our school rivals and we always have great games every time we face them.

I was subbed in as a sophomore in our GMC semifinals game against JP Stevens. One possession later, I find myself trying to block Eric Li (Now at Harvard), only to get the ball hit right over me and received a one-way ticket back to the bench. Not one of my brightest moments, but I always have a good laugh over it.

I love all of my teammates! Except our setter Dan Herh…. (I love him too.)

Both my current coach Christian Portera and my freshmen coach Greg Rutz. They both helped me to solidify my skills and have an undying passion for the game.