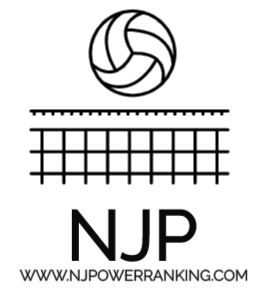 For you math lovers out there… we conducted a quick analysis to establish a connection between our preseason ranking to the size of the school population. We developed a ranking factor based on the PSR rating divided by the school enrollment to see which schools are getting the best bang for their buck based on population. There are many factors here that contribute to school size and participation levels (i.e. not all large schools have high participation rates) but we gave this a shot and as expected private schools occupy six of the top 10 rating factors.

Golda Och had a population of only 95 students and received the highest rating based on a 10.31 PSR rating. Immaculate (Montclair) was second and West Caldwell Tech was third. Harrison was the highest rated public school getting the highest yield for their size.

ANALYSIS OF PSR BY SCHOOL POPULATION

We evaluated the largest schools expecting them to be the highest ranked but this was not the case. Old Bridge and Bridgewater Raritan are very large schools with population over 2,000 but many of the other large schools are lower ranked and rated teams as shown below…

The average school population among all boys volleyball team schools is 1,073. The top rated school currently is Fair Lawn who is very near the average population but has sustained a participation level far above most schools and has made volleyball sexy enough on campus to recruit the top athletes away from other spring sports. As mens volleyball continues to gain traction as the largest growing sports programs at the high school and college level, these occurrences will be more common.

It’s interesting to note that there are only two teams from the South Sectional in the top 25 largest schools. With 9 from the Central and 14 from the North (both sections), it appears teams from the lower half of the state are at a disadvantage with mostly smaller school populations to pull from.

Many thanks to NJSIAA for these school statistics at the classification link here: https://www.njsiaa.org/sites/default/files/document/B%20Volleyball%20Classifications%20%2718-%2720_0.pdf