GCIT’s Kyla Sayson is an Inspiration 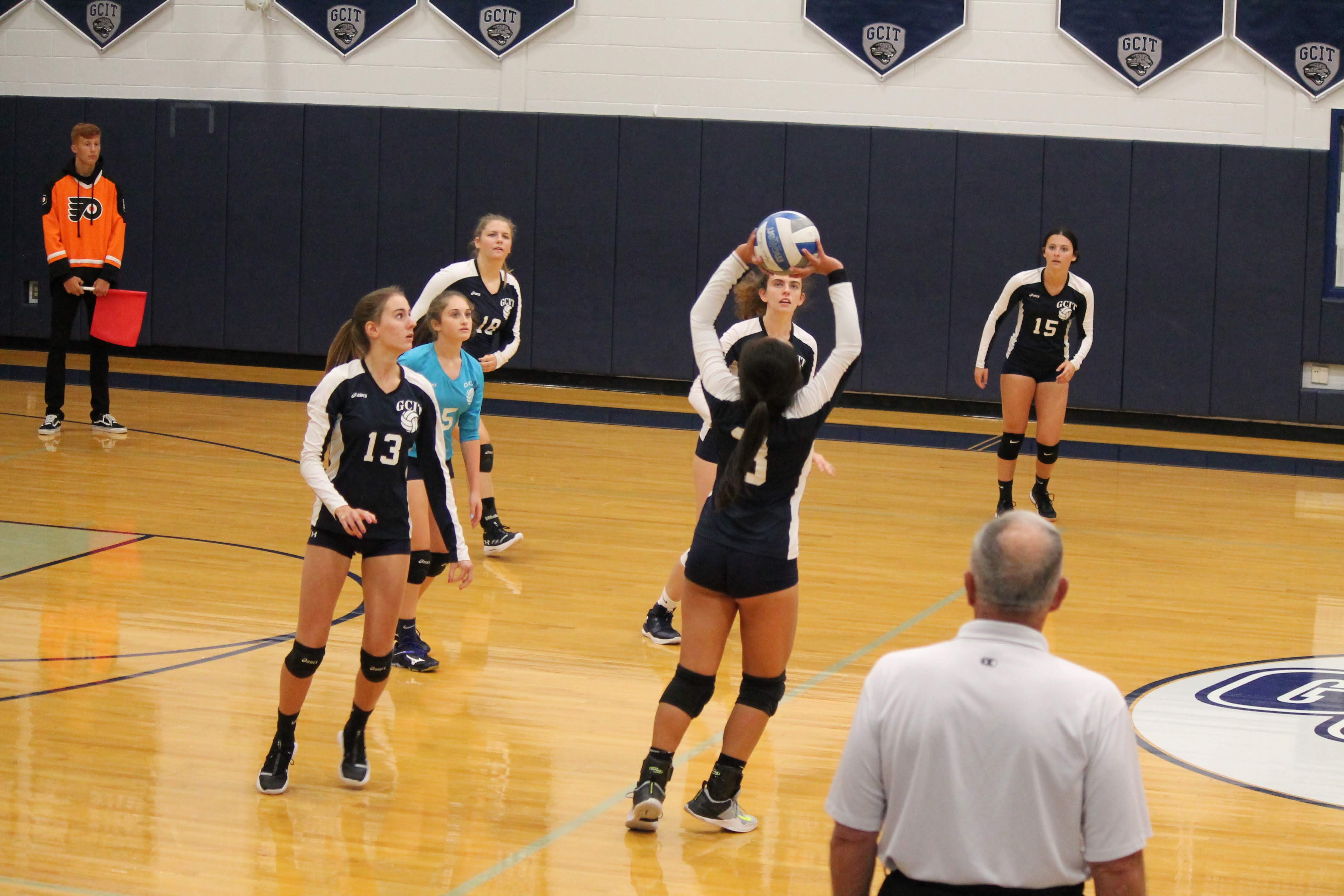 What a remarkable sophomore year for Kyla Sayson of Gloucester County Technical Institute. 2019 was the definition of a breakout season. She assumed the starting varsity setter role for the Cheetah’s and did not disappoint putting up 560 assists, just under 200 digs, and a whopping 84 aces solidifying her role for the next two seasons and providing standout support to a GCIT team that finished 23-10 overall.

It’s not common for a setter to lead your team in digs. But the versatility that Kyla brings to the table is truly outstanding. She added 45 kills and 8 blocks to her sophomore resume and the sky is the limit for her in her next two seasons. Considering her petite frame, it’s even more of an accomplishment. She finished 10th in the NJP overall player rater in her sophomore class and 9th in the overall setter rating which factors in per set statistics and strength of opponent.

Gloucester Tech graduated some key players with seniors Taylor Downing (251 kills) and Caroline Ferguson (168 digs) moving on to college as well as Hailey Lindeborn (83 kills) and Megan Carnall-Tetlow (20 blocks). Rising juniors Kyla and Alexis Caitabiano (150 kills) will anchor the 2020 team along with rising seniors Krista Murray (124 digs), Brooke Tell (92 digs), and Nicole Thomas (25 blocks). GT is included in the NJP top 60 and is expected to repeat as top team in the Olympic National Division.

It’s an inspiring volleyball story to show the rise of a young star in a single season. But a bigger story here is Kyla’s personal life. She is fortunate to have two heroes as parents who are both nurses on the front line during these difficult times with the pandemic. They provide her inspiration to follow their path as she aspires to go to nursing school as well.

It would be a wonderful combination if she can combine her passions of seeking a nursing degree and playing high level volleyball at a college experience in the class of 2026. We wish her well.

Here is our interview with Ms. Sayson…

Tell us a bit about yourself, Kyla?

Hi! My name is Kyla Sayson. I go to Gloucester County Institute of Technology and am graduating in 2022. I live in Deptford with my mom, dad, and older sister, Alexa. My sister also plays volleyball for Hunter College.

I have been playing volleyball since fifth grade, for about six years. My sister inspired me to play volleyball. We both used to swim competitively since we were young until she switched to volleyball. And me being the little sister that I am, I copied her. She started playing volleyball her freshman year of high school and I was dragged to every single one of her games and practices (and sometimes even her team’s pasta parties). I always found a way to play on the sideline until I was convinced to join my middle school’s team. I found this excitement that I never got from swimming. So, when I had to choose between the two sports (because the seasons clashed) I chose volleyball.

I am 5’4 so obviously I’m a middle, jk. I am a setter for both club and high school. I play for Cherry Hill Volleyball Club. My favorite position to play is setter. You get to control who and where the ball goes to. You also get to be a part of almost every point.

How will your Gloucester Tech high school team do in the upcoming season? Do you have a lot of returning players? What will be the key to success?

I think we will have a great season (hoping everything goes according to plan due to Covid). We have six returning players with four of them becoming seniors in addition to some incoming juniors. The key to success will have to be our focus, especially during these times, and our chemistry.

Tell us about your Cheetah teammates. Who do you expect will be this year’s standout and up and coming players?

Last season, I had the privilege to play with some great players. Some players that I expect will stand out this year are Lexy Caltabiano and Nicole Thomas. Lexy Caltabiano is an absolute beast when it comes to hitting and Nicole is one of the most consistent servers on the team. Lexy also has a twin sister, Sophia. They have played before high school but they have improved greatly over the past seasons. They also have put in a lot of work during the off-season playing club and working out. Almost half of the team was made up of seniors, so I am very excited to see new players moving up.

NJP considers you as one of the top players in the state. Do you plan on playing in College? If so, which ones are you looking at?

I would love to further my volleyball career in college. I still haven’t decided what college I want to attend but I would like to major in nursing so hopefully I can find a school that can fit me both athletically and academically.

You were an assist machine last season with 560 (8th in the state), quarterbacking your team as a sophomore to a 23-10 overall record. But maybe most impressively, you put up 84 aces which was 5th overall in NJ. What are your goals for 2020?

My personal goal for 2020 is to beat my previous records from last season. I also hope to reach a thousand assists by the end of this season. As a team, hopefully we can take back our NJTAC title as well as defend our conference title.

Tell us about your experience at CHVBC and your coaches…

I love playing at CHVBC. Everyone on the team is just wholesome. They have amazing attitudes on and off the court. My coaches are John Grossman and Dan Chung. They always push me to do better and have played a major part in my volleyball career. They never go easy on me and always expect more.

My support group consists of my parents, sister, coaches, and teammates. My parents are always at all my games, tournaments, and sometimes even my practices. I can always find my mom on the couch re-watching my games in her free time and she cheers me on from the bleachers every game. My sister supports me in her own way. She never misses a chance to critique me and always tells me what I’m doing wrong. She gives me a lot of tough love but she knows firsthand all the challenges that come with being a student athlete, both on and off the court. My teammates help me be the best player I can be. They motivate me to be better and never fail to lift me up after a bad day.

How are you and your family dealing with the current world situation with COVID-19? How will the delay in the fall high school season schedule affect you or your team?

My family is just adjusting to this new normal. Both my parents are nurses, so they are working longer hours than normal. My sister and I have taken up new hobbies like running, painting, doing puzzles, working out, and reading. I am pretty sure this fall season will be far from normal, but I am hopeful for there to be a season at all and that everything goes according to plan.

Currently, I am in the Allied Health program and GCIT. I don’t know, specifically, what I want to be, but I know that I want to work in the medical field. With that said, I plan on going into a nursing program for college. I want to start out with that and maybe later continue my education on whatever sub-field of medicine I find myself passionate about.

Have you won any awards such as all county or all state or others?