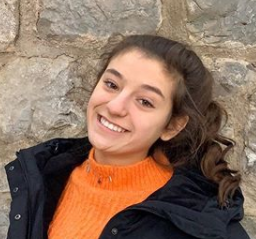 Alisa Vukovic broke out as a sophomore putting up some monster numbers for the West Windsor-Plainsboro South Pirates. 172 kills and 159 digs is just outstanding for a sophomore so expectations were high for her junior season. Alisa did not disappoint racking up 221 kills and 218 digs in addition to 21 blocks.

WWPS finished 21-7 and did not have a senior on last seasons team. They are well positioned to have a stand out year with tons of firepower on the squad to propel them. NJP projects the Pirates as the top team in the BCSL and they earn a top 25 ranking in the state. Alisa is expected to finish out her senior year in fine fashion with a perfect storm of talent.

Outside Sibana Gonzalez (289 kills, 158 digs) was one of the best freshman in NJ in 2019. Rising senior setter Varsha Gollarhalli (522 assists) will run the offense and rising junior opposite Skylar Henrick (147 kills, 107 digs) will bring balance to their right side attack. Defensively, rising junior Shakthi Sreenivas will be on the dig prowl after posting 230 digs in 2019.

Alisa lead the team in aces last season with 44 and anchors a Pirate team that posted 140 aces in total. For her Princeton 17-1 National team, she gets a bit more work on the back line on the defensive front. At 5’11”, she has a ton of versatility. As you watch her video’s, you can see superlative passing skills, a powerful arm swing, and the speed and toughness that will attract D1 attention.

Here is our interview with Ms. Vukovic…

Tell us a bit about yourself, Alisa?

I’ve played volleyball since I was 10 years old and I first got into it after my Dad took me to a game at Princeton University. I thought the game looked really fun so my parents signed me up for a camp and the rest is history.

I am 5’10” and a Outside Hitter or Defensive Specialist for Princeton Volleyball Club. I love being an outside hitter but I also love the defensive aspect while playing in the back row. The anticipation of where the ball is coming from is something is is a really fun part of the game.

How will your WWPS high school team do in the upcoming season? Do you have a lot of returning players? What will be the key to success?

Sadly, because of COVID, our season start is now in March. I believe that my team and I will be extremely successful this season. Last season was the first time that this group of girls played together and we did really well. All of our players are returning this season so it’s going to be a great year. The key to success for WWPS is communication. All of us talk to one another about plays and who covers who, the support is amazing.

Tell us about your Pirates teammates. Who do you expect will be this year’s standout and up and coming players?

We have an awesome setter Varsha Gollarhalli. She can read the ball really well and always sets the ball in the best location for all of the hitters. We also have a strong outside (Sibana Gonzalez) and  right side (Skylar Hendricks) who are a unit on offense for us.

I love the game so much that I do plan to play at the collegiate level. There are a number of schools in the northeast that interest me.

I can’t name only one competitor but as a whole Hunterdon Central was one of our toughest team competitor last season. They had quick offense and had really good ball control.

Tell us about the rivalry between North and South?

The rivalry between North and South is friendly. We love to compete against each other, it’s very similar to sibling rivalry. We play them every year for our fundraiser game “Serve Up Hope” and it’s always competitive.

Our High School coach joined our team 2 years ago, the first year the team and Coach Bower learned a lot about each other and which helped us make it to states the next year. Coach Bower does a great job communicating with us. This past season we made it to the second round of states for the first time in while. We hope to repeat this.

My cheering section AKA my support group is my Mom, Dad, brother and my friends. They always come to my games and support the team in season and off season.

Which do you prefer… Beach or Hard Court?

I definitely prefer indoor over beach because of the team aspect. I loved beach when I was younger but indoor was my favorite because it is played at a faster pace and the teams are bigger.

Yes, this past season I won All-County first team and All-Region 1st team. It was such an honor because there are so many talented players across the state. There was an All star game for the players who won all county and it was great to compete with players from different schools.

My family is from a small Country called Montenegro on the Adriatic Sea and we visit often. Sports are a big part of the culture there. I have cousins who play volleyball, tennis, etc. Over there everyone is super active in my family .