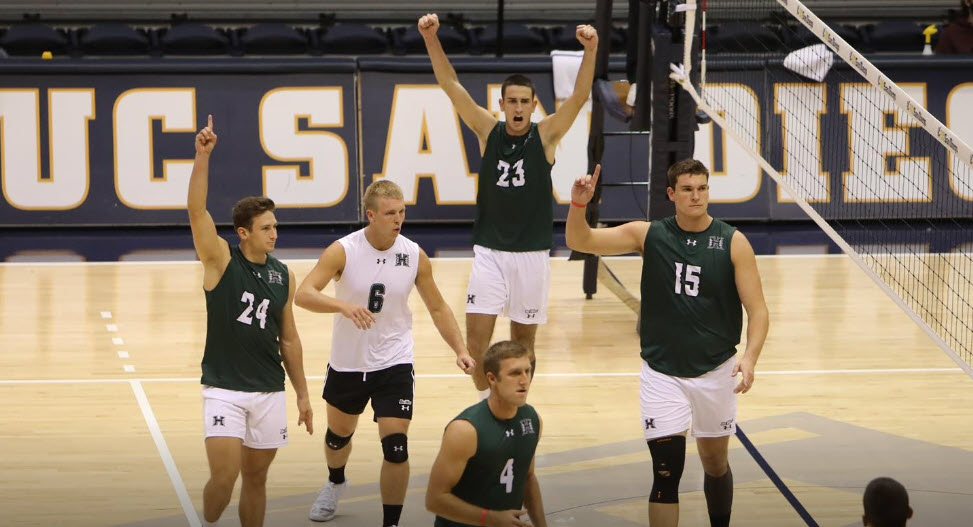 NJP has developed some amazing relationships with members of the volleyball community outside of the NJ area. The Worsley brothers from the University of Hawaii have been especially supportive of our local community. Like NJP, they are on a mission to promote participation in volleyball, with their reach being across the nation and the world. Their podcast “Out of System” is one of the most entertaining volleyball podcasts in market. And both brothers have helped on specific requests that we have made to do outreach to players and interviewee’s from our site.

Gage Worsley is the current Libero for the #1 college team in the country, the University of Hawaii Rainbow Warriors. We can’t thank him enough for taking time out of his schedule to send us the “to the point” message that carries the spirit of every players outlook in our COVID times…

2020 (Junior): AVCA All-America first team for the second consecutive year…first-team all-Big West…winner of Off the Block’s Erik Shoji Award as the nation’s best libero for the second year in a row and the inaugural Steve Shondell Award as the nation’s best passer…started all 16 matches and appeared in 50-of-52 sets…ranked No. 18 nationally and No. 3 in the Big West in digs per set (2.10)…five matches with 10+ digs, including season-high 13 in a four-set win at Lewis…recorded only 11 reception errors in 283 receive attempts for a team-leading .961 percentage…appeared in 50 of 52 sets played…named Big West Defensive Player of the Week (Jan. 20)…earned UH Scholar-Athlete Award.

2019 (Sophomore): AVCA All-America first team…all-Big West first team…Off the Block’s Erik Shoji Award winner as the nation’s best libero…OTB National Libero of the Week (March 11, April 8)…Big West Defensive Player of the Week (Feb. 4; March 11)…ranked No. 6 nationally and No. 2 the Big West in digs per set (2.44/s)…appeared and started in all 31 matches…12 double-figure dig matches, including a season-high 15 against Pepperdine (March 9) and Long Beach State (April 12)…reception percentage of .954  with 27 errors in a team-best 591 receive attempts…also finished with 89 assists for a 0.87 per set average…..named academic all-Big West.
2019 Match-by-Match Statistics

USA Volleyball: Member of the 2017 U.S. Junior National team which competed at the FIVB U21 World Championships in the Czech Republic.

Prep: A 2017 graduate of Campolindo High School in Moraga, Calif…a four-year letterman in volleyball…member of three league championship teams (2014-15, ’17)…team also captured Northern California championships in 2014 & ’15…named first-team AVCA High School Senior All-American and North Coast Section MVP in 2017…ranked No. 5 on VolleyballMag.com Fab 50 list…played club volleyball for 13 years including with the Pacific Rim VC from 2010-16… named to the 18 open All Tournament team in 2015…made the BJNC all-tournament team in 2015 & ’16…won gold at USAV Junior Nationals in 2014 & ’15.

Personal: Born in Moraga, Cali…majoring in human development…older brother Joe, a former setter for the Rainbow Warriors…picked UH over UCLA, BYU, and USC…parents are Roger and Christine Worsley of Moraga, Calif.

PAST MESSAGES FROM OUR VOLLEYBALL FRIENDS AND HEROES