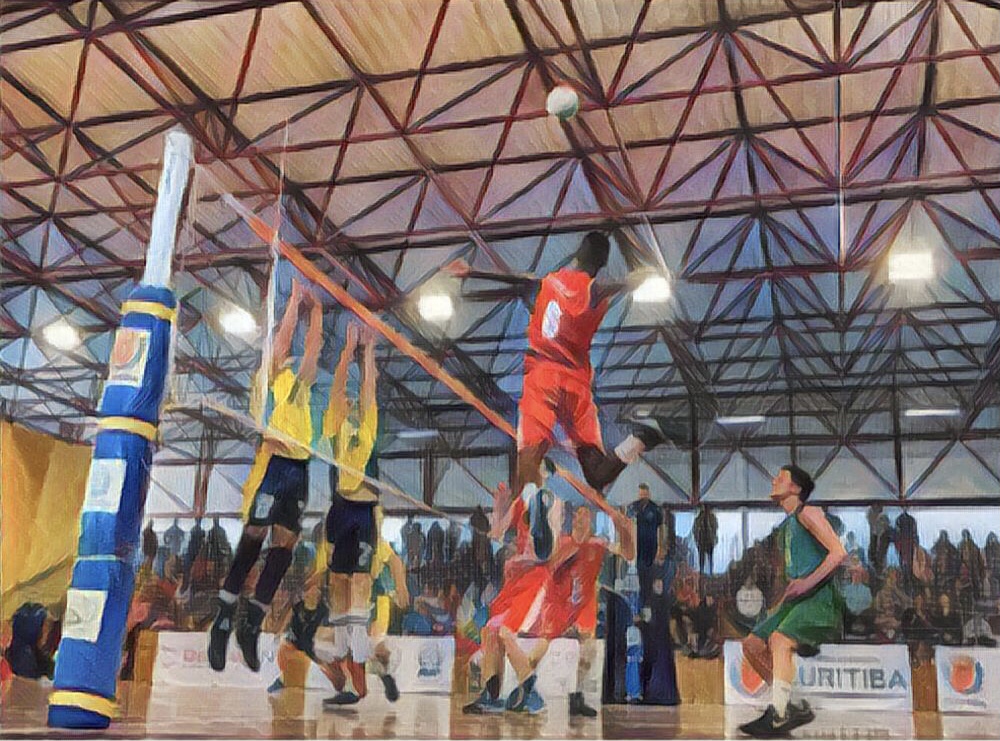 A nice big schedule on the last Friday night of the month of April features some key match-up and a few surprises. The season is speeding by as we approach the end of week two and, believe it or not, the state cutoff date is only two weeks away. The battle to be the #1 team in NJ still seems like a wide open affair with a few favorites, but the opportunity for 25-30 teams to go on a late run and bring home at least a sectional title. That makes for some great volleyball.

You have to love the way the #17 Jefferson Falcons are structuring their schedule. After last years down season, they have built a team with a high level of talent and are letting them develop as the season progresses. They are fitting in some very tough teams like Ridge and NES, and have their league schedule to get their reps and build some confidence as the team gels. The team wrecked Bloomfield tonight in straight sets and are now 5-1. It would surprise us if they did not finish the season with at least 15 wins before the state playoffs start. Shane Conley, Auston Osbuth, Andrew DuHaime, Andrew Giampapa, and Dan Pugliano all had solid performances tonight and are the heart of the Falcons success.

#2 SPF have one more slash in the win column tonight taking down Elizabeth in straight sets. After the Raiders (8-0) big win over Ridge last night, there was no letdown as they played well and won by a wide margin. They play Colonia Tuesday night, who is playing at the top of their game currently, so that will be a nice match at the beginning of the week. Nate Sta Rosa has been on fire as of late and that continued tonight as he posted 5 aces, 6 kills and a block. Zach Chung is a very underrated lib and his stats are starting to trend upward into the top echelon of “diggers”. He added 14 tonight to give him 78 on the season.

Plainfield notched their first win of the season tonight taking down Roselle Catholic in three sets. 7 kills from Yusuf Marsh and 6 more each from both Cristian Sumpagno and Wilmer Cruz led the attack for the Cardinals. Gustavo Moreno has 22 assists and the back row was well maintained by Kevin Nataren who notched 15 digs . Etbaal Hernandez added 5 aces and 11 service points for Plainfield.

Dubtown takes down Clearview in an Olympic matchup. Williamstown was powered by Drew McNellis who had 8 kills, 2 blocks and an ace. Mike Martino had the best game of his career with 8 kills and 6 digs, and of course Lorenzo Bonomo was solid with 6 kills, 10 digs and 2 aces. Chris Ramos had a big game as well with 19 assists, 3 aces, 3 kills, and 5 digs. Williamstown is now 4-1 and Clearview dropped to 3-3.

Let’s talk a bit about Colonia middle Mike Howell. The 6’5″ junior has put together his best games of his career over the last two nights. Here is close to the top of the state rankings for blocks with 17. Over the last two nights in games against Iselin Kennedy and St. Joe’s Metuchen, he posted 24 kills and 7 blocks and is really coming into his own as a first time varsity player. #31 Colonia is now 4-2 and they are proving they can stay with any team in the state. They had 11 blocks against a very good St. Joe’s team that is still rebounding from some injuries. They have built a rather crushing schedule the rest of the way so this team will be even better after facing tough competition.

What a super interesting game with Old Bridge facing Piscataway today. Piscataway is really under everyone’s radar with an 0-2 record thus far after a very late start to their season just this past Wednesday. They have played East Brunswick and Old Bridge in those two games. Today, they took Old Bridge to three sets after taking set one 25-20. Old Bridge took care of business after that but it was a surprise for us to see Piscataway take a game. They are a senior laden team and have some solid talent like Craig Matthews of Core Volleyball Club. Old Bridge is 4-0 and has been good thus far this season, but not what you would call dominating. They will need to step it up on Monday when they host #1 Southern for a doubleheader.

#7 Wall and Marlboro went head to head Friday at Wall with two very good teams from the shore buttung heads in what we anticipated as a three set joust. It lived up to the billing in a tight back and forth affair with Wall taking sets 1 and 3. Tom Palluzzi led the charge for Wall with 14 kills which kep him in the hunt for most kills in NJ. Jake Pepe added 13 kills and Jake Walsh had 5 kills and 3.5 blocks. A huge game for Marlboro senior Dan Marino who posted 16 kills while junior Nick Brzoska added 12 kills and 3 aces.

#13 Fair Lawn is now 5-2 after knocking off Lakeland in straight sets. D1 commit to NJIT Gil Zyndorf with another quality effort at setter posting 16 assists, 3 aces, a block, and three kills.

A brand new team in the league this year is Randolph and they have gotten off to a great start at 3-1. They defeated Irvington tonight in straight sets. 9 aces from Harrison Green. Another solid team effort with everyone contributing.

Two very evenly matched teams,#33 JP Stevens and South Brunswick, battled tonight in South Brunswick. JP Stevens prevailed in two sets, 25-17, 25-23. These are two teams that can surprise any opponent on any given night. Both teams are well balanced and have multiple weapons.

#19 Bridgewater Raritan and #4 Ridge have always had a great rivalry as league contenders every year. Some amazing matches have been played over the years and Friday’s was another edition of dynamic Skyland volleyball. After swapping 26-24 wins in the first two sets, Ridge rose up to defeat the Panthers 25-20 in set 3 and took the match. Ridge is now 3-2. BR dropped to 2-2. Justin Hong with another great performance had 15 kills, 4 aces, 6 digs and a block. Eitan Jentis and Joe Wieboldt led the attack for the Panthers with 10 and 11 kills respectively.

And lastly, a battled of undefeated teams Friday as #14 Bergenfield headed to Mahwah to play #16 Don Bosco. Both teams were 6-0 at the start of this one. But Bergenfield prevailed in three sets with Justin Pauli mashing 13 kills and Masa Hamada adding 12. Senior Nick Gonzalez with another great performance at middle with 6 blocks and 3 kills. Jacob Pascual had 17 digs for the Bears. Arif Ali had 30 assists. Both these teams will be around for year end tournaments and face each other one more time right before the state playoffs start on 5/24.

Some nice games on the schedule for tomorrow: #1 Southern at #13 Fair Lawn for a doubleheader, #11 St. Peter’s travels to #3 CBA, #15 Kearny visits #27 Hackensack, and Watchung Hills invades #2 SPF. All morning matches.