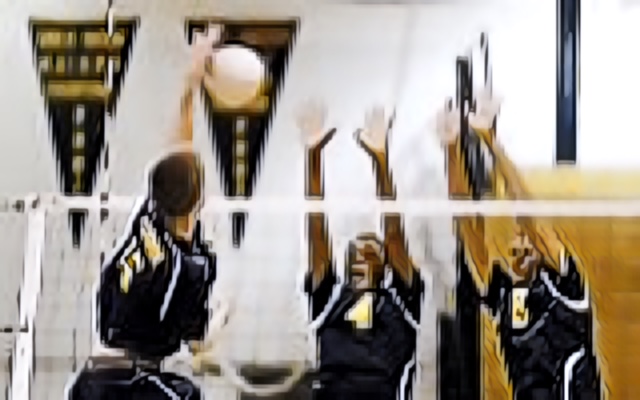 It’s a Sunday boys blog, with no games on the schedule. We broke down some Ranking, Game Table, and Player Rater snippets for a Sunday afternoon…

A giant cluster of top teams in the new ranking that was published this morning. Southern holds the top spot for week 2 with a number of undefeated teams still on the board. Eighteen teams remain undefeated and 7 of those teams are in the top 8. The ranking algorithm weighs strength of schedule heavily in tha math formula which is why you don’t see all 18 in the top 20. Southern did lose their first set this week to Fair Lawn but we don’t see any sign of weakening in the numbers. CBA is close behind. They have yet to lose a set this Spring. They have faced a high level of competition and have the second highest margin of victory per set at 11 points. Scotch Plains-Fanwood has been flawless this Spring as well. They have yet to lose a set and have the widest average margin of victory in NJ. The caliber of schedule is very low compared to many of the top teams. Other than their game with Ridge (which they of course won), the level of competition remains low to medium. If not for the game against Ridge, they may be outside the top 10, even though they are undefeated.

This is much the same story with Rancocas Valley who dropped to #8 despite remaining undefeated. They have lost a couple of sets and have been tight in some others despite a win margin per set of almost 9. Old Bridge has started with all top-quality games and has lost a couple of sets in their 6 wins. Tomorrow, Southern and Old Bridge meet at Old Bridge for 2 games which will test the rankings for sure. They are separated by less than a point in the ratings which indicates a three-set match potential. Watch for the predictor update later tonight.

Hunterdon Central has been solid all year. They are undefeated at 7-0 and have lost three sets thus far for the season. They face Bridgewater Raritan tomorrow at BR so that should be a great match-up.

Kearny is a new addition to the NJP top 10. They are 5-0 and have not lost a set yet. Their best win was against Hackensack at the end of last week so we will see how they shape up when they face some tougher competition. They have some Hudson County rivalry games against Bayonne and SPP this week and a very easy ride until cutoff so we expect they will get a high ranking in N2 sectionals.

Jackson Memorial is 5-0 and has not lost a set as of yet. They are third in the state in margin of victory. They are certainly a team to watch as we enter week three, especially with some of the top 5 teams playing each other there may be opportunity to move up.

Ridge dropped back slightly by losing to two teams albeit to top 10 teams. There is a group in the top 20 that have numerous losses and even losing records but because of the caliber of opponent, remain highly rated. Ridge, Fair Lawn, St. Peter’s, and East Brunswick fall into this category and teams slightly outside the top 20, like St. Joe’s and Kingsway, that meet this criteria as well.

Bergenfield and Moorestown have yet to lose and remain in the top 20. Bergenfield had a great win over previously unbeaten Don Bosco but they have 4 games against lower rated teams which had them actually drop.

Marlboro enters the top 20 at 4-2. Gloucester Tech with a big move up as well at #21 and a 6-1 record. Howell has played just three games but early indicators in the math are showing the potential to jump up into the top 20 if they win a few games this week. After a loss to Southern in their first match, Williamstown has been perfect and remains in the top 30. The algorithm has just not liked WWPS this Spring as they are 6-0 and still sitting at #40. Same goes for Payne Tech at 7-0. We will see both teams move up this week if they continue their winning ways. Randolph and PCTI have shown signs of reaching upward as well. Also noting the RBC is 5-1 and is ranked at #75 and Pinelands is 6-1 and ranked at #61. This again is a factor of schedule strength but we will see what week 3 brings to these teams ratings.

Sectional grades are getting a bit clearer but it’s still anyone’s ball game. For complete rankings for each sectional go to https://njpowerranking.com/2021/05/02/sectional-rankings-for-all-teams/

The largest score of the year thus far is in the game between Bloomfield and Belleville with the first set going 37-35 in Bloomfield’s favor.

The largest margin of victory in a game this season was a Harrison win where they held their opponent to 2 points.

The most points scored in any match this year were 162 (Bloomfield, Belleville), 160 (Eastern, Cherry Hill East), and 155 (WWPN, North Burlington).

Then you have 4 teams in the Top 20 without a player in the top 50 player rater. Hunterdon Central, Livingston, Rancocas Valley, and Bergenfield have great players just outside the top 50…