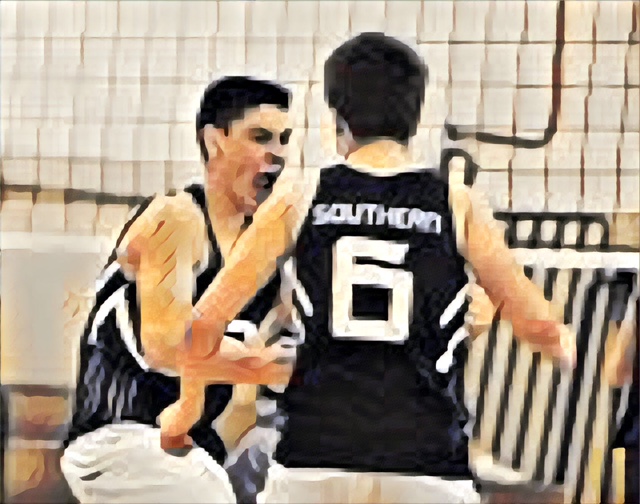 A smaller schedule of games tonight on the NJ High School Boys volleyball landscape. But there were some very interesting matchups of top 20’s. Let’s jump in to tonight’s inner look…

NJP put out an analysis post today looking at the make-up of varsity volleyball boys by class year as well as a look at some of the top sophomore and freshmans. Some cool stats to check out at https://njpowerranking.com/2021/05/04/boys-volleyball-class-year-report/

We are going to start tonight with the #2 CBA vs #23 Howell matchup today. Lots of learnings here as Howell stayed right with what we think is surely one of the top teams in NJ. Howell had a late start but you will see them jump in the rankings by staying so close to NJ’s #2 ranked team. Senior OH Jake George will be rising up the ranks of the player rater and junior Chris Mitchell brings a ton of experience to the middle position and has size and passion. Junior Collin Smith is off to a great start as setter and the Rebels are giving many talented players a chance to compete for starting roles. They are preparing to get ready for a successful playoff run.

CBA on the other hand is already firing on all cylinders. It’s remarkable how fast Colin Stevens has rose through the ranks to become one of NJ’s elite setters. He plays like he has 10 years experience on the court and his sets are pure Plugra. Jack Dooling makes the most of every opportunity and in our estimation has one of the highest hitting percentages in the state. Senior Allan Mayeregger is excelling and John Doehner, Andrew Sasso and Liam Crosby are all settling into their roles nicely. Combine all this with the coaching leadership of Monica Slattery and the Colts are going to be really tough to beat.

A real gem in #18 East Brunswick tonight as the Bears took on the Panthers of Bridgewater Raritan. EB has been loading the schedule with every top team they can get and it has raised their level of play as the season had progressed. They blasted out of the gate and dominated the first set 25-14. #14 Bridgewater gathered some momentum in the second set and powered their way to a 25-19 set win. The third set was epic with neither team wanting to yield. Aaron Zhu and Kush Oza were the difference makers as the Bears edged BR 26-24 in the third. Zhu had 15 kills and 2 blocks while Oza put up 28 assists, an ace and a kill. The Bears will be fine tuned for the playoffs and look to be a lock now unless they add more games before the state cutoff of 5/14. BR was coming off a big win over Hunterdon Central. They face rival Ridge on the 10th.

#51 Passaic Tech has won 6 of their last 7, and defeated Wayne Valley tonight. The connection between OH Annas Alhayek and sophomore setter Jesus Cuaulte-Prez has been spectacular this Spring. Alhayek has just under 100 kills and Cuaulte-Prez has 141 assists.

#17 Bergenfield hosted #11 West Milford tonight in a clash of top Big North foes. Bergenfield came in undefeated at 8-0 and West Milford entered the contest at 6-1 with a lone loss to Fair Lawn. NJP thought this one might go three but the combination of Ryan Thenell and Matt Christ was too much for the Bears to handle as West Milford cruised to a 25-17, 25-19 win.

#28 Williamstown hammered the NJP Predictor tonight with an impressive win over #21 Gloucester Tech (6-1). GT came in to the game with a slightly higher rating than Dubtown but the Braves took it to GCIT 25-16, 25-12. The combination of Lorenzo Bonomo and Drew McNellis has been so tough to contend with this season. Williamstown certainly has the ability to run the table before the state cutoff.

#3 SPF is now 11-0 as they disposed of #31 Colonia in straight sets. But Colonia took the Raiders to 22 points in both sets. Colonia is rock solid at 4-4 as they too have loaded a very difficult schedule to better prepare them for the playoffs. Scotch Plains Fanwood is on cruise control and yet to lose a set this season. Sta Rosa has been a standout, Ngumah has been a force at middle, junior Aidan Heifetz and sophomore setter Nick Schmidt have been outstanding, and other underclassman have made major contributions as well with sophomore Zach Chung anchoring the back row and freshman Tim Ennis with 40 kills, 60 digs, and 18 aces. Not sure there is a team that can beat them remaining on their regular season schedule.

#24 Don Bosco is now 8-1 as they coast past Lincoln today in straight sets. The Ironmen should be sitting pretty for a high seed in the North 1 Sectional.

A new ranking is out as of Sunday. You can access here if you have not done so already… https://njpowerranking.com/2021/05/02/njp-boys-hs-volleyball-ranking-2-may-2nd/

A new player rater came out as of Sunday, also. You can access here if you have not done so already… https://njpowerranking.com/2021/05/02/njp-boys-hs-volleyball-player-rater-as-of-5-2-21/

And lastly, a new sectional ranking is out as of Sunday. You can access here if you have not done so already… https://njpowerranking.com/2021/05/02/sectional-rankings-for-all-teams/