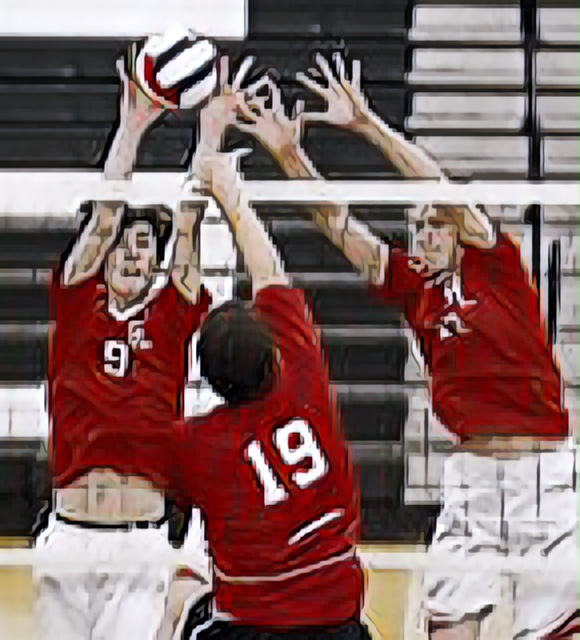 A quick reminder to make sure to check out the GEVA High Performance program information this weekend. The deadline is 5/14 so don’t wait. Info here at this link… https://www.geva.org/hp

Apologies to the NJ volleyball community… we have been informed by one of our wordpress plug-in vendors that certain tables that we have presented in the past have not be viewable over the past few weeks. We are sorry for this inconvenience and are working on a resolution that we hope to complete soon.

Tomorrow’s master schedule is the lightest of the year with just two games. If you have a game scheduled that is not showing currently, give us a heads up so we can include in the predictor… Two awesome match-ups though… Saturday Predictor at https://njpowerranking.com/2021/05/07/njp-predictor-game-selections-for-saturday-5-8/

We have updated the girls college commitment page with a few new items. You can check them out here at this link… https://njpowerranking.com/college-commitments-girls/

We have some new updates for the boys as well… at this link… https://njpowerranking.com/home/news-posts-2/college-commitments/

We will start our “inner look” tonight with a great match-up between #5 Hunterdon Central and #31 Colonia. Colonia got the early lead in game one and brought home a five point win in the first set. The Patriots would just not let the ball touch the floor despite a stepped up attack from the Red Devils. The second set was equally as close but HC figured out how to get some kills against the Colonia defense and squeaked by them 25-21. Central stepped up in the third and denied Colonia of an upset chance putting the third set away 25-17. Colonia tallied a whopping 75 digs over the three sets, 32 by libero Andrew Lukaszewski which gives him 195 on the season. Remember, Andrew posted 351 digs last year as a junior and one of NJ’s best libero’s. His influence has been contagious as Ryan Vassaliades had 14 digs and setter Sneh Shah had 11 digs in addition to 33 assists. Jerry Charles led Colonia on the attack with 13 kills and Mike Howell had 9. As usual, Hunterdon Central had a balanced attack with Avery Gould smashing 8 kills as well as 3.5 blocks. Tom Menyert had 7 kills and a block, and Matt D’Alessandro had 6 kills and 2.5 blocks. The Red Devils are now 9-1 and should fare well in the new ranking scheduled for Sunday, even with the loss this week.

The Predictor had three losses tonight, all tight three-set matches. North Bergen knocked off Memorial 2-1, with the third set going 27-25. Superb night for Gustavo Taborda who put up 6 blocks and 6 kills. Just off that pace was David Agudelo who posted 5 blocks and 5 kills. These two student athletes were the difference in this game and gave North Bergen their first win of the year. New Brunswick also got their first win of the Spring as they downed Irvington in three sets. And Bergen Catholic surprised PCTI after losing the first set 25-12. They pulled out the second game and then just got by in set three 25-23. Gio Perrone erupted for 9 kills and 3 aces and James Deegan had 6 kills and 2 aces on the attack. Brian Mendoza, who shifted from libero to setter for his senior season, notched 21 assists, 2 digs and a kill. BC improved to 2-7 and PCTI dropped to 6-4.

#2 SPF showed no mercy tonight as they ran their straight set victories to 26 on the season as they pummeled Plainfield 25-2, 25-11. Nate Sta Rosa with 10 kills and Nick Schmidt with 27 assists. But a bigger story may be that freshman Tim Ennis had 5 aces and 25 service points. Wait is that typo? LOL. He had 5 kills as well.

Union is now 8-2 after taking down Roselle Catholic tonight. Big game for D2 commit Spencer Boakye who had 11 kills, 3 blocks, 2 digs and an assist. Union has lost games to SPF and Kearny this year. Outside of SPF, the UCC has not been strong, with all teams other than SPF going 0-8 with games outside the conference. So, its uncertain how Union will fare in Sectionals. They were 10 points a set behind SPF and 8 points a set behind Kearny. Meaning they may striggle with teams over a 15 rating, which their sectional will be filled with.

Newark Tech had a straight set victory over West Essex today. They are now 7-2 and 3-1 in the SEC. Kelvin Zamor with strong game for the Terriers with 5 blocks and 7 kills. Marques Bragg had 6 kills and 3 digs and Jay Bradley had 6 kills as well.

Rancocas Valley eased by WWPN tonight in straight sets. Tyler Myers posted 9 kills and 4 aces. Josh Milke with 21 assists and 2 blocks. They are preparing for their biggest game of the year tomorrow as they put their 10-0 record on the line against #1 Southern. Here is the link to watch the game… https://www.youtube.com/channel/UCnQTtbvDjcuwl52aHyPoNhg 3:30PM tomorrow.

Fair Lawn is now 6-5 with a win over Bergen Tech. The Cutters were all business in game one giving up 12 points but Bergen Tech battled in set 2 and got it to 22. Akad, Shalom, Choi, and Ganguly leading the attack. FL is 5-0 in the Big North and 1-5 outside the conference.

Passaic has been holding its own and is now 6-3 with a win over Teaneck today. Roberto Garcia had 10 kills and Angel Larsen had 9. A monster game by Jairon Medina who posted 29 assists and 31 digs as well as a block and 2 kills. Passaic will get their standout outside hitter Josh Ledesma back on the 15th. Josh has yet to play this season for the Indians.

Kingsway is now 9-3 after taking care of Clearview in a Tri-County battle. Another big day for Clay Manning who had 9 kills. Max Ma and Austin Phalines had 6 kills each. Dalton Britner had 28 assists and 9 digs. The Dragons have a major game on Monday when they face Williamstown.

Matt Christ continued his assault on West Milford opponents as he added another 11 kills and surpased his sophomore year total of 96. Math has been a wrecking crew for the Highlanders who are now 9-1.

Christian Trevino had 5 kills, 2 blocks and an ace and Andrew Dekovics had 4 blocks and 3 kills to lead St. Joe’s Metuchen past JP Stevens in straight sets. The Falcons are now 4-5.

Payne Tech is now 10-0 and 7-0 in the SEC. Nathaniel Lopez slammed 6 kills and an ace, and Luis Carvalho had 16 assists, a kill, and 5 aces for the Lions. In addition, Davin Aguilar had 5 kills and a block and Confidence Burrowes had 5 kills and 3 blocks for Payne Tech. Just how far can the Lions go this year?

Wayne Valley appeared to have built some momentum and were back on track for the Spring but they ran into the “Sack Pack” at Hackensack. The leader of the Pack today was Jalen Allen who posted 10 kills, a block, and 12 digs. Jerry Chablay, who announced his commitment to play volleyball for Kansas Wesleyan today showed off his stuff with 11 digs and 7 kills for the Comets. Torres, Peralta, and Philip were all great contributors. Hackensack outlasted the Indians 29-27 in the first set and then held the second to move to 7-4.

And lastly, another big game for Lorenzo Bonomo as Williamstown took down Triton. Bonomo had 12 kills, 8 digs and 2 blocks as well as three aces in one of the nights top performances. No Drew McNellis tonight but it didn’t stop the Braves from getting to 8-1 on the season and posting their 7th straight win.

Volleyball Moms are THE BEST!!! Still time to buy a gift for Mom’s Day… maybe a gift certificate for a dental implant?