In Memory of Richard T. DuHaime 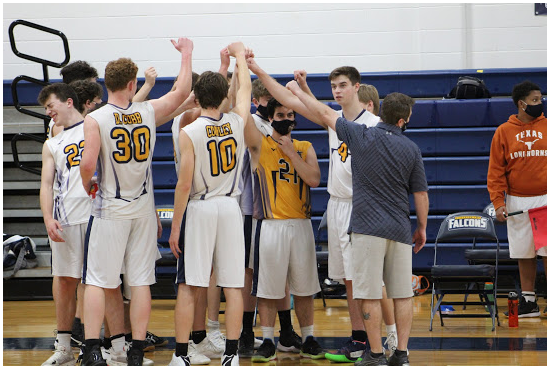 This past year, we have all learned to not take anything for granted. Things can be taken away from us on a seconds notice. And that we must cherish our time with family as things can change in an instant. We are big believers that everything happens for a reason and while no one can look at a worldwide pandemic and see any good come from it, we like to look through a different lens.

The one thing the pandemic has done is that it has truly built a greater family bond. As much as we looked at being sequestered in our homes for extended periods of time as a bad thing, it almost mandated greater interaction with immediate family members. It forced us to spend more time with each other. And for some it may end up as the most treasured time of all.

One of the members of our NJ volleyball community lost his Dad last week. Andrew DuHaime, the junior setter from Jefferson, his sister Alexandra, and his Mom, Tara DuHaime, received that horrible news this week. It was a sudden and final message. The kind of message we all have nightmares about. The time spent together over the past year may have been their greatest gift.

For a junior in high school, Andrew DuHaime of Jefferson has a lot to process. The loss of a parent is such a difficult life experience to handle, even for an adult. Andrew is part of an elite high school volleyball team that is ranked in the top 10 in the state of NJ, and they are cruising toward their county tournaments and state sectional playoffs. He had some difficult choices to make… should he take time off from the team to try to deal with this major family challenge or dedicate his games to his Father and join with his Falcon brothers and teammates. For Andrew, the right choice was to support his teammates.

For any kids under the age of 21, coming to grips with life changing events is a critical part of their maturity. And boys all mature at different paces and times in their lives. So as the news of Andrew’s father’s passing rippled through the community, you just never know how high school age students will react. Life can be brutal at times as well as amazingly good. The peaks and valley’s of life are all a part of what makes life worth living. That’s just so hard to understand when you are young.

But, let’s talk about how the high school volleyball community supported Andrew through his journey and the great sense of maturity that these young players and coaches showed during this extreme time of adversity. With his Dad passing on Tuesday, Jefferson had games scheduled for Wednesday against Vernon and Thursday against Ridge. Coach Jeff DeYoung of Vernon was made aware of the situation with Andrew’s Dad. When Andrew played his heart against the Vikings, and with Andrew serving for game point, Coach DeYoung pulled Andrew aside a queued a standing ovation for the young man, to recognize his performance and efforts in his dedicated game. Every Ridge player signed a condolence card and gave it to Andrew prior to their game. And on the night of his Dad’s wake, both his entire Jefferson Falcon and GSE club teams showed up to support Andrew. Credit to the leadership of Coach Marc Gaydos of Jefferson and Coach Jordan Elam of GSE.

There are typically no words that can be said to make a person feel better when something like this happens. But these types of gestures can be incredibly comforting and hopeful. It proves that the color of your jersey in NJ doesn’t matter. We are a united volleyball community and a band of brothers that is heartwarming to see. Along with hundreds of supportive comments on his social media post honoring his Dad.

But the story here is about Andrew’s dedication to his Dad. He put his heart into his game over these two days and had his best sets of his high school career. Against Vernon, Andrew had 20 assists, 3 digs, 3 aces, a kill and two blocks. The next night against #5 Ridge, he had 32 assists, 9 digs, 3 aces, 2 kills and 1.5 blocks and came away with wins in both nights. A truly amazing effort.

Our hearts go out to Andrew, Alexandra, and Tara, as well as the entire DuHaime family. It may sound crazy to you, but your Dad is not gone. You will get to see him every day. It may be in an expression, a word choice, or many other reminders that will keep him close to your heart. And for Andrew, as he gets older, every time he looks in the mirror, he will get glimpses of past memories that will warm his heart for generations to come. With an angel on his shoulder.

Donations in lieu of flowers may be made to the Mary Therese Rose Fund, 33 Wolfe Drive, Wanaque, NJ 07465 or https://marythereserose.org.

Special thanks to Jefferson Coach Marc Gaydos for his leadership and heart in communicating this message.