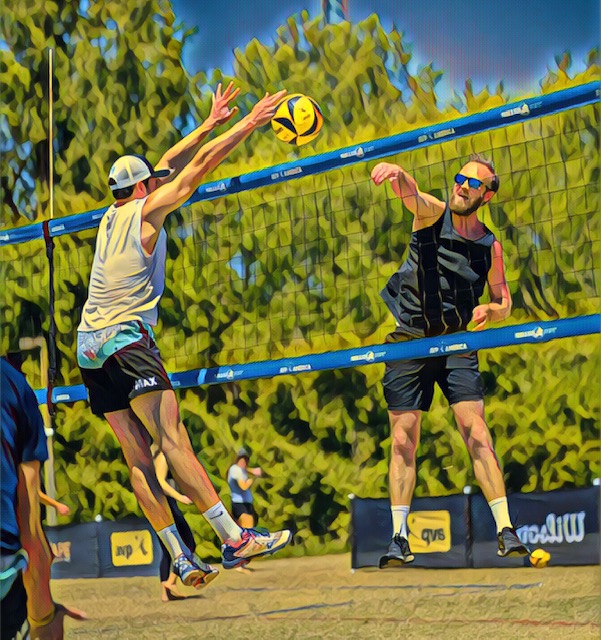 We have updated the college commitment pages for both boys and girls tonight. Lots of new choices for current seniors as we wind down the school year. Check them out on the “College Menu” on the Homepage.

Last day to sign-up for GEVA High Performance is tomorrow. Amazing response from the girls. Boys chances of making a squad are way higher than the girls… Last day to check it out at https://www.geva.org/hp

Kudos to the NJSIAA for making the decision to bring down all the walls on eligibility for the state playoff tournament requirements due to the COVID situation. Any team who wants to play in the Sectional, can do so now. No minimum games and now win-loss record requirements. This will drive larger participation in each Sectional and could mean 5 rounds instead of 4. Al Stumpf at NJSIAA is the best… He is our NJ Volleyball Superman!!!

This will take our analysis on Sectional Playoffs and throw it out the window… except for the rankings. But it’s amazing news.

We continue to stress that our site is community based. It appears that some of the NJSIAA decisions were communicated to Coaches by email this past weekend. Our commitment is to bring transparency and accurate volleyball info to our community as soon as it is available. We always appreciate these insights from Coaches when they receive it. Especially decisions that affect the community in such a large way. The same goes with game schedules. We so appreciate when players or coaches give us heads up that they are adding a game to the schedule or if the master schedule is not accurate. Every night we see games that were not on the Predictor from the night before. Your help ALWAYS makes for a better site. If you see a link or an error, we will correct it immediately oif we know what it is. The value of the community is just so high in this area. Again, we appreciate our fans and followers more than anything!

Hunterdon Central again solidified their top 10 presence coming into the playoffs as they took down Livingston in three sets today. It was just the second loss of the season for the Lancers. Avery Gould, John Harwell, Matt D’Alessandro, and Tom Menyhert handled the balanced offensive attack. The Red Devils out blocked Livingston 7-1 and out-dug them 25-14. Chris Lynum had 12 kills and Kellan Sun added 10 for the Lancers.

Kingsway dominated Gloucester Tech today in straight sets. Max Ma had 9 kills and 4 aces, Dalton Britner had 22 assists and 6 aces, and Clay Manning added 6 kills as Kingsway moved to 10-5. GCIT fell to 11-3. Ryan Campisi had a strong game for Gloucester Tech with 6 kills and 2 blocks.

Newark East Side received another magical performance from Nick Lima as he slammed 17 kills in their straight set win over East Orange, who entered the game at 5-1. Nickolas has such an amazing story coming from Brazil in 2019, joining the Red Raiders, and then having the season cancelled. He is an amazing young man and we just completed an interview with him which can seen at this link… https://njpowerranking.com/2021/05/14/beastsides-nickolas-lima-raises-red-raiders-hopes/

What an interesting game in Sparta today as Pope John hosted Jefferson. Jefferson has been absolutely dominating of late and jumped into the #9 slot in the full state rankings on Sunday. Pope John started the season at 2-1 and then had a two week shutdown. They emerged as a re-energized team winning their first match and then today, taking down the Falcons in three sets. Colin Mills had 10 kills and 3 blocks as well as 17 digs to fuel the Lions. Mike Lavin had 7 kills, 2 blocks, and 15 digs. Two huge games from these Lion outsides. We will have to watch how Pope John continues their mission this week and how high they will rise in the rankings.

Colonia must be scratching their heads tonight. They did everything in their ability to earn a win against East Brunswick. But the Bears won an extended third set that went 31-29 as neither team would relinquish their position. Colonia lifted up 77 digs in the three set match and smashed 19 aces but it just wasn’t enough to come away with the “W”. Sheeeesh. Colinia even outscored the Bears on the night. But The Bears have been playing tough sets all season long and find a way to stay on top in the end. They have played the most sets in NJ this season as of today. EB put up 52 digs of their own and got 8 kills from Kevin Ernst as well as 7 each from Aaron Zhu, William Cassotis and Ian Pember. Cassotis and Pember had three blocks each too. The Bears rose to 9-5.

#19 Moorestown remains undefeated and is now 10-0 after easily handling WWPS (7-2) in straight sets 25-20, 25-10. This was a statement game for the Quakers as some have questioned the quality of opponent that has led to their undefeated record. But an average 10 point per set win over WWPS, a team that has a rating of almost 17 shows they can stay with the best NJ has to offer.

Big Olympic Conference matchup tonight as Paul VI squeezed out the tighest of victories over Sterling in three sets. The last two sets went 25-23. Paul VI is now 7-3 while Sterling dropped to 5-4.

Huge performance by Vin Shah tonight in Hillsborough as he led the 9-3 Raiders, #13 in the new ranking released Sunday, over #19 Bridgewater-Raritan. 20 kills for Shah who is among the leaders in the state. Jack Freese had 6 kills and 2 blocks for Boro. Conor Regan led the Panthers with 6 kills, 2 blocks and 3 digs.

Nice game from Rutgers Scarlet Raider commit Aaron LaPlaca as he punched-out 8 kills and a block in another win for #4 Old Bridge. Nick Shon had 27 assists for the Knights. St Joe’s fell to 4-7 but remain a team to watch in the Central sectional. Old Bridge is expecting a seed very close to the top for the tourney based on two consecutive championships and just one loss on the season to go with their 9 wins.

Williamstown has run their record to 11-1 and now have an 11 game win streak as they pummeled 8-3 Camden Tech. Bonomo again with a colossal game for the Braves posting 10 kills, 10 digs, a block and 4 aces. Braves hoping for a super high seed in states. We have them at #5 in the South but that may change before the week ends.

We posted a rating and ranking progression analysis which will show all four ratings and rankings from preseason through current. This will give you an idea as to who is climbing and who is dropping in recent trends. You can see that analysis at this link… https://njpowerranking.com/2021/05/12/rating-ranking-progression-analysis-for-boys-high-school-volleyball/

Our recent team statistic analysis “by set” was left in draft mode and did not launch Tuesday as promised. Here is a link to that analysis and it is now live… https://njpowerranking.com/2021/05/13/team-statistics-overall-by-set/

We have been updating livestream links so the NJ Volleyball community can watch NJ high school games free on their phones or other devices. There are 35 schools currently listed that broadcast home games. That link is here… https://njpowerranking.com/2021/04/20/boys-high-school-live-stream-links/

If you know of other links, please send them to njpowerranking@gmail.com.