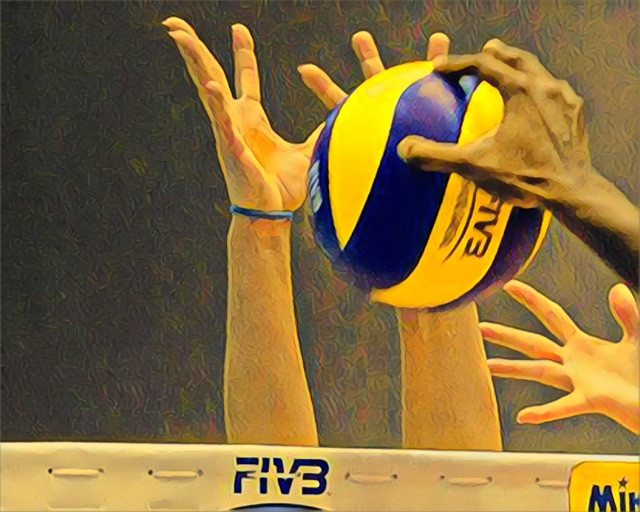 Team Recaps were posted today to provide quick access to detailed game scores for each team, as well as opponents rating factor, to give our fans a sense of strength of schedule for each team. The analysis is from the beginning of the season through the cutoff date for state playoffs. The post is live at https://njpowerranking.com/2021/05/20/nj-high-school-boy-team-recaps-through-state-cutoff/

Did you send your Clip of the Year in yet? You know you want to… deadline is Saturday.

Let’s start our inner look tonight with some of the county tournament games:

Indian Hills brought down Hackensack today to earn a semi-final spot in the Bergen County Tournament. Indian Hills has won 5 in a row and are peaking at the right time. Brandon Banks has been all-world for the Braves this Spring. He had another amazing game today to lead his team to victory. Brandon is now at 141 kills for the season and has added 96 digs. Big shoutout to the senior as he will now have a chance to bring down #5 Fair Lawn in the semi-final match. In the other Bergen County semi-final, Don Bosco will take on Bergenfield. Bosco downed Bergen Tech powered by CJ Barker’s 12 kills today.

Josh Ledesma put down 9 kills to fire Passaic past Clifton tonight in the Passaic County Tournament. West Milford also advanced and will take on Passaic next. With Ledesma joining the team this past week after missing most of the season, West Milford will be in for a spirited encounter from the Indians. Ryan Thenell blasted 16 kills for the Highlanders as they eased past Passaic Charter.

In the Shore Tournament. Marlboro earned a first round win with a straight set win over Pinelands. The Mustangs got 8 kills each from Nick Brzoska and Dan Marino. They will likely get Wall next in the Quarter-finals.

In Hudson County, St. Peter’s Prep downed Bayonne in straight sets in Bayonne this afternoon. Never would have guessed this would happen on “World Bee Day”. Junior Joe Parise had 5 kills and 9 digs and Senior Aidan Apito had 5 kills, 10 digs and a block for SPP in the high tempo game. The Marauders get the right to play Kearny in the Hudson County Championship on Saturday. Kearny disposed of Union City in straight sets. Santi Lopez had 14 kills and Marcelo Garcia had 10 for the Kardinals. Hudson Catholic will be rocking on Saturday morning for the finals.

After starting the season 0-7, St. John Vianney has won three in a row, all three set matches. The Lancers have been rejuvenated by sophomore Jack Farah who has just been lights out these past few games. He added another 14 kills and 11 digs giving him 111 and 93 for the season. In the last three games, Farah has 54 kills, 50 digs, 2 blocks and three aces as he has quickly climbed up the statistical ranks, especially for sophomores.

Rancocas Valley knocked off one of the last unbeaten teams in the state by edging Moorestown in three sets. Tyler Myers racked up 13 kills and 2 aces and Nathan Nankervis had 10 kills. Josh Milke had 27 assists, 3 blocks and 2 kills for the Red Devils. Moorestown drops to 11-1 and Rancocas Valley improves to 15-2.

Jefferson mowed down Lakeland in straight sets today to improve to 13-2. Dan Pugliano with a big game for the Falcons posting 6 kills, a block, an ace, and 6 digs.

One of these days, the NJP Predictor will get the Ridge game picked correctly. Colonia outmuscled the Red Devils today in three sets taking the last two games in convincing manner. Sneh Shah, a very under-rated setter in NJ, had 34 assists, 10 digs and 2 kills while he distributed the offensive attack masterfully. Steven Miller blasted 13 kills and Mike Howell had 10. Will Harrison had 8 kills for Ridge. Colonia dug up 65 digs, 22 of which were from Andrew Lukaszewski. Ryan Vassiliades added 11 digs as well. Ridge remains a wildcard in the North 2 Sectional at 8-8 and will need to stabilize their performances to sustain a win streak in Sectionals.

Southern is now 21-1 after drubbing TRN today. Tommy Deakyne had 8 kills and three digs and Dylan Lockwood had 14 assists and a kill.

Another great performance by Nick Lima who posted 13 kills, 5 digs, an ace and a block to drive Newark “Beastside” to another win. NES is now 10-2. Ethan Itkis had 10 kills and 2 blocks in a losing effort for Millburn.

Here is a great message about how high school sports is about more than the wins and losses… the character that is built is often not measured the same for some reason. Whether your team wins or loses in your tournaments, realize the benefits of playing go far beyond what you may think…