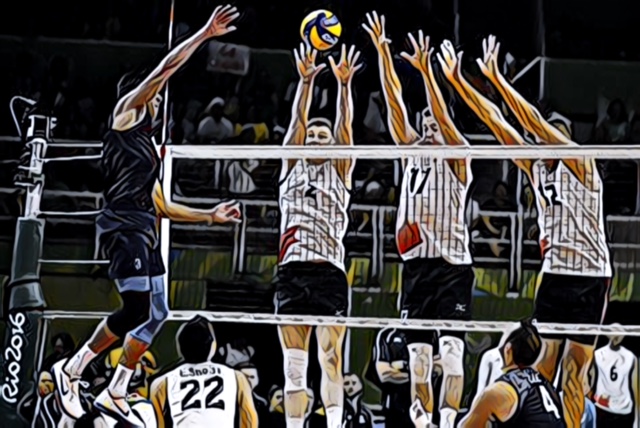 Just another Friday night of NJ High School volleyball with a full schedule of games including a bunch of county tournament action. Let’s jump right in to the inner look…

#6 West Milford avenged their only loss of the season with a solid performance taking down #5 Fair Lawn in straight sets. It was the Ryan Thenell show as the D3 Stevenson commit slammed 17 kills and 2 blocks to super-charge the Highlanders to a 16-1 record. Fair Lawn fell to 13-6 as WM stopped their 8-game win streak.

#25 Newark Eastside had a dominating performance this afternoon as they defeated Payne Tech for the second time this week. NES shut down the Lions and executed at the highest level with a 25-15, 25-12 win. Nick Lima continued his hot streak with 13 kills, a block, 7 aces and 5 digs. The Lions have now dropped 2 in a row at the worst time as state playoffs are looming. NES moves on to the SEC final.

Also in Essex County Tournament action, #24 Livingston handily defeated Bloomfield 25-16, 25-13 as Kellan Sun smashed 8 kills and Chris Lynum added 6 as the Lancers moved on to the Championship game and will face Newark East Side on Monday. The Predictor will have a tough time picking a winner for the Championship match as the margin between these two teams can be split with a razor.

#16 Moorestown got back on its winning ways, after dropping their first game of the season to #8 Rancocas Valley, and advanced through their first round South Sectional playoff game. This is the first result from the NJSIAA state playoff bracket.

#33 Pope John has been red hot and sported a 9-1 record as they faced 13-2 and 13th ranked Jefferson. Jefferson is filled with Garden State Elite Volleyball Club team members with DuHaime, Osbuth, Pugliano, Giampapa and Del Gaizo. Their team leader Shane Conley is the teammate of Pope John senior leader Collin Mills and the Lions Jacob Jones is also a GSE team member. So, the reunion was sure to be a fun battle. Shane Conley had 15 kills and Austin Osbuth added 8 as the Falcons stopped a seven game win streak of Pope John in a straight set win. DuHaime with 26 assists, Giampapa with 15 digs and Puliano with 4 kills. Colin Mills had 9 kills and 14 digs and Jacob Jones had 10 digs and 2 kills for the Lions. Jefferson is now 14-2.

In Shore Conference tournament action… Howell beat Central Regional 25-21, 25-15, with Pat Mullen, Chris Mitchell and Angelo Vulpis leading the attack. Manchester Township and Lacey battled in one of the closest matches of the season. Manchester took the first set 26-24 and Lacey fought back to take the second set 26-24. The third set, of course, went to extra time with Lacey finally putting this one away 30-28. A heartbreaker for Manchester and (14-4) Lacey survives the first-round scare. Wall cruised past Middletown South in straight sets in their first-round match and Jackson Memorial (11-2) took down Red Bank Catholic to advance to round 2.

Three of the four GMC first round matches went to three sets today. First year program Monroe continues its freshman success at varsity with a 9-2 record and a GMC tournament first round win. Vishal Patel with a monster game with 18 kills as the Falcons take down Iselin-Kennedy in three sets. Edison slipped past Woodbridge in three sets 25-17, 22-25, 27-25. Spirited effort from the Eagles with solid efforts from Chunmay Mosur, Adam Modzelewski, and Hans Gava. JP Stevens is a solid team with a high level of skill but they needed to battle, like every team playing Piscataway this season, to gut out a 25-17, 20-25, 25-21 win over the Chiefs. Piscataway has been close to so many top teams but have yet to get the “W” this season. South Brunswick eased past North Brunswick in straight sets to advance to round 2.

The NJP Game Predictor has been solid as continue to gather data and refine the ranking system. It’s functioning at a 9 wins in 10 games rate this past week.

Thanks for everyone who participated in the Instagram Clip of the Year party tonight. There are plenty more to add and we will probably unveil the next batch on Sunday. Make sure to get all your submissions in for the NJP Clip of the Year contest by Sunday at noon.

Santi Lopez of Kearny played on the SideOut Sports 18-1 club team this winter. His teammates were Aidan Apito and Ryan Karbowniczak from St. Peter’s Prep. These two teams face each other on Saturday morning in the Hudson County Championship. Despite being good friends, it’s unlikely we will see any kisses tomorrow as Kearny and SPP have a heated rivalry in just about every high school sport. Kearny is #10 and SPP is #12 as of Sunday. This one will be queued up for three sets for sure. The Predictor says St. Peter’s Prep 22-25, 25-21, 25-23

#20 Williamstown and #9 Hillsborough face each other tomorrow and will be another test for the Braves. If they pass this one, we may see them in the top 10 Sunday. Hillsborough will use the game to get ready for the Skyland semi-finals on Tuesday against #21 Bridgewater-Raritan. The Predictor says Hillsborough 25-22, 24-26, 25-21

Wayne Valley vs. Wayne Hills tomorrow as well as the winner will advance in the Passaic County tourney to face Lakeland. NJP will give Hills the slight advantage in this rivalry game. The Predictor says Wayne Hills 25-20, 25-21