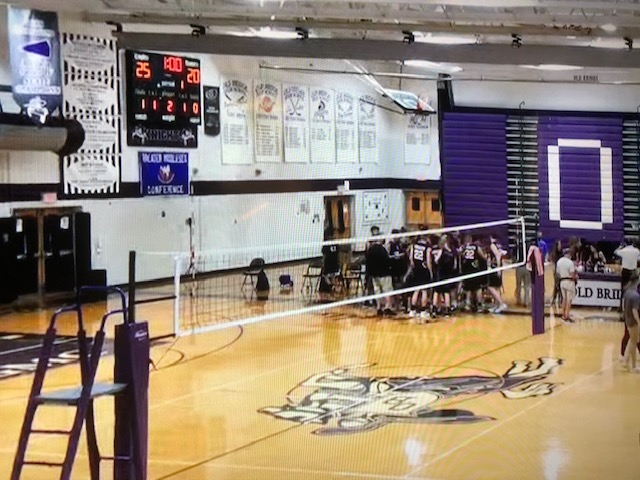 After repeating as state champs, the Knights will typically have a bounty on their heads as every team in the state wants to beat the perennial champs. But Old Bridge arrived a bit late to the show this year after following protocol for the first two weeks of the season. By the time the two weeks were over, fans were talking about CBA and Southern and a new undefeated team at SPF. So the Knights were allowed to come on to the scene at their own pace and promptly knocked off East Brunswick twice, Colonia, St. Joe’s and Hillsborough, all top 20 teams.

At 6-0 they faced Southern and battled in a three set defeat and then went on a tear with an 8 game win streak. They faced CBA in a match up of Central bests and the Colts took it to the Knights in straight sets which for some was a bit surprising. Now the Knights have won three in a row again including today’s victory over East Brunswick in the GMC Tournament Championship.

The games appeared closer on the scorecard than in reality. Old Bridge was cruising at home today and Brian Snook looked unstoppable, especially in the second set. Old Bridge has been near perfect this year, with just the two blemishes on their record. They remain one of the Central Region powers and now will focus on their road in the state tournament. Will they be the team to play 6 more games or will that journey to a three-peat be cut short? Stay tuned.

Nick Schon spread the offense tonight and had solid distribution on the attack. Blake Krapf led the Knights with 9 kills and Brian Snook and Pavlo Chernyshov each had 7. Zach Cuisinier smashed 6 kills, Jeremy Smith 3 and Schon took 3 for himself. Only 14 digs on each side as both teams stayed in system most of the game. Aaron LaPlaca had a minor injury and sat the game out for the Knights. Schon had 26 assists and Rob Obdyke had half of the digs with 7. Each team only had 2 blocks for the match.

The Knights are now 17-2 and will be the favorite to reach the Central Sectional Finals along with CBA.