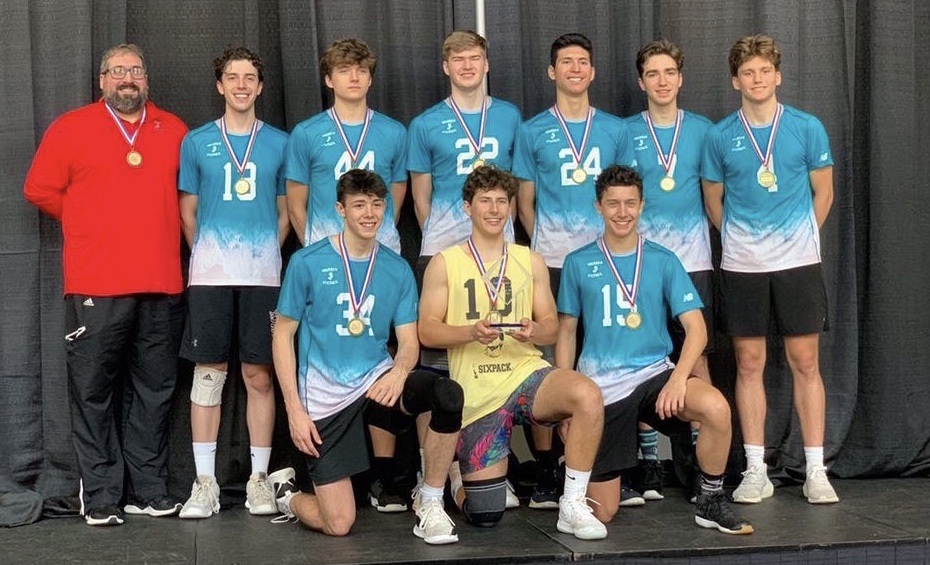 Yes! Club volleyball is back in the limelight after a miserable season filled with cancellations and postponements. Travel tournaments were major challenges and now that things are starting to settle in the NorthEast, Warren SixPack took 6 teams down to Richmond for the Boy’s East Coast Championships at the Richmond Convention Center. Many other NJ club squads headed to Atlantic City this holiday weekend as well but more on that later.

On Saturday, the team went 2-1 with wins over AVA and Coastal VA. They lost their last match of the dat to SNVF. Pool 2 yielded a win over Annapolis and tough three set loss to Orlando, as well as a win against MVP. This earned them a spot in the Gold bracket to compete for top honors in the tournament. 18 started with a win over JJVA and then faced SNVF, the team they lost to on Day 1, for the Championship. They won the first set 25-20 but yielded the second set 19-25 to set up a third set to 15 for all the marbles. It was a tight back and forth affair but Six Pack 18’s won the Championship 15-13. Congrats to all of the boys!

The 17’s just had a rough first day, losing all three matches (Niagara, MVP, MVP SFL). Second day… much different story as they swept some of the best teams in the country in Adidas Academy, St. James Boys, and ACAD. This earned them a spot in the Bronze division where they won the first game over RVC and lost in the Bronze championship to Adidas.

Two 14 teams participated at the level. 14-1 finished 4-5 and advanced to the finals of the Silver bracket. 14-2 finished 2-5 and also lost in the silver round playoffs.

Congratulations to all teams for a fine job representing NJ this weekend in Richmond. Safe travel to all.