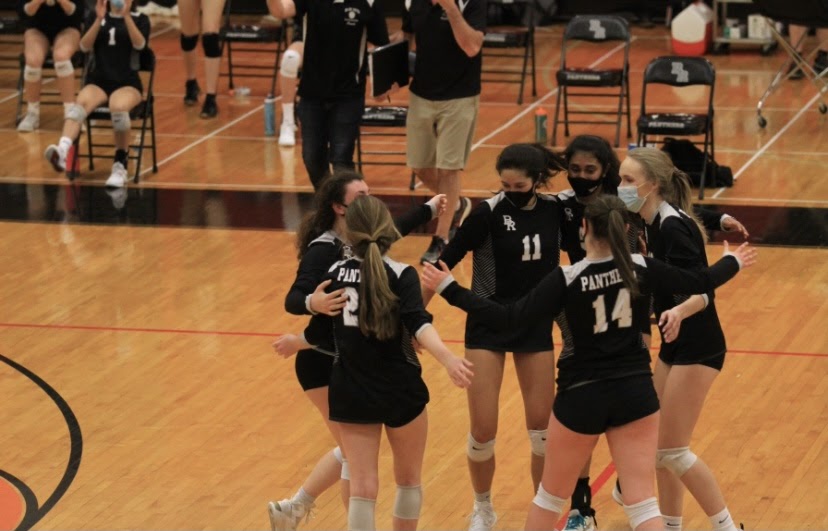 For the last few years, Bridgewater Raritan has found it hard to get back to the glory they saw during the 2016-2017 season where they finished 22-7. They were 22-45 over the next few seasons and rallied back last year with a winning record. I big reason for last years success was Nikki Blair.

Nikki took the high school volleyball world by storm as a freshman having an outstanding campaign as a first-year varsity player in 2019. Blair did not slow down with her assault on Bridgewater Raritan volleyball opponents during the shortened spring season as a sophomore. In both seasons, she has averaged 7 assists per set and doubled her kills per set as a sophomore. She is a strong quarterback to the Panther offensive attack, has a high VBIQ, and also has the pedigree to be an outstanding performer.

Her brother, BJ Blair, just graduated from St. Francis in Pennsylvania where he was a D1 setter for the Red Flash. He had a storied career at Bridgewater Raritan himself, winning NJ Player of the Year in 2015 as he led the Panthers to a 37-1 record and a state championship. He posted nearly 2,000 assists in his three years at varsity.

Nikki would love to mimic her brother’s performance as she enters her junior year and sets her goals high for the rest of her high school career. She is confident this years team will be a winner.

Blair started playing club volleyball at age 11, much younger than the average NJ player. She has been at CJVA for the past 5 years. This spring, she finished eighth in the state in assists despite being just a sophomore. NJP expects her to be dominant this fall and near the very top of assists in New Jersey.

More than the statistics, Nikki will be one of this year’s leaders on the court as a junior. Bringing a winning spirit and attitude to the floor can be a difference maker, especially with the potential of the Panthers squad in the fall.

Here is our interview with Ms. Blair…

Hi Nicole. Thanks for joining the NJP player interview club. Tell us a bit about yourself?

Hi! I’m Nicole Blair, but you can call me Nikki. I am going into my junior year at Bridgewater-Raritan Highschool. I live in Bridgewater, New Jersey, and I will graduate in 2023. I live with my mother, father, older brother, and older sister, but both my siblings already graduated college. My brother played D1 volleyball at Saint Francis University, and my sister played D3 lacrosse at The College of New Jersey. I also have two dogs; their names are Crosby and Coco.

I have played volleyball since I was really little. Both my parents and my brother played, so I was always around it. My first year playing club was when I was 11.  I just finished my 6th club season at the end of June, 2021, and I’ve been at the same club for the last 5 years.

I am 5’6, and I am a setter on both my club team and high school team. I play at Bridgewater-Raritan High School and Central Jersey Volleyball Academy. My favorite position is definitely setter, but I like playing any of the other positions as well.

Tell us about your Panthers teammates. Who do you expect to be this year’s standout players in the Fall?

My teammates at Bridgewater are some of the most amazing girls I’ve met. They’re always so welcoming, and we all connected both on and off the court.

That’s a really tough question because I think that there are a bunch of girls who are definitely going to be great this season and add a lot of value to our team.

College volleyball is something I definitely would want to do, but I know that being a college athlete can be very challenging. Finding a school where I can balance both athletics and academics would be ideal. I’m thinking about going into physical therapy or social work, so I’ve been looking into schools that would have a good program in either one of those directions.

Despite losing 7 seniors to graduation, the Panthers have 9 returning varsity gals and some top level up and coming club players such as Rivera, Sincebaugh, Velastegui, and Osses for Fall 2021. Will this be the Panthers year to dominate the Skyland?

Although we are losing a good portion of our players from this past season, I think we will still have a really strong team. Of the returning players, we all have a great connection with one another which is such a good thing to have, and I’m hoping we connect with the new players on the team as well. I’m really hoping this is our year for Skyland.

Can you tell us about your club experience at CJVA?

My experience at CJVA has been nothing but amazing. I can’t explain how grateful I am to be able to play there. The coaching there is fantastic, everyone works well together, and the environment overall is just such a great place to be. Every team I’ve been on has had great chemistry with one another, and we worked so well together. I have made unforgettable memories at CJVA, and I have met such incredible people there, including my best friend. I couldn’t imagine playing anywhere else; CJVA has been my home for five years. I could not have asked for a better environment, coaches, or teammates.

What is the best part of playing setter?

I think the best part of being a setter would be that I have the ability to change up the offense to try and make it a better fit after considering who is on the other side of the net and where. As a setter, I put a lot of pressure on myself to make sure our offense is positioned well to take advantage of the other team’s defense.

My team and my coaches motivate me because I always want to play my best for them; I don’t want to let them down. I’m always motivated to get better so that, as a team, we can play at our best.

Both my high school coach, Corey Romanak, and my club coach, Andrea Salazar have both been great mentors for me. They always push me to be better and to be the best that I can be. They are such amazing people, and they have both helped me become who I am today, both on and off the court. I am so grateful that I have had the chance to play for them.

I love to cook; I always find recipes and want to try them out. I also really like to read and play with my dogs.

I think the most important qualities a teammate should have to be a good team captain is a good attitude and just having the ability to stay positive in tough situations. Being able to maintain a good attitude allows your teammates to trust you and follow your lead. By having a positive attitude on the court, even in tough situations, your teammates will have the same type of attitude.

I think being an athlete makes you a better student and worker because it’s really important to have good time management skills, and it shows you have a great work ethic. Being an athlete and student at the same time is a lot of work, but it really pays off.