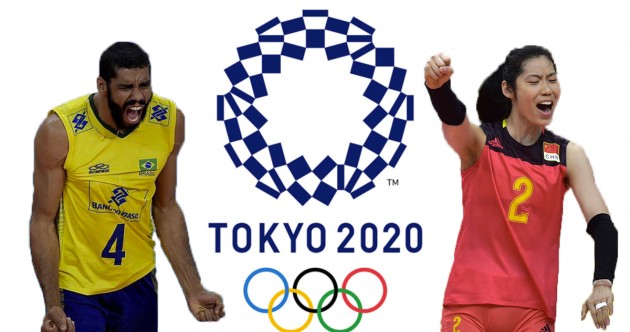 The Olympic games start today for Volleyball in Tokyo and our USA teams for both men and women, hard court and beach, are settling in for some of the best competition in the world.

How will our American teams do over the next few weeks? Well, we asked some of the prominent members of NJ Volleyball community to help us figure that out. Eight “Guests” will take on the NJP Predictor as we navigate our prognostications for the Olympic volleyball competitions. We put out about a dozen and a half challenges and have assembled 8 worthy opponents who will try to smoke the NJP Predictor in head to head match-ups.

Our first task is to determine which teams will get out of preliminary pool play. The second task will be picking medalist once the pool play competition is over. But first things first…

All participants will be selecting the Men’s hard court selections. 7 of 8 are in for the Women’s competition. And 4 have agreed to participate in Beach volleyball selections.

Here is the cast:

We have also added some of NJ’s most prominent players such as Fair Lawn setter and D1 commit to New Jersey Institute of Technology Gil Zyndorf, St. Peter’s Prep outside hitter and D3 commit to Rutgers Aidan Apito, Gettysburg College commit Michaela Ryan from Cherokee, and TCU Beach Volleyball commit for 2022 Sarah Wilcock from Mendham.

We will be tracking all of the participant’s individual records as they try the seemingly impossible task of “Beating the NJP Predictor”. Well, maybe not so much here… we shall see.

Here are all of the selections….