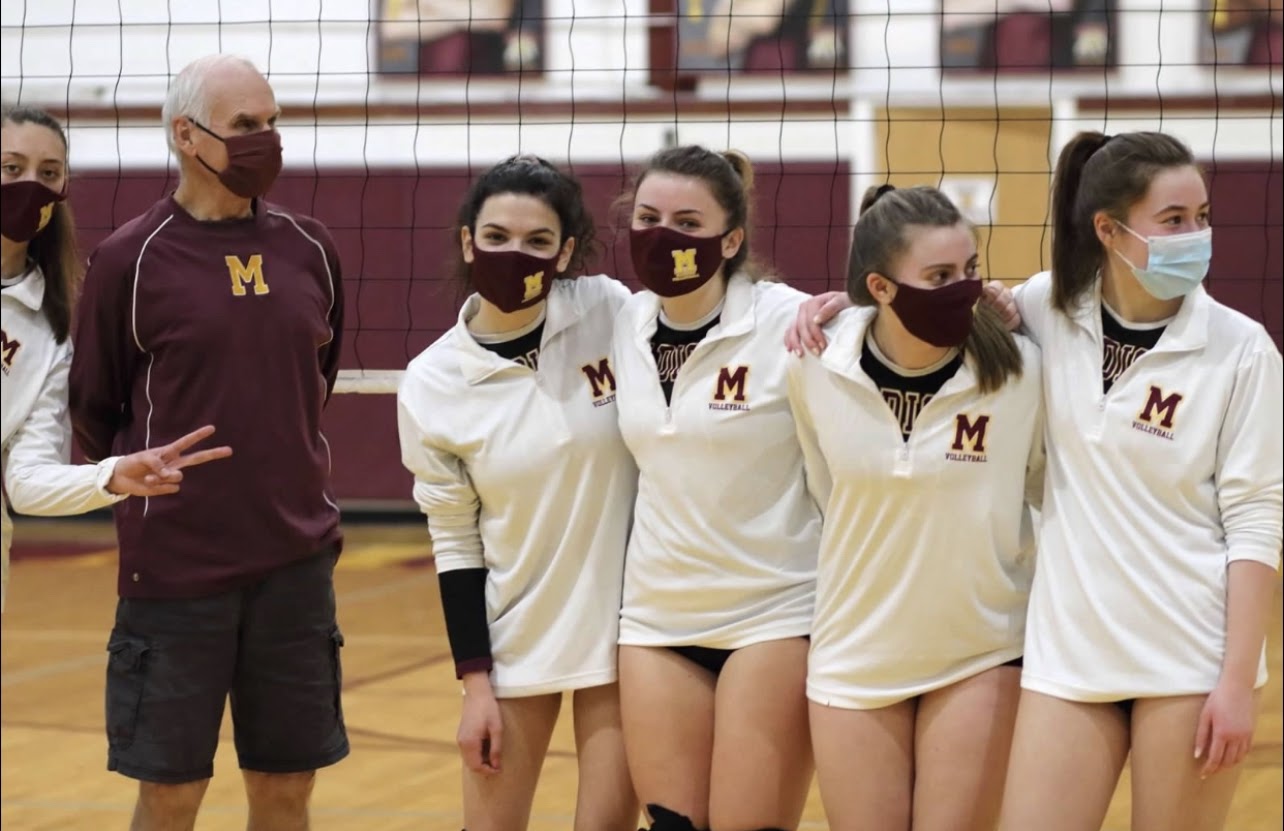 The Madison Dodgers are coming off an outstanding spring season where they finished 10-4 and made it all the way to the North Jersey Section 2, Group 2 semi-final game. The senior-laden roster was filled with a great group of talented players, but an unsung hero was sophomore Katelyn Williams who made her mark in her first varsity campaign. Katelyn made a substantial contribution at outside hitter racking up 63 digs and a block on the defensive side and 25 kills and 9 aces on the attack.

Katelyn has benefited from a year of Club volleyball at SOS and continues to hone her skills. We expect her to be a breakout candidate as a junior with the full season scheduled and the Dodgers losing 7 of 11 seniors to graduation from the Spring squad.

Williams is a versatile outside hitter. She has a strong defensive game, and her serve continues to improve. If she settles into a 6-rotation role, she will have ample opportunity to put up a double-triple numbers (over 100 kills and 100 digs in one season) this Fall.

Madison has some nice returning players that will fill in the gaps from the departing seniors including junior Sydney Bruns, and senior Captains Chiara Papa and Hannah Piechnik. The expected rise of sophomore Layla King, a club player for GSE 16 Premier, was pre-empted by her move to North Carolina this summer.

Madison is just outside the top 100 in NJP’s preseason analysis and will get strong competition from Morris Catholic and possibly Kinnelon in the NJAC-Liberty division. Dover is also a team to watch after missing the entirety of the Spring. Despite the losses of personnel, we expect Madison to get its usual infusion and replenishment of talent and come together for another winning season, with Katelyn leading the way.

Here is our interview with Ms. Williams…

Hi Katelyn? Thanks for joining the NJP player interview club. Tell us a bit about yourself?

Hi! My name is Katelyn Williams and I am entering my junior year at Madison High School as a part of the 2023 graduating class. I live in Harding, New Jersey with my father and brother, who is attending Susquehanna University this fall, and my dog, Skye.

Before starting volleyball, I was a gymnast, but then switched to volleyball after I had a back injury. I started volleyball because my mom played at the University of Utah and both my mom and dad have coached club, so it was something I was interested in. I started a little over three years ago and have been playing since then!

I am a 5’7 outside hitter for my high school Varsity team and am an outside/opposite for Sideout Sports Volleyball Club. I mostly like to play outside, especially with different tempos/plays, but I have also been playing opposite recently and I have really enjoyed that!

Tell us about your Dodger teammates. Who do you expect to be this year’s standout players in the Fall?

With 7 teammates graduating last season, there are many new faces this upcoming season. Everyone has been working so hard during preseason and I am so excited to see our game play. With 9 new Varsity players, there will be a lot of new talent this year. Sydney Bruns (junior) has really improved with setting, as well as senior captains, Hannah Piechnik and Chiara Papa, who have been improving with hitting. Bruna Cornehl (junior) has gotten better both offensively and defensively as well as Angelina Christoffers (sophomore) who’s offensive play has really improved.

Tell us your best memories of your sophomore volleyball year.

There were so many amazing memories from last year. Every practice, scrimmage, and game we had fun and worked hard which is why I think we worked so well together. Although it is hard to pick one, I think one of the most memorable times was when we won against Rutherford at sectionals. Everyone was just so excited and happy, and it was just so fun.

What an outstanding sophomore campaign you had for Madison with 25 kills and 63 digs while notching 9 aces. What are your goals over your next two seasons of high school volleyball?

Overall, I am looking to improve and become a better player over the next two seasons. I have been working a lot with my setter, Sydney Bruns, towards making different plays. I also am always looking to improve defensively, especially attempting to get a touch on the ball even if I don’t think I can.

Both my high school coach, Stephen Fenton, and club coach, Jeff Gogates, have really helped me improve as a player and a teammate. They have both taught me so many things and have pushed me to be the best player that I can be.

Madison loses 7 of 11 varsity players to graduation.  Where do you see the team finishing in the upcoming season?

Although there are a lot of new faces this season, I think we have all connected quickly and I am excited to start the season. Although we lost at the semifinal last season, I believe that we have the ability and the talent to win as long as we set our mind to it and work hard.

Tell us about your club experience at Side Out Sports…

In Summer of 2020, I went to Sideout Sports for a camp and instantly loved the environment and players there. The coaching staff has pushed me to be the player I am today and I could not do it without them or my teammates.

I think the toughest competitor we’ve played was Morris Catholic. Last season, we played them 3 times: they one the first game, we one the second, and we knew going into the third game it was going to be a fight. Unfortunately we lost, however, I think we played very well and it made us better players in the end.

I have definitely lost many games for my team because I was in my head. When this happens, I try to just focus on the next point instead of focusing on my mistakes.

I think attitude is one of the most important factors in having a successful game. Not having the right attitude not only affects you but it affects your whole team. It can easily bring everyone down which is why it is important to not focus on your mistakes but rather the next ball.