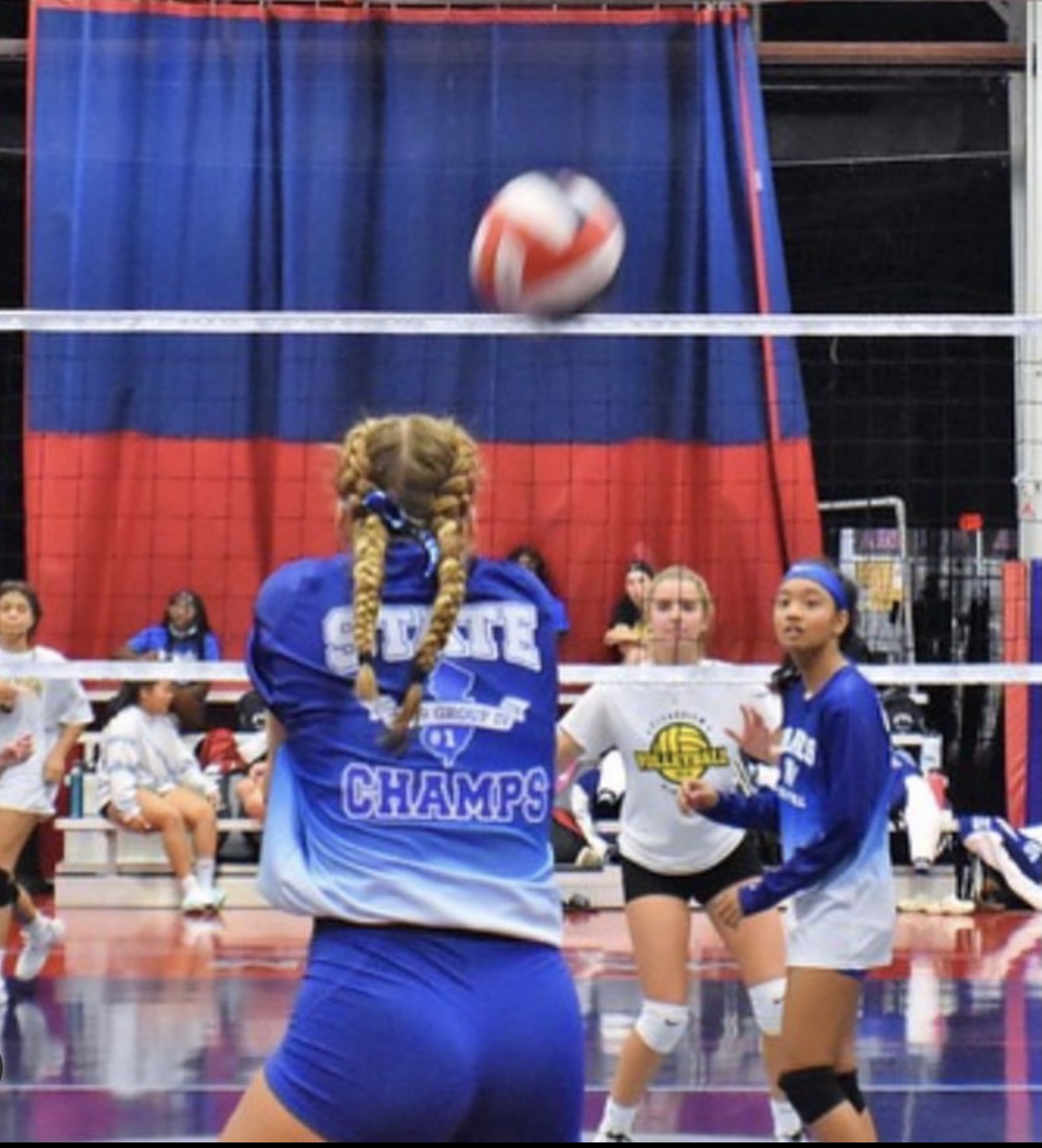 In the last two seasons, the Williamstown Girl’s high school volleyball team is 44-5 and has a Group 4 sectional title to show off as a result. The Southern Regional thwarted their chances for a repeat this Spring with the Braves losing their only two losses to the Rams, the second of which was in the sectional semi-final. The program, led by Chris Sheppard, is a perennial powerhouse and always near the top in the state rankings.

NJP has the Braves at #13 in their preseason rankings and #1 in the Tri-County Division. Despite losing 6 seniors to graduation, and those seniors including NJP Tri-County Player of the Year Mckenzie Melvin, and the presence upfront of Jaylah Rolle and Alex Verchio, and their main setter Camille Contreras, they return 11 quality varsity players.

One of those returning players is outside hitter Julia Schwab. Julia was such an incredible contributor during her sophomore season this Spring as she broke-out with 84 kills, 60 digs, and 18 aces. She was able to keep pace with Melvin in just her second year at varsity and we expect she will be the driving force on the attack for the Braves this Fall.

Schwab has played club with EVA the past few years and it shows. She has built relationships at the club level with many of her current Williamstown teammates, so when they hit the floor this season that will already be ahead of the game on positioning and communication. Julia has a superb touch at the net. You can see she has played beach volleyball by the way she handles her attack. Her placement on kills is uncanny in regard to accuracy. And she uses the entire zone of opponents to target points.

Defensively, she has played DS in the past and is an excellent passer and all-around defender. She has the foundation set to be one of the most “complete” players in the Tri-County. And she will provide the foundation to build-on over these next two seasons.

Here is our interview with Ms. Schwab…

Hi Julia? Thanks for joining the NJP player interview club. Tell us a bit about yourself? (What school do you attend, what town do you live? What year are you graduating? Tell us about your family? etc.)

Hi! My name is Julia Schwab and I attend Williamstown High School. I’ll be a junior this year and graduate in 2023. I’ve lived in Williamstown all my life. I have two older brothers Steven and Michael. The oldest is currently going to TCNJ and the other lives at home with me and our parents.

I grew up playing many different sports including dancing, t-ball, basketball, and soccer.  I started playing volleyball in the 5th grade because it was a very popular sport at my school and all my friends were trying out for it. To learn more about the sport and get better I joined my first club SJVBC at age 10 and fell in love with the sport.

I am 5’7 and my position is an outside hitter/DS. My favorite position has always been an outside hitter because I love the ability to end points quickly. My defense has improved over the last 2 years playing beach volleyball.  So, I play all around at both Williamstown HS and Eastern Volleyball Academy (EVA).

Tell us about your Dubtown teammates. Who do you expect to be this year’s standout players in the Fall?

I expect this year to be better than last year. This will be a young Dubtown team, but they are all great players and friends. Almost all my teammates and I have played together outside of the high school season as well.  I have played with our libero Mia Owens since 5th grade, and she is a stud. I also have played with our setter Joanna Andrews and Dajah Williams the last 2 club seasons. Joanna has the ability to set the ball to any person on the court from anywhere. I can’t wait to see what we accomplish this year and next.

I would like to play volleyball in college. If not indoor then maybe beach volleyball. I am looking at staying on the East Coast, maybe Florida. I’m still thinking about my career path. Math and Science are my strongest subjects; so, I’m considering Engineering.

What an outstanding sophomore campaign you had for the Braves with 84 kills and 60 digs while notching 18 aces. What are your goals over your next two seasons of high school volleyball?

NJP Projects Williamstown to have another powerful team and comes in at #13 in NJ in our preseason analysis. Where do you see the team finishing in the upcoming season?

I think my team has the ability to do great things in the next two years. When we come together and play as a team, things will flow. We will be unstoppable.

Tell us your best memories of your sophomore volleyball year.

Although my sophomore year was a short-season, it taught me a lot. It made me realize not to take everything for granted and fight for everything that you can get. I started playing beach volleyball last summer because of the delay in the High School season. I really enjoyed that because my partner Rachael Kunicki and I traveled a lot and had the best time together playing every weekend on the beach.

Tell us about your Coach Chris Sheppard…

Coach Shep is the best coach I have ever had. He pushes everyone to their limits and strives to be the best we can be. He helps everyone make adjustments to help improve our play. He gives us his heart and soul and treats us as his family. Along with Coach Shep being a huge influence on me Coach Coop has been as well. I’m lucky to have the best two coaches in South Jersey.

Do you plan on playing club volleyball this fall?

Yes, I do plan to play Club volleyball this year.

I play for Eastern Volleyball Academy (EVA) in South Jersey and will be on the 17’s team this season. Most of us have played on this team for the last 3 years led by Coach Marc Boncardo and Kevin Schroeder. Between indoor club and Beach volleyball training at EVA, I’ve spent a lot of time there. I love my EVA family.

My favorite volleyball story has to be from my freshman year. At an overnight tournament the girls and I had a pizza and braiding night. This night we ordered food with some of the parents and the very few girls that knew how to braid would do everyone’s hair. We all had either 6 or 8 cornrow braids in our hair that we slept in and played with the next day. I remember having a blast just spending time and playing games that night and hope we have this tournament again.

Yes, I look up to my two older brothers who have played sports their whole life. My oldest Brother Steven had been wrestling since he was 4. He proved his dedication by placing at States. The determination and effort that I saw him put into his sport all my life has helped me form a passion for my sport. My other brother Michael has played football since he was 5 and later in high school switched to Rugby where he won a State Championship. He has shown me that no matter what you need to fight through to the end and push to reach your goals.