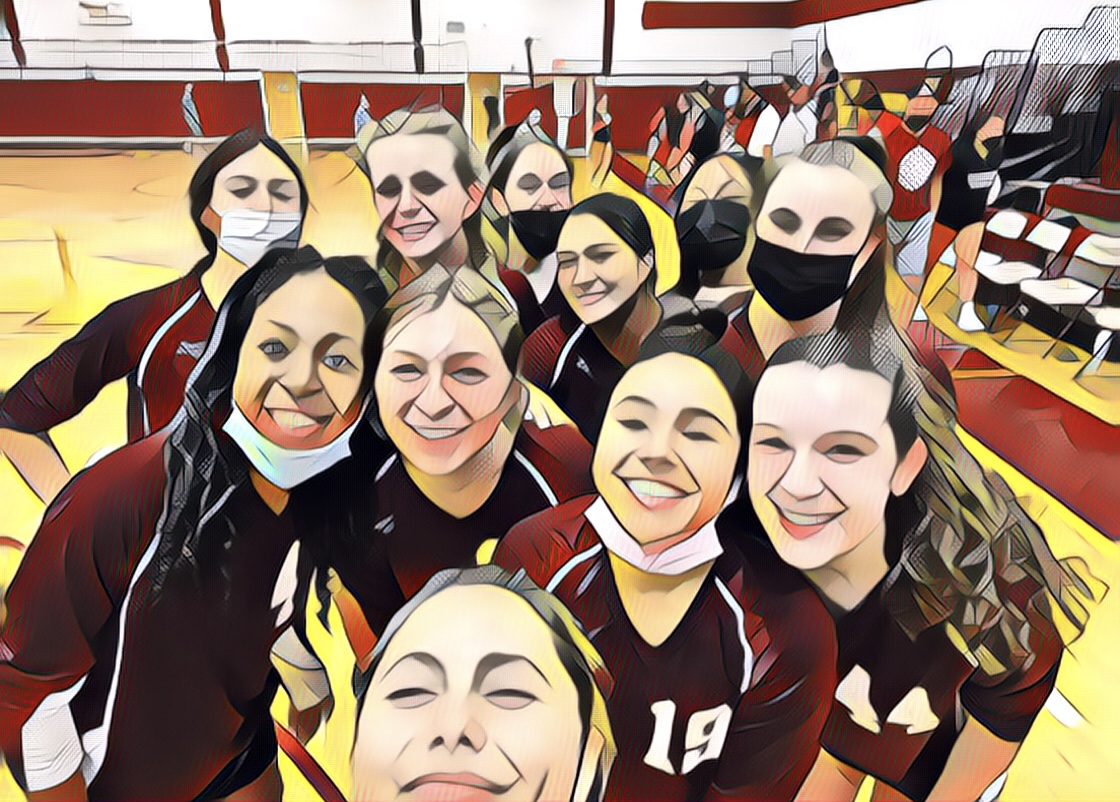 The season has 60 days left before the TOC finals. Compared to the Spring season, that sounds like forever. Enjoy the ride…

Another full schedule for Wednesday. On to the games tonight…

Sydney Bruns had 12 assists and smashed 9 aces leading Madison to a victory over Dover. Izzy Hunter had 5 aces and Katelyn Williams and Hannah Piechnik each had 3 kills in the win. The Dodgers are now 5-0 and off to a great start in the NJAC.

Roxbury vs. Mendham was the marquis match-up today and the game did not disappoint. It was a three set thriller with Roxbury outlasting Mendham 25-22 in the deciding set. These are two of the NJAC’s best squads and will battle with Sparta for top honors. The Gaels are now 6-1 and Mendham falls to 4-2.

Corrine Hughes and Hailea Krause were outstanding today as Southern gathers momentum with a win at Central Regional. Hughes smacked 7 kills, 2 aces and 2 blocks while Krause ripped 5 kills, 4 aces, and a block in the Rams straight set victory. Southern is the best 4-5 team in NJ.

Mount St. Dominic Academy improved to 8-2 with their win at East Orange. Bridget Lonergan had 6 kills and 5 aces while Isabella Rivera posted 15 assists and 2 aces in the Lady Lion victory.

Sparta racked up another win in the NJAC as they swept passed Pope John 25-9, 25-10. The Spartans look somewhat invincible so far this season. Standout freshman Aralyn Saulys and 6’1″ junior Bryn McCurry have brought a high level of talent to a team that dominated in the Spring, but lost a ton of great players to graduation. New Head Coach Caitlin Jozefcyk has things well in hand during her first campaign.

Another dominating with for Paul VI as they continue ruling the Olympic Conference. Their only blemish is to unbeaten North Hunterdon and they have stacked their schedule to be well prepped for their big league matchup with Washington Township on the 29th. They will face WWPS on Saturday and host Delaware’s top ranked team Padua Academy from Wilmington on the 28th.

IHA blitzed DePaul in straight sets, outscoring the Spartans 50-17. Marissa Roberge, Brookelyn Talmadge, and Deanna Whelpley had 3 kills and Grace Coughlin added 4. IHA had 16 aces for the match, Maddie Sandt had 4 of the 16.

Demarest blew out Tenafly in another Big North clash of Titans in the Tigers home gym. The margin of victory will drop Tenafly in the ranking as they fall to 1-3. Demarest has been prefect thus far and continues to get big performances from Taylor Miller, Gretchen Haray, Niki Woods, and Gianna Galli. Olivia Cammalleri had 18 assists and Denise Pak lead the Norseman in digs with 10. Demarest has stacked their schedule with top ranked teams over the next three weeks which will aid them in the rankings.

Lenape improved to 3-2 with a huge win in the Olympic over Eastern. Devin Roskoph had 7 kills and 2 blocks and Ava Rankin posted 3 kills, 2 blocks, and 3 aces. Bria Morgan notched 3 kills, 3 digs, and an ace and also was awarded the coveted “Spirit Stick” for the match. Way to go Bria!!!

Morristown fell to Montville in a scary NJAC matchup. Morristown’s brilliant senior Brooke Atkins went down in the third set with an apparent knee injury. Wishing her a very speedy recovery and we hope to see her back in the lineup soon.

Kinnelon surged back to a winning record at 4-3 after defeating Hanover Park in three sets. Hanover Park took the first set but the Colts galloped back to take sets 2 and 3 and earn the victory. Kinnelon has won 4 in a row after opening the season 0-3.

SPF got back on their winning ways today with a straight set win over Union Catholic. Kaelin Cunningham had 23 assists and both Victoria Solsky and Morgan Kinard posted 6 kills. Tori Cirillo lead the Raiders with 13 digs. Caroline Evans and Rachel Williams each had 5 kills for Union Catholic.

MILESTONE: Congrats to Mount Saint Mary Academy senior Mariella Hilyard who surpassed 400 career kills in the Lion’s match against Warren Hills on Tuesday. Mariella has had triple digit kills in every season she has played including her freshman year in 2018-2019. She now sets her sights on reaching 500 before her high school career ends later this Fall.

The first week of the NJP Predictor has gone as planned with an 83% overall win percentage thus far over the first 160 games. We will see if we can get to the 86% target by 1,000 games.

A few other observations…

There continues to be a lot of games that never reach the master schedule.

There are still a lot of teams who do not enter player statistics.

There are some teams that only enter Wins or Losses without game scores.

Hoping to bring awareness and encouragement to help make the girl’s season awesome for the players and their families. High School season, for some, are just one or two years. Hate to miss opportunities to make it the very best.

OK… public service announcement over! Have a great day!