MSDA’s Bridget Lonergan Off to Fast Start for Lady Lions 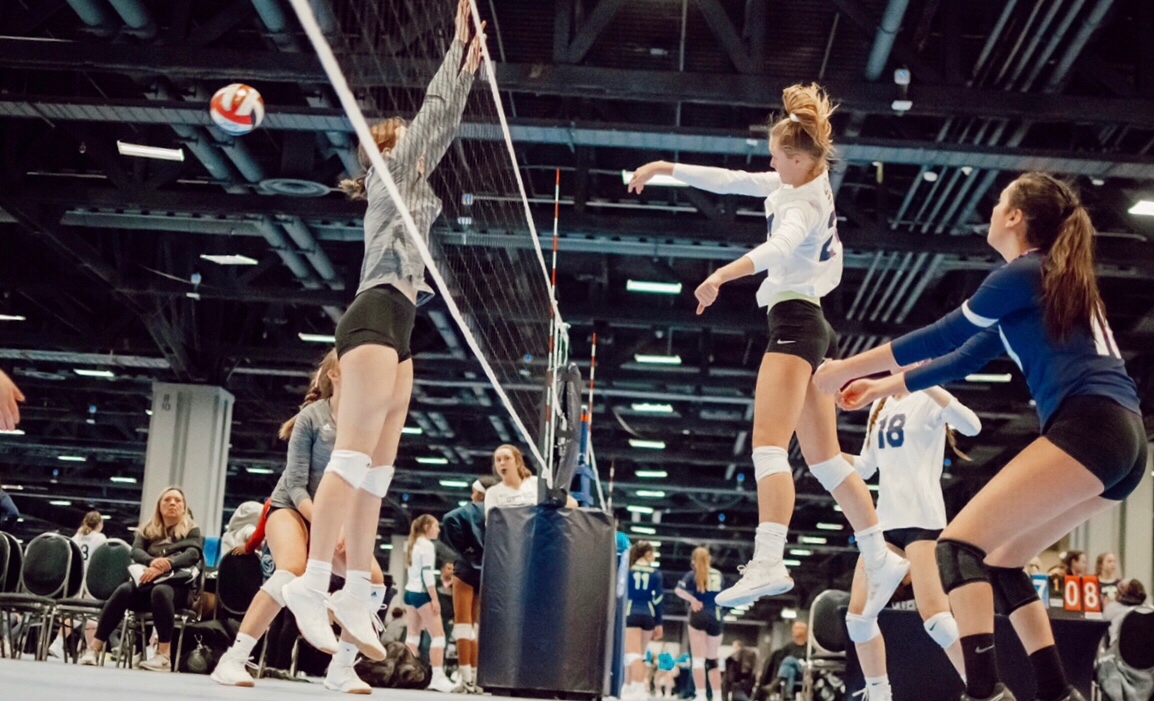 In 2018, Jessica Sanderson completed her senior year of volleyball for the Mount Saint Dominic Academy Lady Lions. She was a star player who put up more kills than any other player in NJ for two consecutive seasons, ending her career with 1,245 kills, 59 blocks, 557 digs, and 155 aces. MSDA went 25-7 that season, won the Prep tournament, advanced to the Essex County Semi-final, and went deep into the state tournament before being upended by Union Catholic.

When Jessica moved on to play D1 volleyball at Tufts, a freshman emerged the next season named Bridget Lonergan. Lonergan was a familiar name to those associated with the MSDA program as Bridget’s older sister Katie was already having success on the volleyball team as a junior. Now that Katie has graduated, Bridget is evolving into the next Jessica Sanderson for the Lady Lions. She led the state in kills early this season and is having a breakout year in the SEC.

Lonergan is a tall, athletic, and agile middle, bringing power and speed to her hits, and a dynamic presence on her blocks. In her first 10 matches, she has 77 kills to show for her efforts. But even more impressive is her 27 blocks on the season thus far. She has also been a contributor on the service line with 19 aces.

Bridget has had an awesome experience at Sideout Sports, playing club and raising her game since the age of 12. With her older sister as a mentor and role model, volleyball has been a big part of her life and her passion and love for the sport continues to grow. It’s hard to fathom that Bridget is just a junior when she hits the volleyball floor. But she has so much to look forward to as she finishes her junior year, rolls into next season returning all of this seasons varsity starters, and possibly goes on to play at the collegiate level if she wishes. Because the offers will definitely come.

Here is our interview with Ms. Lonergan…

Hi Bridget. Thanks for joining the NJP player interview club. Tell us a bit about yourself?

Hi, I’m Bridget Lonergan. I’m a junior at Mount Saint Dominic Academy and I currently live in Verona with my parents and brother (my sister’s away at college).

I’ve been playing volleyball for roughly 6 years. I started with clinics at Sideout Sports, since my sister was a part of a team there. I actually disliked the sport when I was in middle school and wanted to pursue a career in lacrosse. However, as I invested more time into volleyball through playing for my town and joining my first club team, I started to fall in love with it.

I’ve always played for Sideout Sports VBC as a middle blocker. I’ve always been very tall- currently 5’10, but subject to change. Even though I’m a middle, all around outside is probably my favorite position. I love to be the outlet and having so much space to work with on both defense and offense (something middles never experience). However, I would say MB is a very fun position to play because of how fast paced it is. Let’s just say I am always hoping for a free ball from the other team!

Tell us about your MSDA teammates. Who do you expect to be this year’s up and coming and standout players in the Fall?

The team this year is great, there really is a tight bond between all the players. We have a pretty young team- almost half being underclassmen- with a lot of talent. Specifically, two teammates of mine that really standout this year are Izzy Rivera and Brooke Algieri. Izzy’s only a sophomore, but she is a really skilled setter. She’s a very hard worker both in games and practices, and her role has proved vital to the success of the team. Brooke Algieri is a junior and our core outside; she can always be counted on to either kill the ball or pass it well. She is constantly putting in maximum effort, cheering the loudest, and motivating the team- something that never goes unappreciated. Overall, I think all of the girls have been working really hard, and I’m super excited to see the way the season will progress.

Tell us about your club experience at Side Out Sports?

I started at Side Out Sports when I was in 6th grade, and I’ve stuck with them ever since. The coaches do a really great job at giving every player an individual experience and making them feel special. I’ve made so many great friends at the club and have gotten to travel to so many places with them. The overnight tournaments are definitely the highlight of club volleyball. All of the players that have been a part of the club forever know that it truly feels like one big family.

I am currently not planning on becoming a student athlete in college, but that’s subject to change. As for what I want to study, I am still trying to figure out what subject I am truly passionate about. I hope to pursue a major in writing, computer science, or maybe economics. I think my classes this year are going to really help me recognize what I want my career path to be.

You have had a breakout season thus far as a junior and are right at the top of kills and blocks in the state this Fall. Has there been any factor that have brought it all together for you as a player?

This year I have definitely taken on a big leadership role on the team. Being an upperclassman and a co-captain, I knew that people were counting on me to perform well. It’s also my second year playing with my setter, Izzy Rivera, so our connection is a lot stronger than last year and we’re able to work really well together.

The team is off to a great start at 8-2. How far do you think the Lady Lions can go this season?

I think with our increasing skill, bond, and trust, the team is going to be very successful this season. Every game has been better than the last. We have a lot of potential and are hoping to make it far into counties and states. Especially with our new head coach, Maya Barton. I can’t wait to see how she and the program grow together.

How has your older sister Katie influenced your involvement in volleyball?

My sister deserves a lot of credit, she is the biggest reason I play this sport. We had the privilege to even be teammates for two years during the high school season, which was a lot of fun. It was great to have each other’s backs, she’s always been my support system. Katie has taught me basically everything I know and continues to motivate me even while she’s away at school.

I have a lot of favorite college volleyball players. I would say I really admire Elli McKissok from the University of Florida. As a libero, she played over many talented upperclassmen despite being a freshman. She proves that if you work hard, you can achieve anything, and that age means nothing.

I have so many stories! One time my club team and I had to go straight from the courts to the airport and fly home, and we ran into Jason Garrett! I also sprained my ankle because I tripped over myself in the middle back. And I fractured my thumb while blocking because an outside hitter tooled it so hard. My whole hand was purple!

What is your favorite food to eat the night before or day of a big game?

My food bag for tournaments never changes. It always has a banana, peanut butter, and a knife. My teammates can attest to this. Sometimes I throw in a granola bar for a little spice.

I love traveling to compete, this is a really hard question. I think I have to go with a classic- the Capitol Hill tournament in Washington, DC. I’ve always loved that city and how big the convention center is. Team bonding is always the most fun at that tournament.

When I’m under pressure in the middle of the game, I focus a lot on technique. It’s common to almost “blackout” and forget what you’re doing when it’s a super tight and important game. I just put a lot of emphasis on my footwork, it helps me avoid making unnecessary mistakes.