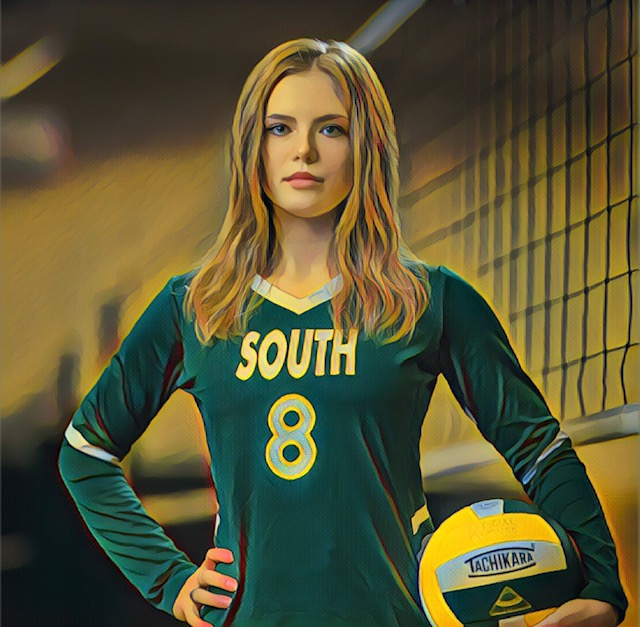 We posted some statistical updates by class grad year today, highlighting the impact players by their grad class. Links are shown here:

You have to feel for Tenafly this season. The Tigers have opened the season at 1-4 after dropping matches to Pascack Valley, Old Tappan, Demarest, and Northern Highlands. We expect the Tigers to get a bit of A break over the next five games and eventually rally to gain a state playoff birth. Northern Highlands wrecked Tenafly tonight in straight sets despite 25 digs from Anna Taufield. Ruby van der Heide was again a start for the Highlanders as she hammered 5 kills as well as 15 assists and 12 digs in the 2 set match. Clare O’Connor pounded 8 kills and an ace, and Emma Lomuti smashed 7 kills of her own. The Highlanders are now 6-0 and hitting their rhythm early as they look for consideration to be NJ’s #1 team.

The Saddle Brook Falcons are quietly at 6-1 in the NJIC after polishing off Wallington in straight sets. Some exceptional performances tonight from Saddle Brook team members to note. Gabriella Gusciora banged 3 kills and 4 aces but she was unstoppable on the service line gaining 23 service points in the match. Gianna Vitello hammered 6 kills and 4 aces on the attack and Abigail DePeri raised 10 digs on defense. Kylah Carter bashed 5 kills as well for the Falcons. Saddle Brook remains a team to watch in the NJIC.

Mendham put it all together today as they overwhelmed the Pope John Lions in straight sets. Another awesome performance by Sarah Wilcock who notched 10 assists while dumping 5 kills. Poppy Skjonnemand was buzzin as she laid down 7 kills and Annibelle Ernst slugged 6 kills as well. Maddie Miller was outstanding for the Lions as she bashed 4 kills and squashed 3 blocks. Mendham has been perfect this Fall except for tight three set losses to Sparta and Roxbury and is now 5-2.

Montville rebounded after losing the first set and nosed out Morris Hills in an NJAC battle. Montville was a terror on the defensive front lifting many of the Morris Hills attacks as they racked up 64 digs over the 3 sets. Sofia Fernandez led the way with 16 and Ellie Rothenbuhler and Michela Voit lifted 12 and 11 respectively. Katherine Gorski led the attack for the Mustangs as she crushed 10 kills and 3 blocks. Both teams are now even at 4-3.

Massive South Jersey matchup of undefeated teams today as 9-0 Williamstown took on 6-0 Washington Township. Township won the Williamstown Tournament on the first weekend of the season and the Braves were ready to reestablish their presence as South Jersey’s best team. Dubtown came out hard and thrashed WT in the first set 25-12. The Patriots fought right back taking set two 25-22, gathering momentum going in to deciding set 3. But Williamstown would not be denied and edged WT 25-20 to stay undefeated and gave the Patriots their first loss of the season. The Braves dominated statistically out-killing the Patriots 39-12. Dajah Williams was fire as she stoked 17 kills for the match and Julia Schwab was equally as impressive with 11 kills, 4 aces, and 13 digs. Joanna Andrews served up 36 assists and Mia Owens raised 14 digs in an amazing team effort. Williamstown will stake their claim as NJ’s #1 team this Sunday in NJP’s Ranking #2. One more team drops from the unbeaten ranks.

Jefferson is now 8-1 as they sacked High Point in straight sets. The usual players excelled for the Falcons as Emily Carcich (15 assists) set up Maggie Gesek (6 kills) and Mackenzie Rock (9 kills) on the attack. The Falcons have a big home matchup with Mendham on the 28th which could carry significant meaning in the NJAC standings.

Clearview is now 6-1 after disposing of Kingsway by wreaking havoc on the service line. 13 aces drove the Pioneers to an easy victory. Avery Roberts had 5 of those aces while adding 3 kills and 4 digs.

Interleague play is great for the NJP rating system as it feeds the rating algorithm with useful data and allows early season comparisons on league strength. The Skyland Conference’s Mount St. Mary squad at 4-1, took on Columbia from the SEC who came into the match at 6-1. Mount St. Mary represented the Skyland conference well today as they inched past Columbia in three sets to improve to 5-1. What an amazing job by Mariella Hilyard who slugged 17 kills and 3 aces in the match while also taking care of business defensively with 16 digs. A real “first-team” performance by the senior. Semrit Nijar crushed 10 kills and 2 blocks and Reagan DeMarco orchestrated the perfect symphony with 30 assists. Avery Anderson was an ace on defense for Columbia with 21 digs but the Lion’s attack was just to fierce today.

A spirited win by Toms River South as they fend off Jackson Memorial in a shore battle. Fifteen assists for Nicole Henniger aided the Indians to get back to the .500 mark at 4-4 for the season. Jordan Motyka had 5 kills and Nashley Aimarino and Jordyn Lynch each had 4. Adia Ducasse put up the blockade three times while Morgan Adams had 2 blocks.

When GMC private schools Mother Seton and St. Thomas Aquinas get together, its always a blistering rivalry match that brings intensity and pride. The match tonight was no different as wills were tested and heroes emerged. Mother Seton came out supercharged in the first set and pounded the Trojans 25-16. It looked like it would be a one-sided affair but STA took the wake up call and delivered in sets two and three to take the match going away. The Trojans were able to neutralize the leading server in NJ, Liahnna Orange, limiting her to no aces in the three sets. This has only happened twice in the juniors career, and both times were in her freshman year when she ripped 71 aces in her first season. But the hero for STA was Olivia Alicante who socked 16 kills for the match. The sophomore has been a standout this season.

Demarest has been a machine all season long and is showing no signs of slowing down. They are such a solid team and are being recognized by USA Today as the best team in NJ. The front line is one of the most formidable in the state with Taylor Miller, Gretchen Haray, Gianna Galli, and Nike Woods. With Olivia Cammalleri quarterbacking, and Pak, Villa, and Kramer on defense, it’s one of the most talented team in the state. Plain and simple. Paramus was the victim today as the Norseman ran their record to 6-0.

The Blue Tide Invitational Tournament is this weekend. See details below:

And lastly, we will take a look at the Toms River North matchup with Brick Memorial in South A. Both teams came in 4-1 and have showed signs of superior strength in the Shore Conference. Two very different systems and attack plans. TRN relies on numerous weapons and lets setter Riley Budenas spread the offense to multiple weapons. Memorial has a ton of talent, but leverages their standout D1 beach volleyball commit Kate Stoughton as much as possible. Kate is a star and can win games on her own with perfect hit placements and superior smarts and VBIQ. Tonight, Kate put on a show, popping in 23 kills, 3 aces, 7 digs and an assist, in one of the best performances of the year by any player. But it just wasn’t enough to take out the Mariners. The Mustangs could not stop the diverse offense of TRN as Chloe Dyson, Jessica Spalletta, Victoria Laudien, and Darlyn Neyra had 9, 7, 7, and 6 kills respectively in a show of talent on many levels. We will not want to miss the 10/15 matchup when these two teams clash again.

The NJP Predictor will be taking the light Saturday schedule off as we prepare for Ranking #2 on Sunday.

For any Boys players checking out this blog… note the following…