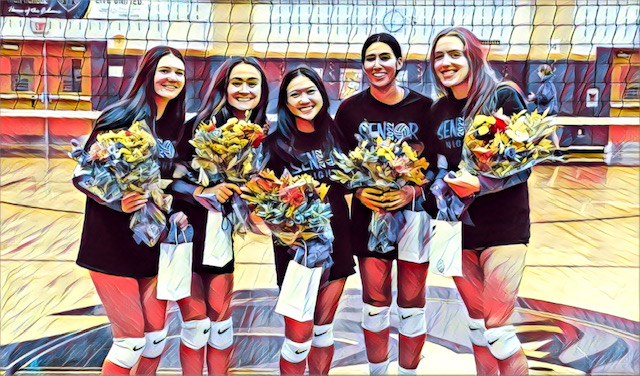 We continue to watch tonight’s scores trickle in with great anticipation of which teams will eventually bring down the Lock(S) of the Night. We have expanded from picking one game a night to 2, then to 6, then to 10, moved to 15, then 20, increased to 25, and now tried 30 game selections for tonight. So far we are 25-0, with 4 games going to 3 sets, but remain unbeaten on the day. We are hoping the late night score submission will surface an underdog winner.

The NJP Predictor had another solid day posting a 43-6 record bringing our season to date portfolio for the past three weeks of selections to 643-101 or 86.4%. With County tournaments already starting up, we are seeing the signals of the season hitting its peak. We are 32 days into the season and 44 days from the TOC Championship game.

Within the next three weeks, we will start to see teams dropping off and their seasons ending. It’s that time of year, especially for seniors, when we wish we can stop time and continue to relish the mid-season feeling of our team playing the best volleyball of the season. Many senior nights have taken place or will take place shortly. Some of you will be moving on to play at the collegiate level with new relationships being formed and teammates to rely on. But for most seniors, the season conclusion signifies a new relationship with our sport. Great memories of wonderful times and experiences with your teammates, coaches and friends. The spirit of competition will move to the beach or a grass court at the local park with friends. Your love for the sport will never fade, but it will morph into something completely different. An appreciation for the times that passed, perspective on watching younger players, and eventually a new passion for sharing your sport with your children in the future. And the cycle continues…

Some of tonight’s insights from the scoreboard…

It was Kelly Hector’s night as Watchung Hills took on Skyland power Ridge. The Warriors were coming off a senior night win over Phillipsburg and the positive energy was flying high. Kelly was pure fire tonight. She slammed 18 kills and posted 2 blocks in a three set match that went down to the final point. The Warriors have been showing signs of breaking out all all season and tonight’s win over the Red Devils shows their capabilities as they head toward tournaments and state playoffs.

Molly Regulski slipped back into the setter role and put up 11 assists as Southern smothered Brick Memorial today in a showdown of two of the top teams at the shore. Briana Otto fired 6 aces and Jordyn Hamlin had 6 kills. All of sudden, Southern is 11-6 and getting back to the form that projected them at #3 in NJ in NJP’s preseason analysis. The Rams have now won 9 of their last ten as they head to Toms River North on Friday and Donovan Catholic on Tuesday.

Union City appears to be the best team in Hudson County, next to Hudson Catholic that is… In the much anticipated rematch of HCIAL powers, the Hawks again took down the Soaring Eagles in straight sets. Hudson Catholic remains undefeated (has not lost a set all season) at 12-0. Union City dropped to 12-2.

Sarah Villamil had 10 kills and 5 aces as Princeton powered past Princeton Day in straight sets. Princeton has won 7 in a row and 11 of their last 12 and remain one of the hottest teams in the BCSL.

Cherokee played some inspired volleyball today as they pushed Paul VI to the limit before dropping a three set heart breaker. Paul VI has been totally dominant of late but Cherokee held its own winning the second set and pushing the match to OT.

Lodi Immaculate dropped its first game of the season as Saddle Brook knocked them out on straight sets. Gabriella Gusciora thrashed 7 kills, Julia Gusciora had 16 assists, and Abigail DePeri lifted 12 digs for the Brook. Saddle Brook improved to 11-4 and is having a great season in the NJIC. Lodi Immaculate is now 8-1.

Bridget Lonergan had another amazing game today for MSDA posting 15 kills, 3 aces, 4 blocks, and 15 digs as she carried the Lions to a three set win over the scrappy Montclair Bulldogs. Isabella Rivera had 20 assists for the winners.

West Essex stunned Newark Academy in straight sets today as Natalie LiVecchi had 8 kills and 8 digs. Courtney Turanick was a monster at the net slamming 6 kills and turned back 5 blocks. Bella Russo had 5 aces for West Essex as well.

Just a few comments about the SEC Tourney seeds. Livingston took the top seed despite MKA’s perfect record thus far. NJP has MKA ranked at the top of the SEC. Both Millburn and Caldwell are higher than the NJP ranks in the seeding and Columbia and Cedar Grove are substantially higher in the NJP ranking than the seed committee’s assessment. West Orange was seeded higher than both Columbia and Cedar Grove despite not having a win thus far on the season as of the seed date. Arts received the #24 seed, third from the bottom, despite being 9-1.

MKA will have a much tougher road to the finals but we will see how they match-up. No doubt, Livingston is on fire of late, on an 11 game winning streak, and have beaten most of the top seeds except for MKA. Their win over NJAC’s Morris Knolls was a surprise for us and tomorrow’s match against Westfield will be a strong test for them.

Make sure to send your tournament grids to us once received at njpowerranking@gmail.com