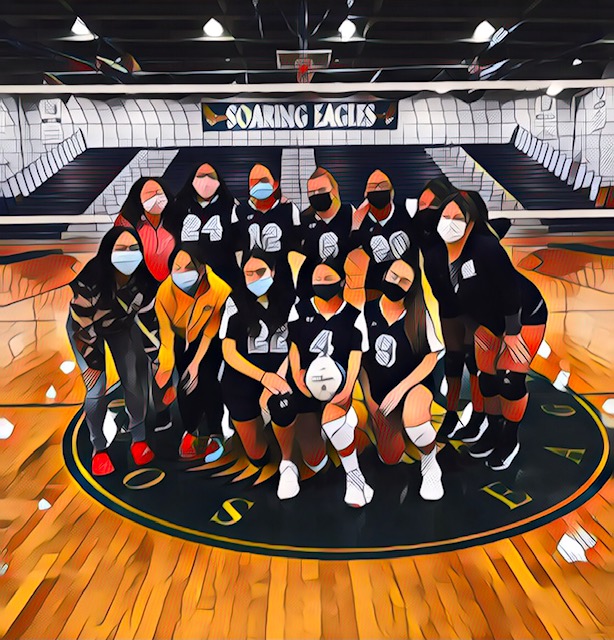 A quick look at the Passaic County tournament… Wayne Valley is a strong favorite to win this tournament going away. Clifton appears to be the only team that can stay close with the Indians. We remember watching the first game of the season with Clifton hosting Old Tappan. Old Tappan had 6 different match points and Clifton fended off every one before beating the Knights in three sets. Can Clifton show that same staying power against Wayne Valley? The algorithm says probably not. But we shall see…

We could see a bit of a seismic shift in the next rating update driven by the Old Bridge and Washington Township game. The Knights ease in beating the Patriots in straight sets will most likely drop WT’s rating as well as everyone that has played them based on the schedule strength factor. To counter that, we may see teams in the GMC rise a bit in proportion to the Olympic conference. These non-conference matchups help immensely with our rating accuracy statewide, especially when we can gauge 3 or more rather than a one-off. Food for thought.

Nice job by Emerson Boro today as they push 16-1 Bogota to a third set. Ashanna Caviness continues her assault on Bucs opponents as she adds 20 kills and 10 digs to her already impressive Fall resume. Alexandra Belevan was so impressive with 10 kills, 5 blocks and 9 digs for the Cavos.

Montville had won 7 of 8 games (and had even pushed Roxbury to three sets earlier in the year) prior to running into Wayne Valley today. Wayne Valley won handily showing off their dominance once again. The Indians are now 16-2, have won 12 in a row, and their two losses have been to #1 IHA and #2 Demarest. Also noting, they have come the closest to taking a set from Demarest this season, going 25-23 in game 1 of their match on 9/10.

Rutherford is back on their winning track as they squeezed by Glen Rock in a three set thriller to improve to 16-1. Glen Rock entered the match at 10-2 and both teams were undefeated in the NJIC. The Panthers blasted out of the gate with a strong first set, taking it to the Bulldogs 25-14. But it was Rutherford’s night as they fought back to win sets 2 and 3 with the third set going down to the final point at 25-23. Hope Lagemann of Glen Rock was stellar as the Panther senior posted a career best 17 kills, as well as 3 aces, 3 blocks, and 2 digs. But it was not enough to stop the balanced and well orchestrated attack of the Bulldogs. Jocelyn Rodriguez again led Rutherford on the attack with 6 kills, and on defense with 15 digs.

Amanda Zweifler had 21 kills leading Ferris to a three set win over Hackensack. Ferris improved to 13-1 on the season. Lissette Trujillo had 31 assists and Princess Sison posted 25 digs for the Bulldogs.

Williamstown remained unbeaten after taking down the second best Tri-County team in Gloucester Tech in straight sets. Dubtown is now 21-0 and with less than a week before the state cutoff, appears to be a lock for the #1 seed in the South Sectional.

Notre Dame, fighting for a state playoff birth, upset 12-5 Princeton today in a BCSL battle. After winning 8 in a row, the Tigers have now dropped 2 straight.

Rachel Hennesey had a career high 39 assists and Kiannisha Santiago squashed a career high 25 kills as Hudson Catholic loses their first set of the season but wins a three set match over West Morris Central. Drew Leonardis had 14 kills for the Hawks. WMC tallied 70 digs and played amazing defense but still fell to the Hudson County leader. Ava Novello had 9 kills and 16 digs for the Wolfpack. Angelino Mauro had a career best 25 digs for WMC.

Winless Brick Township came out fired up and was determined to take down rival Brick Memorial in today’s battle of Brick. The Dragons took it to the Mustangs 25-14 in set one and were on top of the world. But Kate Stoughton and Co. kicked in during set 2 and drove Memorial to a come from behind win. Stoughton had 17 kills and Ella Moore added 7 in the late streak. Brianna Brozo tallied 8 big blocks for Brick and added 5 kills and 8 digs as well.