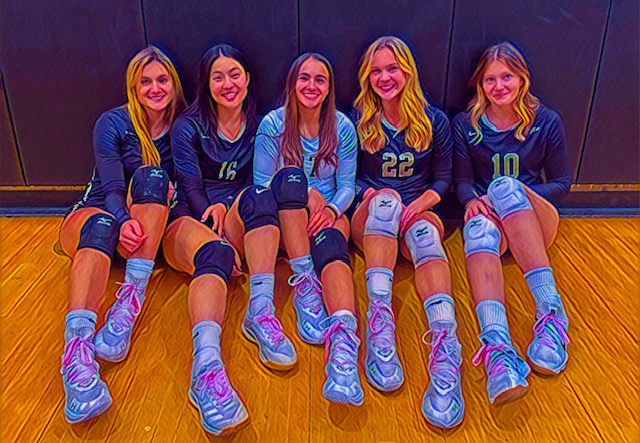 Shore Conference divisional teams were announced today. Here is a link to the North and South A/B lists… https://njpowerranking.com/2021/10/22/shore-conference-all-division-teams/

What an impressive showing by #25 Jefferson tonight as they convincingly defeat Wayne Valley in straight sets. The second set was not close as the Falcons turned up the heat and took down the NJP #11 ranked team. The Indians brought a 16 game win streak into the match and were one of the hottest teams in NJ. It was an unusual but classic matchup of Head Coach vs. daughter as long-time head coach Jason Carcich of Wayne Valley faced one of the best setters in North Jersey in his daughter senior Emily Carcich of Jefferson. Emily had 21 assists, 10 digs and a kill as she wins the final round in her senior year and will have bragging rights over her Dad forever… can’t imagine Coach Jason will mind that!

Union City got 30 assists from Scarlett Torres and duel attack from Nathaly Flores and Mathilde Karskens who smashed 11 and 10 kills respectively. Union City seems destined to play Hudson Catholic. The Hawks have defeated the Soaring Eagles twice this season so we will see if the third time is a charm for Union City as they look to bring down the undefeated and perennial Hudson County Champs Hawks who have not lost the County Championship since 2014. These two teams have been the best in Hudson County and it would be fitting that they play for the Championship. The Hawks have yet to report the game score from today’s match against “phenomenal Ferris” so we will wait and see.

The Essex County tournament championship game is set. #1 seed Livingston defeated Newark Academy to advance to the final game. And Caldwell upset MKA who started the season at 15-0 and now has lost 2 of their last three matches. Caldwell has had an up and down year, coming in to the match with a record of 10-11, but they put it all together tonight and earned a right to face the Lancers in the Championship on Saturday. Senior Christine Infantalino has been the star of this team all season, leading the Lady Chiefs in kills, digs, and aces, and having another great performance tonight.

Roxbury edged Voorhees in straight sets today going 26-24 in the second set to improve to 18-3. They have still only lost to two teams this season, Sparta and Demarest, and will take on Jefferson in the Morris County tournament semi-final on Saturday.

East Brunswick, Monroe, Old Bridge and JP Stevens advanced with quarter-final wins in the GMC tournament today. The Bears will take on the Knights in one semi and the Hawks will face the Falcons in the other. Both matches will occur on Saturday and the Championship game will be Tuesday at Old Bridge. JP Stevens and Monroe split two matches this season with both teams winning on their home courts. Undefeated East Brunswick won both matches against Old Bridge this Fall.

Hunterdon Central came back after losing the first set to Watchung Hills and outlasted the Warriors to improve to 12-7. The Red Devils had some great performances to note: 7 aces by Elisa Chin, 7 kills from Kelly Tempalsky and Mevelyn Brazoban and 25 assists from Lindsey Lorenz.

Clifton was impressive once again as they jumped to 21-2 after defeating Union. This one was not real close with Clifton taking both sets by scores of 25-16 and 25-12. NJP has the Mustangs as the second highest rated team in the Group 4, North 1 grid behind Ridgewood. Seeds will be announced tomorrow for the state tourney.