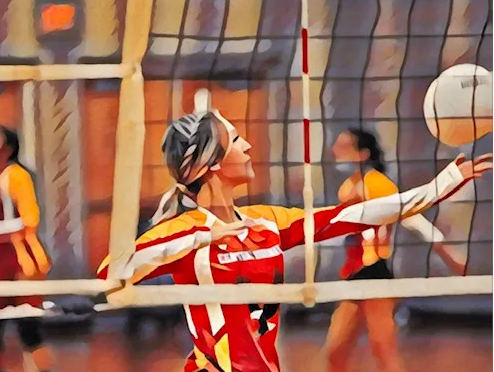 What a massive and brilliant schedule in store for us on Wednesday in NJ. State playoff games continue to work through the grid and as expected, we have some major match-ups of top competitors.

We want to take a look at some of the upset candidates for Wednesday’s matches. We will consider an “upset” as a lower seed beating a higher seed for this review. We certainly feel there are some prime candidates for this to happen tomorrow and will focus on those games…

Tenafly appears to be a primed for a potential upset against Northern Highlands. The Highlanders had a recent 5 game losing streak and appear just a notch down from their top tier teams of the past few years despite having some super talented athletes such as Ruby van der Heide, Emma Lomuti, Abby Chu, and Clare O’Connor. But Sofia Bell and the young Tigers may have the firepower to keep this close and possibly steal a three set win. UPDATE: NORTHERN HIGHLANDS WINS 2-0

NJP is selecting Fair Lawn to knock off Morris Knolls in the Group 3 quarter-final. The Cutters have played teams very tough of late, putting 23 points on both Ridgewood and Wayne Valley in losses and beating Paramus and Fort Lee this past week. Knolls has gone three sets against some mid-level teams and recently struggled with Chatham. Senior standout Lee Mackey will not go down easily but The Cutters certainly will have a chance to take down the Golden Eagles on Wednesday. UPDATE: FAIR LAWN WINS 2-1

Wayne Valley and Roxbury are playing too well right now to be upset. Mount Olive is a very strong team but drew the short straw in pulling Roxbury in the quarter round.

NJP can not see Clifton or Ridgewood going down in this round. Bergen Tech has beaten PCTI three times this season but 2 of three have gone to three sets. So there is a chance of an upset here, but the Knights have their sights set on bringing home a sectional championship.

The highest candidate for an upset in this group is Morristown. Despite being down their best player, Brooke Atkins, who was lost to an injury mid-season, the Colonials have stepped up and played some inspired volleyball down the stretch winning their last 5, including games against Madison and Montville. The pace in the NJAC makes them a strong candidate for an upset when facing the SEC. Livingston has not been loved by the NJP algorithm this season despite them making the finals of the SEC tournament. So we think Morristown will make this very close and could walk away with a win. UPDATE: MORRISTOWN WINS 2-1

NJP is favoring Millburn, the #6 seed to defeat the #3 seed Summit. It will surely be a close match-up, but the Predictor is favoring the Millers by the slightest of margins. UPDATE: SUMMIT WINS 2-0

NJP loves Watchung Hills to pull an upset over Columbia. Kelly Hector and the Warriors will be ready. WH has played a super tough schedule but have signature wins over Ridge and Hillsborough this season. Despite the major difference in records, NJP has Watchung Hills rated higher than Columbia. UPDATE: WATCHUNG HILLS WINS 2-0

The rating formula has loved Colts Neck all season and has them rated higher than Jackson Liberty despite a big difference in seed with the Lions at #2 and the Cougars at #7. Colts Neck beat Jackson Liberty in the shore tournament in the only game they faced each other this season. UPDATE: COLTS NECK WINS 2-1

Central Group 4 is a super competitive grid and upsets can come on any given night. NJP likes Hunterdon Central in their match with JP Stevens, The Red Devils pulled the #6 seed compared to JPS at #3. We have HC 2.5 rating points higher despite being the lower seed which would indicate a 25-22 set score. We shall see. UPDATE: HUNTERDON CENTRAL WINS 2-0

We expect this group to be without upsets…

NJP has loved Shawnee this season. It was so tough for them to get the #8 seed meaning they would face #1 power Williamstown in the quarter-final round. In all probability, Dubtown is just too strong.

Southern has certainly had an up and down season with 11 losses on the books. CHE and Southern played earlier in the season and Southern won, but it was very close with the second set going 26-24. It will not surprise us to see this one go three sets. It’s so tough to get a win on Southern’s home court but CHE has the ability to pull it off. They may need a few favorable bounces in this one. UPDATE: SOUTHERN WINS 2-0

Good luck to all the players tomorrow…

Don’t forget to get your entry together for the NJP Clip of the Year contest… Deadline is Sunday!!! More info at https://njpowerranking.com/2021/11/02/girls-njp-clip-of-the-year-contest/

And we are starting to populate submission for viewing at https://njpowerranking.com/2021/11/03/clip-of-the-year-submissions-girls-fall-season-2021/

Don’t forget to send us your all conference and all division team selections to njpowerranking@gmail.com.

Check out our livestream page for specific games that may be participating at https://njpowerranking.com/nj-high-school-volleyball-live-stream-links/

The latest bracketology updates will be updated all night long tomorrow at https://njpowerranking.com/njp-spring-girls-bracketology/

More “Accolades” piling up as we get closer to the season ending… Check them out daily at https://njpowerranking.com/accolades-nj-girls-high-school/

Are you friends with us on Instagram, Facebook, or LinkedIn? Stay abreast of all important updates even after the season is over. NJP is 24/7, 365 days a year… all volleyball, all the time. And always 100% of content free!

Why not visit our home page and find this link… sign up and get notified every time we make a post or new page. Stay current on all the latest volleyball news… Home page… right side… look for this!