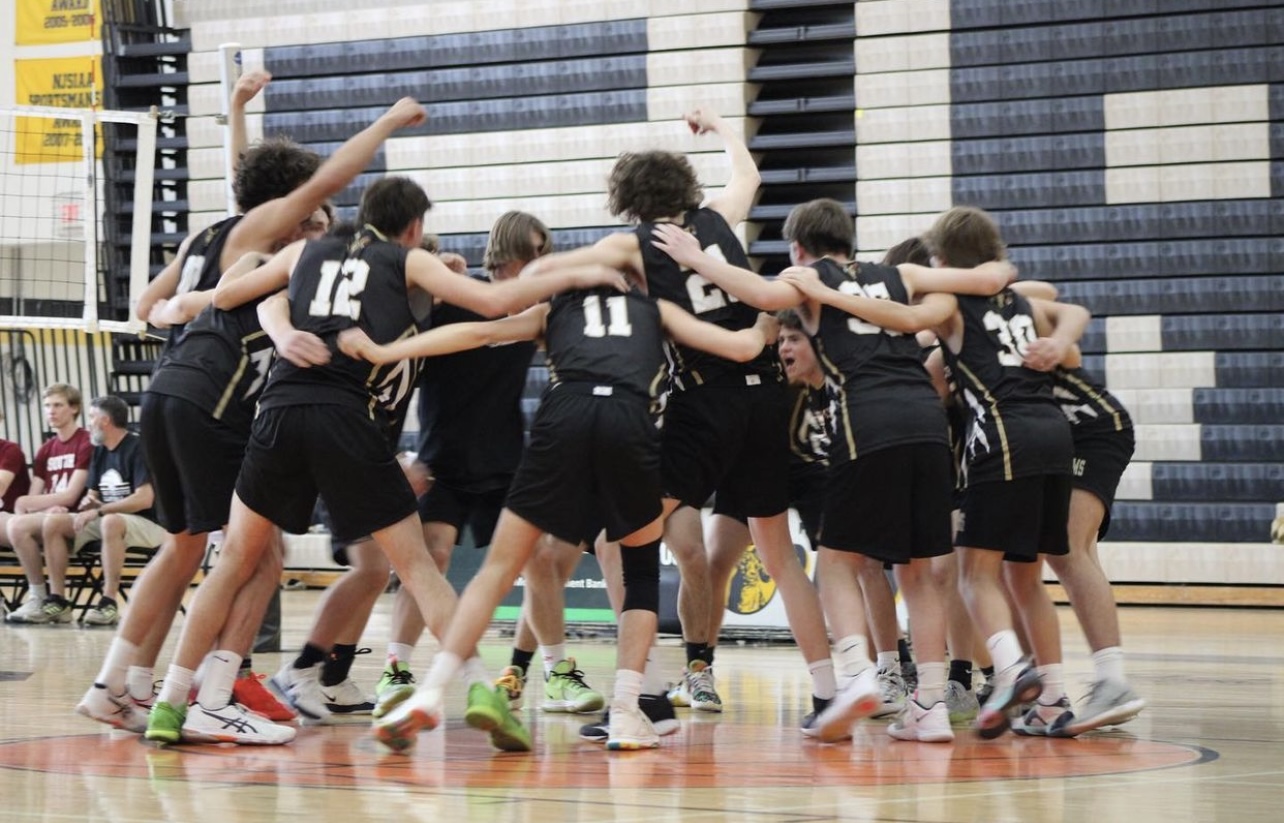 Two of the winningest coaches in NJ volleyball are pitted against each other as well, with Andrew Hopman from Old Bridge facing Eric Maxwell of Southern. The coaches know each other well and will be devising their strategies to counter their opponents strengths and unveil their potential weaknesses.

There is nothing like the atmosphere for the Championship game in South Brunswick. If you can make it to the game on Thursday at 5PM, it will certainly be a memorable event as these two top teams battle for bragging rights.

The NJP predictive algorithm has fared very well in the final stages of the season. NJP had an 8-0 record in the sectional semi-finals, a 4-0 record in the sectional final round, and picked both Championship semi-final results, even the Old Bridge win over SPF who had only one loss on the season. We will see if we can finish out the season on a high note tomorrow. The Predictor’s overall record from picking every game in the state playoff bracketology is currently 74-8 or 90.2%. I guess those students who think certain math will never be used in your life are feeling a bit silly right now…


Here are the individual player match-ups:

Lucas Kean looked like the best outside hitter in the state yesterday. Size, speed, technique, and a right arm bazooka that Fair Lawn had no answers for, left him with a match high 9 kills and 3 blocks. The junior plays great defense and had a super high hitting percentage and accuracy yesterday. It will be fun to watch him next season as a senior, but equally as fun to see what he can do Thursday. If OB can not solve his attack, it may be a long afternoon for the Knights. Senior opposite Pavlo Chernyshov (Rutgers Volleyball commit) was the go-to attacker vs. SPF and he had a big-time game against the one beaten Raiders posting 16 kills over the three set match. If Pavlo can find ways to penetrate the outstanding Southern block, OB will have a chance.

Outside hitter Blake Krapf from Old Bridge has been one of the star young players on the NJ landscape. Like Lucas Kean, he is a junior and has performed so well as an underclassman and at the club level. Blake was contained, for the most part, by Fair Lawn yesterday and had 2 kills over the three sets. Evan Jazmin really stepped up in the third set to provide clutch points on the attack down the stretch. Blake has the ability to dominate and he will be key to the multiple faceted Knight attack. The Knights will need a ton of firepower to compete with their undefeated foes, so if Blake can breakout from the left and Pavlo pound from the right, they can keep the Southern block off-balance. Gavin Bates (6’4″), Nick DiMaria (6’7″) and Drew McNellis (6’5″) have been defensive gems this year and we expect them to be getting their fair share of put-backs.

Both of the squads have high percentage servers but neither have the big overpowering servers that make it difficult for serve receive. This will allow both squads to get solid in-system opportunities off the serve as we consider both teams as above average passers. Old Bridge did an exceptional job yesterday of giving their setter multiple options on the attack which led them to a victory despite being outscored in total. Last season, we thought Old Bridge did an amazing job out of system. This year, we give the advantage to Southern in this category as they seem to be the more scrappier team.

What will be up the sleeves of these two veteran coaches for the finals? And how well will each coach be able to make adjustments as the match deepens. Both of these coaches integrate many bench players into their line-ups as a standard. We will see of the bench gets shortened for this match? Both have prooved they are amongst NJ’s best! Watching their strategies unfold will be a match unto itself.

Two great libero’s are part of this matchup with Rob Obdyke for the Knights and Finn Olcott for the Rams. Both are seniors and both have had great seasons. Finn has broken out this year as the starter for Southern and posted 222 digs. Rob was a major force in last season state championship season as a junior when he had 257 digs. This year he eclipsed those numbers compiling 366 digs. We give the edge to the Knights here as Rob’s backline prowess is considered one of the state’s best as well as his experience in big games. But both players will be integral parts of their teams success when they hit floor on Thursday and an individual big game by either will make all the difference for their teams.

Despite the large disparity in records, we see this as a close, three set match. We do expect Southern to prevail and complete a perfect season over their arch-rival. But the Knights will not go down easy and still have the ability to take this one to the limit.