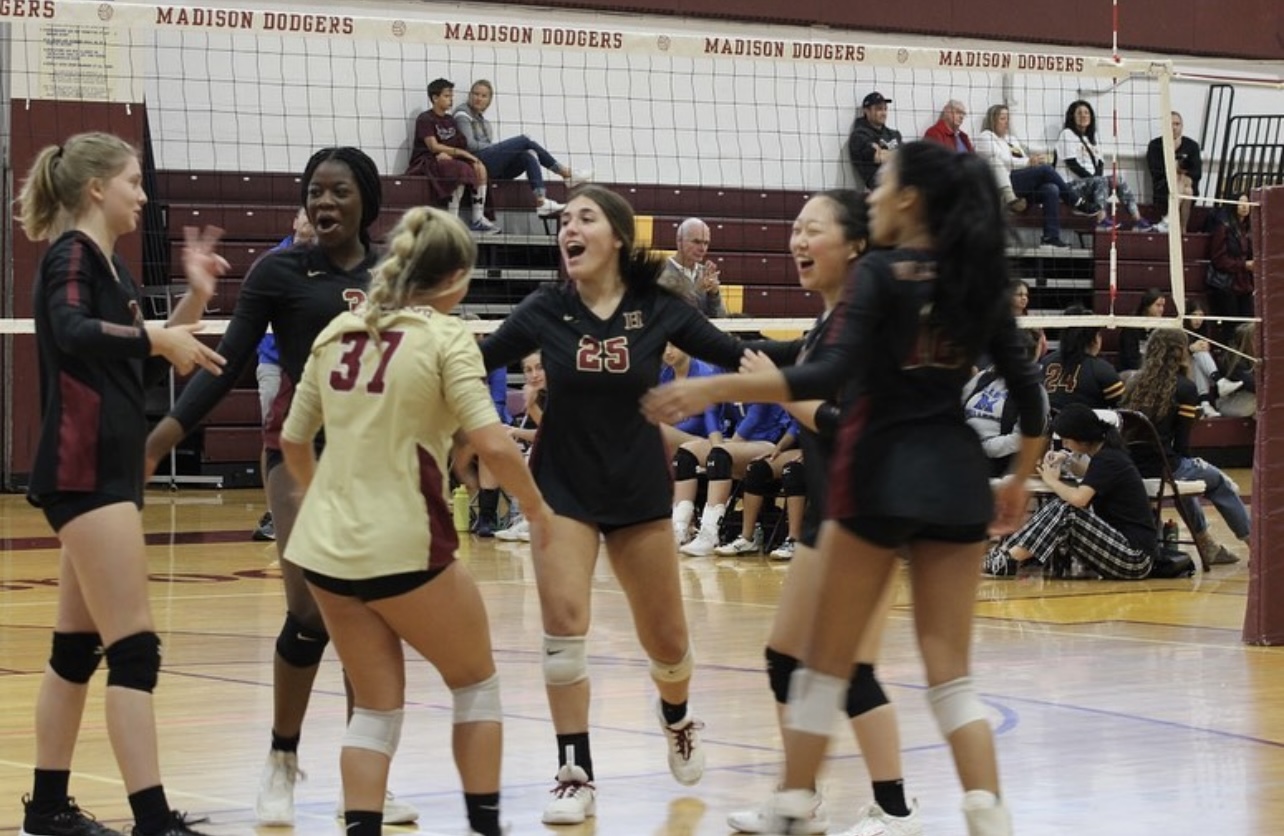 Here we go on week three of the NJ girls high school volleyball season. Lot’s of learnings thus far on teams and players. And the algorithms will close in on a higher level of accuracy as more data is processed each game and each week.

Paul VI middle Zharia Harris-Waddy has committed to play D1 volleyball at Syracuse University for Fall 2023. She will join Williamstown 22′ middle Raina Hughes on the roster. Way to go Zharia!!!

Here is a look at tonight’s schedule…

Williamstown was all business today as they disposed of Camden Catholic in straight sets. Melissa Anacious with a very nice effort matching 4 blocks and 4 kills. Dajah Williams smashed 8 kills and Gab Bottino and Gab Titus each had 3 kills for the Braves. Julia Schwab dug 10 and Joanna Andrews had 15 helpers.

In the NJIC, St. Mary’s improved to 10-1 overall with a tight three set win over Lodi. It was just Lodi’s second loss of the season. Krystal Pozo had 9 kills and 10 digs while Alex Griesbauer had 10 kills and 25 digs. Sara Griesbauer had 6 kills and 6 aces while lifting 13 digs.

Piscataway improved to 7-1 with a straight set win over South River today. Andrea Enabosi slammed 6 kills and had 2 aces while Jazmyn Willis smoked 5 aces for the Chiefs. An awesome match for Olivia Willemsen as well who had 3 blocks, 4 kills, and 9 digs. Piscataway’s only loss this season was to SEC powerhouse Livingston who remains undefeated and in the NJP top 10. Also noting that Andrea had her 100th career ace in today’s match against South River. She is only the second athlete in school history at Piscataway to reach the Centennial mark.

Holmdel (1-8) faced Wall (5-2) today and what we expected to be a one sided match in favor of Wall. But it took three sets to decide this match as Holmdel continues to get amazing output from 6’3″ sophomore Mackenzie Teevan. Teevan was just outstanding today as she put back 5 big blocks and tallied 12 kills.

Union City continues to move up in the rankings. Today they made quick work of Bayonne and improved to 8-1 on the season. Amy Castillo overwhelmed the Bees with 17 kills and Scarlett Torres posted 22 assists and 12 digs for the Eagles. UC will have a chance to revenge their only loss of the season thus far at home tomorrow vs. Hoboken.

New rankings, sectional rankings, player rater, analytical standings, game table, and much more on Sunday. Check them out in individual posts at the home page.