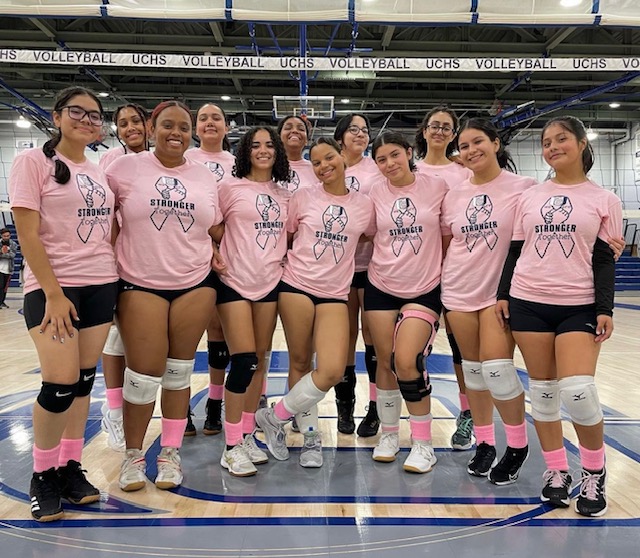 The NJP Predictor is having amazing success thus far on our second night of game predictions. Last Friday, the algorithm got tested for the first time and came through rather unscathed finishing 44-3. Tonight, with 17 games left to report, NJP has accumulated a 54-5 overall record. With county tournament beginning to form, some games on the master schedule were canceled and replaced which is unfortunate for NJP as the math fared very well with those preliminary contests.

So why is this a big deal? Well, the game selections are based solely on our rating formula and algorithm. Ranking over 300 high school teams in the State of NJ is a far reaching task. Intermingling teams from different conference and parts of the state is complex. And when you factor in that this is high school… there are just many risk factors that can cause the math to go awry. Like which player has the flu, which player just started playing after transferring, who twisted their ankle in warmups, who got benched because they were on their phone during the last game, who forgot their uniform and missed the match, and who had so much homework they opted to be a good student rather than an athlete (<.1%). We take great pride in the achievement despite knowing it is such an imperfect way of looking at volleyball. The math doesn’t measure heart and soul. It can’t figure out the raw emotion and competition level seen in a local rivalry. And of course stats are only one aspect of the great game our fans fell in love with.

We will continue the Predictor on special nights going forward. It always gives underdogs some added incentive. And it just adds some fun and discussion points for those lunchtime debates.

We will be dropping in posts tomorrow on County rankings as well as a grid to assess each tournament with preliminary picks.

When was the last time you checked out our NJ Faces of Volleyball page? Which players or coaches will get surprised this week? Only NJP knows…

Tonight’s schedule was a big one. We will get to as much as we can here on top 25 matchups…

Colts Neck had all they can handle today as Howell put them to the test. With the Cougars putting their undefeated record on the line, the Rebels pushed them to three sets but came up just short of an upset. CN is now 12-0 as they head into this Saturday’s quad with Southern, Pineland, and Washington Township. As good as the Cougars are, their undefeated season is in jeopardy facing that line-up for sure.

Westfield is now 11-0 as the beat back Kent Place for the second time this season. The usual team effort from the Blue Devils as 12 players get on the stat sheet. Caitlin Cabrales, Jess Currie, and Ally Muller had 5 kills each with Carly Rodrigues notching 16 assists. 3 aces, and 6 digs for the winners. Lauren Osuala of the Dragons led all attackers with 12 kills. Westfield participates in a quad of their own this Saturday facing Williamstown and the Hunterdon sisters (North and Central) which will be super competitive and anyone’s guess on who will come up with more than 2 wins.

Hunterdon Central defeated league rival Watchung Hills today in a close straight set match-up. Sophomore Reagan Dyba put up one of the best matches of her high school career netting 7 kills and a block for the Red Devils.

Verona rode the Clifton Mustangs off their home court today with a powerful two set win. Verona remains dominant in their 7 game win streak, especially after dropping undefeated league foe Livingston this week. The Hillbillies are now 11-3 with losses to Bogota, MKA and Livingston and 2 of those three matches going three sets.

Sparta is now 12-0 remaining undefeated after Mount Olive came to town today. Another spectacular and versatile performance exhibited by Aralyn Saulys (8K, 10D, 12A, 1Ace) and a typical defensive gem by Haley Maher who posted 12 digs.

Ava Novello looked in top form today as she collected 12 kills and lifted 13 digs as West Morris Central dropped rival Mendham in straight sets. The Wolfpack were aided by 13 assists from Katelyn Poggi and 9 digs from Lily Benecker. Central improved to 9-3.

Livingston left no prisoners in their match with league rival Newark Academy. Anika Dhar provided 8 kills for the Lancers and Elexa Bragarnik had 4 aces and 5 digs in the win. Livingston is now 14-1.

Princeton continued their dominance in the BCSL as they remain undefeated at 12-0 and take down Northern Burlington in straight sets. Sara Villamil and freshman Noami Lygas each had 6 kills for the Tigers. Lois Matsukawa had 16 assists, 5 aces, 2 digs and a kill for the winners.

#1 IHA touts the most wins in NJ and added to that total again today against Wayne Valley. The 17-1 Blue Eagles got 11 kills from Brookelyn Talmadge, 19 assists from Kalena Stavish, and 3 big blocks each from Khalia Content and Julia Sobilo. Abby Romero and Grace Coughlin combined for 19 digs. Poor New Milford draws IHA in the first round of the Bergen County Tournament which will take place over the next few weekends.

Washington Township, fresh off their second win of the season over Williamstown, took down Gloucester Tech to remain undefeated at 10-0. Nina Cleary, Bryn Batista, Bella Delude and Ciana Bonatera were the headline contributors.

It took North Hunterdon three sets with a 26-24 final set to defeat a spirited Hillsborough squad today. Brooke Logar had a monster game for the Lions posting 32 assists, 12 digs, 11 service points, and 6 kills. Emma Murry had 12 kills and Ali Flynn and Sam Wilton combined for 32 digs in a great defensive showing.

Sam Kranzler posted 7 kills and 4 aces while Molly Emr spread 23 assists to power Old Tappan to a straight set win over Hackensack. OT improved to 7-4 overall as the prepare to make their mark once again while hosting the Bergen County tournament.