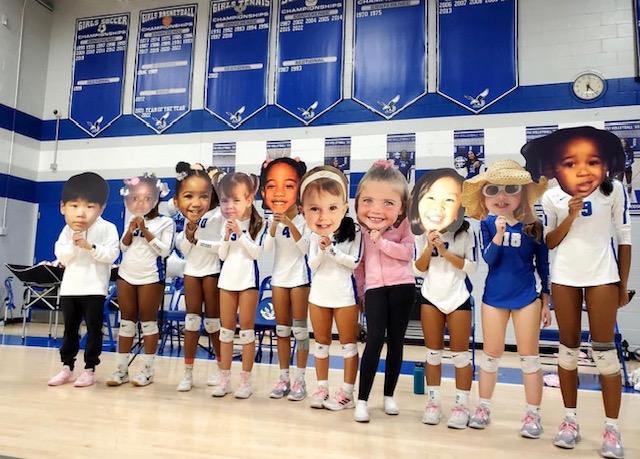 Here is the latest NJ State Playoff Bracket update for all groups of high school girls volleyball for the Fall 2022 season. Our ratings are noted in each grid as NJP again pits its algorithm against the seeding to see which is more accurate. Right now, NJP holds a 9 games advantage in the overall state playoffs through games of 11/4. The algorithm has never lost in this yearly match-up.


As we gear up for the 16 public sectional finals, the season is winding down. As your review the bracketology above, you will be able to see who NJP is picking in each of the Championship matches as guided by the higher rating in each game.

What a great job by Timothy Christian as they won their first round match in an upset over Roselle Catholic. They will take on the #2 seed St. Mary’s from Rutherford who have had an outstanding season in the NJIC and are at 22-3 overall. Krystal Pozo, and Alex & Sara Griesbauer are the three standouts on this team and NJP believes they will standout on Saturday with St. Mary’s winning in straight sets… 25-18, 25-18. UPDATE ST. MARY’S WINS 2-0

Mother Seton vs. St. Elizabeth: The Setters are coming off an impressive win over Newark Academy in the first round. Liahnna Orange has been an exceptional player and leader for Mother Seton and sets the tone for Setter success. Liahnna has a variety of talented attackers to go to including senior Ashlie Jordan, sophomore Kate Moses, and junior middle Isabella Peralta. Senior Maya Brown has well over 300 digs on the season and will be dominant on the back line. St. Elizabeth is driven by standout junior Clare Farrell who had over 300 kills and 50 aces on the season while adding 132 digs. Amanda Chambers quarterbacks St. E’s at setter and senior Colleen Dooley is always a threat at the right side. According to the math, this one is likely to go three sets but the algorithm favors Mother Seton 2-1… 25-22, 21-25, 25-19. UPDATE MOTHER SETON WINS 2-1

Lodi Immaculate vs. Rutgers Prep: Immaculate has had a stellar season and continues to thrive under Head Coach Barbara Geisler’s direction and motivation. At 20-2, and with an 9 point rating advantage, it will take a major upset here to unseat last years non-public B champs. Junior Syd Kropiewnicki has been lights out on the attack and on the service line this season. Anastasia Pesantes has quarterbacked this crew perfectly at setter and with strong support from junior middle Mia Gonzalez, sophomore opposite Noelle Savonjie, junior middle Gabriella Weiss, and junior outside Anna Geisler. This team has just one senior on the roster and will be back for more next season as a dominant force. Rutgers Prep comes in at 18-7 and features junior Alex Deiasi on the attack and junior middle Mackenzie Anderson as an outstanding middle blocker. Anderson has 43 blocks to her credit this season as well as 68 kills. Junior Annalyse Santowasso anchors the Prep D. In her first three years at varsity, she already has accumulated over 600 digs. If Rutgers Prep can control their serving expertise, they can stay close. They have posted almost 400 aces this season, almost double that of Immaculate. The algorithm favors Lodi Immaculate in straight sets… 25-16, 25-17. UPDATE LODI IMMACULATE WINS 2-0

Our analysis of Non-Public A will be a bit different. We have 3 of the 4 quarter-finals that we expect to be lopsided wins for some of NJ’s best teams. Immaculate Heart, Paul VI, and Donovan Catholic are all strong favorites to win their quarter-final matches. The fourth match is a bit closer between Union Catholic and St. John Vianney. UC holds a 4 rating point edge which indicates a straight set win projection. Here are the 4 games predictions…