Kearny’s Santiago Lopez Is One Of NJ’s Best 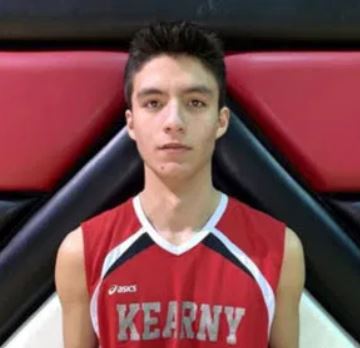 Santiago Lopez has been a leader for the NJ Volleyball Class of 2021 since freshman year. Last season as a sophomore, Lopez put up some amazing numbers for the Kearny Kardinals including 194 kills, 230 digs, 23 aces and 13 blocks. Considering Kearny played just 22 matches last season, Santiago is right near the top of stats/game in the state. Even as a freshman, Santiago tallied 87 kills and 228 digs, 18 aces and 17 blocks. He was a premier youth player in Spain and starting playing very early in life unlike many New Jersey stars who begin playing as freshman.

Don’t let his calm demeanor and polite manners fool you. He has a deep passion for the game and his hard working nature equals his natural talent. Lopez has an extremely high hitting percentage and is the heart of the team. He possesses great athleticism and technique and aspires to play for Kean University in 2021. His Junior and Senior years should be something special.

Kearny is solid this season talent-wise and has great potential if they can all come together as a congruent unit. The Kardinals were 16-6 in 2019, have almost 70% of their stats returning, and more than a few club players who continue to get better. They have earned a #14 NJP preseason rating and will be battling St. Peter’s Prep and Harrison for top honors in Hudson County. With key pieces coming together around Lopez, Kearny is sure to be a top 20 team, and maybe a candidate for top 10.

Remembering he is only a junior, Santi will feel the weight of responsibility along with several returning seniors including setter Levi Linhares, outside Mahmoud Serour, Leandro Perez, and Diego Rondon. We will see if senior Doug Ferrari returns to the lineup as well. The will miss the size and big presence of 2019 grads Brandon DaSilva and Bryan Ferreira but the Kardinals have enough individual talent to compete at a very high level and this will be amplified if they can’t build a brotherhood.

Here is our interview with Santiago…

I am one of the players from Kearny High School. I’ve been living here since freshman year, right now I am a Junior. Basically I’ve been playing 2 years with the high school team. I have three brothers, one is younger than me, while the other two are older.

I’ve been playing volleyball since I was 10. I started playing for a Club in Spain thanks to my older brother. He played before me as a middle. He was the one that got me into the sport and taught me how to love every second on the court.

I am 6 foot tall. In my early years playing volleyball, I was a middle, but after 3 years I focused on outside and opposite. I haven’t played in a club since I moved from Spain, but it was called Sayre Mayser. I’ve played every position, and my favorite it’s playing as an outside.

The best player I faced last season? Without a doubt I’m going to say Mason Matos, the setter from St. Peters. He is a person that takes everything he does very seriously, every point was a fierce battle. And seriously, it was really hard to predict his movements, he had a very good chemistry with his players, and you could feel it. Besides that, he is very competitive and a very respectful athlete, being one of the best rivals I’ve ever played against.

I think this season is going to be really good for us, all of our players are very motivated and we really can’t wait to show all the hard work we have been doing during the off season. We do have returning players, almost every player on the team. There’s only one problem with us: chemistry. As individual players, we are really good, but we need that “chemistry” and if we get that, we are going to do great things this season.

My family! They can’t be in every game, but I always think about them before one, specifically my Mom and my Dad. My Mom always taught me that no matter how difficult things are, no matter how great your opponent is, you always have to give your 100%. And my Dad showed me that you have to work for it, that if you want something don’t wait for it, go and earn it by yourself.

What is your favorite inspirational video that you like to watch before the games?

Since my freshman year, it always have been Harrison, St. Peter’s Prep and Bayonne. Every game against them is just a battle. It’s always a competitive game. But if we are talking about the biggest rivalry, it would be Harrison. There’s always that competitiveness in every sport. Besides that, they are all great teams and I wish them all the best for this season.

My favorite pro volleyball player is the opposite of the Japanese National team, Yuji Nishida. He is just incredible, the way he plays, how he jumps and what he has earned, being the best opposite player in the FIVB World Cup.