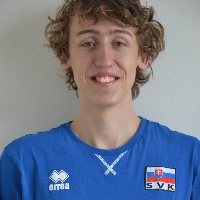 NJP has learned that Slovak Junior Branislav Hanusek, a National level middle, will be transferring to live in New Jersey this month. Branislav is 6’10” and a top tier junior volleyball player in Slovakia. A representative handling his affairs, Sidd Finch, told us his family is seeking permanent residence during his Dad’s job transition to the United States. His plans should finalize this week. Where he resides will be of utmost importance in measuring his impact on New Jersey High School volleyball. He has a 2003 birth date and will be entering as a sophomore and will be able to play at the high school level for three seasons. With stoppage of on-site school activity until at least the end of April due to COVID-19, it will give the family some time to make the right choice. The NJSIAA Eligibility Committee typically has 30 days to review an application which will work nicely if the season resumes in May. Whether this process will be slowed due to the current pandemic environment is yet to be seen.

Branislav participated in the European Championship tournament this winter in Germany playing with Slovakia U17 and lead his team to a second place finish. His representative said he is still growing despite his current height.

Mr. Finch told us he has already had discussions with several D1 schools but would not tell us which ones. We did learn that Hanusek’s father’s job will be located in the northern New Jersey area and it appears they will be making their housing decision based on what school will best prepare their son for collegiate volleyball. He also told us they will consider both public and private schools within a 20 mile radius of Mr. Hanusek’s employment. Our research shows that Hanuseck is a software engineer for Ness Digital Engineering, which is located in Teaneck. It appears he is transferring to the states after a recent acquisition of CassaCloud, the company he worked at for the last 4 years in Kosice, Slovakia.

We asked the representative for a quote from this young player and he provided this in Slovak: “To je vtip blázonov” which we still need to have translated but we assume means that he is looking forward to playing in NJ. More on Hanusek’s representative here.

Pictured below, playing for AFD, this new player will have an instant impact on the school teams in which he lands. We will update this story as we learn more.