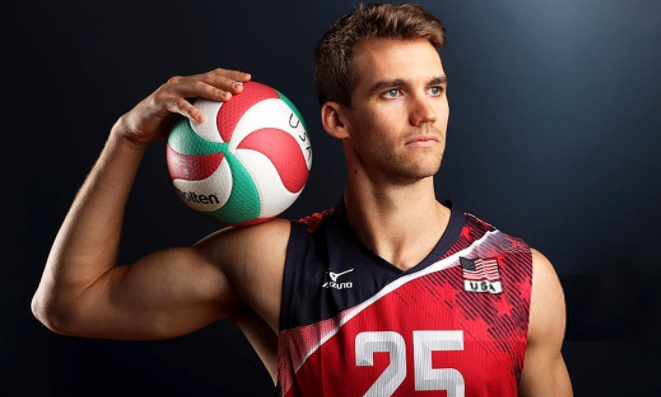 Dan McConnell is one of the best Middles in the world. As you can see by his highlight videos, he has one of the quickest releases and powerful stroke that make returning his hits virtually impossible. He has a laundry list of accomplishments for Team USA, UC-Irvine and a host of junior teams. He took the time tonight to put a video together to share his support and encouragement to the NJ volleyball community. Take a look here:

Thanks so much Dan for engaging the NJ audience! Greatly appreciated… Reach out to Dan at this IG link, show your appreciation, and please make sure to follow him and build his audience…

Personal: Parents are Kathy and John McDonnell…Older brother is Brian (1984) and younger sister is Trish (1992)

“I had zero awareness of college volleyball growing up. In Arizona, boys’ volleyball is not a sport respected a lot. I didn’t know about club volleyball. I spread my talent around a bunch of sports until I found volleyball my sophomore year of high school.” – Dan McDonnell