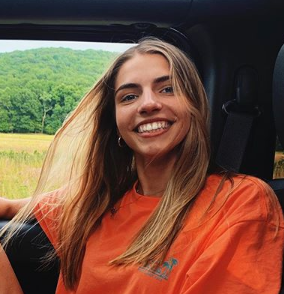 Voorhees will be a team to watch for the upcoming 2020 girls high school volleyball season. They lose two solid seniors to graduation but have a healthy core of returning players who will be driven to improve on their quarter-final appearance in the state tourney in 2019. One of those returning players is Emily Czerw.

Emily has been super steady for the Vikings and has been an all around resource for the squad. She has built versatility by playing different positions at high school and at club. She put up 29 blocks last season and was one of the top players on the service line in the state with 67 aces. She was sharp defensively with 191 digs and added 133 kills on the attack. When you speak with Emily, much like great leaders, she puts way less emphasis on her individual stats and much more on providing leadership and having fun. She knows those environments will produce more wins and success.

Watch for Emily to be near the top in NJ in service aces for 2020 on a rising team that we expect to have a great season.

Here is our interview with Ms. Czerw…

Tell us a bit about yourself Emily?

I got to Voorhees High School. I live in Glen Gardner, New Jersey. I am in the class of 2021 so I will be a senior this fall. I am a 3 year varsity starter. I live with my Mom and Dad and Brother. Both my parents came to America from Poland. Since volleyball is so big in Poland and because they both played there, they were happy to hear that I wanted to play volleyball too.

I started playing volleyball when I was 11. My best friend (Kyra Hissner) throughout elementary and middle school has a Dad who is the Head Coach for volleyball at North Hunterdon. We were inseparable, so when she started to play volleyball at his summer camps, I joined her. That upcoming fall in my 6th grade, her Dad became a club coach for CJVA’s 13’s National Team. Kyra and I both decided to play for CJVA and were pulled up an age group and ended up playing for her Dad’s team. After attending the North Hunterdon camps and playing for CJVA, I fell in love with volleyball and have played ever since.

I am 5’9”. I’m not exactly sure what my vertical is. I am an all-around outside hitter for school but I play Right side and DS for club. I play at Princeton Volleyball Club. My favorite position to play is outside hitter but I also love being a DS. I was always tall in middle school, (considering I was 5’8” in Eighth grade) but once I got to High School, 5’8” was not considered tall for volleyball anymore. This kind of worked out in my favor because I had been practicing as an outside hitter for most of my life, then I got to High School and started to work more on my defense. Now I play outside and DS which is awesome because I get more time on the court.

Voorhees is losing just two players to graduation. After making state playoffs in 2019, how far can the 2020 squad go?

We are definitely losing some talent. We had a strong middle (Hailey Ader) who was a beast in the front row and we had a right side (Lily Barrozinni) who was able to adjust to any position on the court that coach put her in. However, even with this loss I still think we will still be a strong team. We have more club players on our 2020 team than we have ever had before. And from what it seems like from last season, 4 of our 6 potential starters all went to the same middle school as me so we have been playing volleyball together since 6th grade which is promising. I hope in our 2020 season we will make it even further in the playoffs and I definitely have a lot of faith in us.

You were an outstanding overall contributor for the Vikings last season with solid stats in digs, kills, blocks as well as 67 aces. What are your personal goals for 2020?

Obviously I would like to push myself and get better stats then I had my previous years. However, my main priority is to be a strong team leader this year. I’m going to be a senior so I really have to step it up and help lead the team. I want my teammates to have fun and enjoy the season but I also want to push us to play as well as I know we can play and get better after every game and practice. One personal goal I have for myself is to increase my vertical so I can become an even stronger player in the front row.

I think the seniors are going to come out and work as hard as we always do. A good amount of us had varsity time since freshman year and I think we are a very talented grade in the voorhees volleyball program. An incoming junior (Jenna Knoerzer) came from Missouri her sophomore year and really helped our team in the 2019 season so I expect big things from her. We also have another two incoming juniors (Lexi Kripetz and Meg Conroy) who practiced with the varsity team in the 2019 season and were a great addition to the team. Finally, incoming sophomore Gabby Roldan got a lot of varsity time her freshman year in the 2019 season. Gabby loves the game and works really hard so I’m expecting her to be a huge help on defense in the 2020 season just like she was in the 2019 season.

In my sophomore and junior year I was going through the college recruiting process. In the middle of my Junior year I had some unexpected medical conditions that forced me to take a break from my club season and by the time I was healthy again, our season was canceled because of the coronavirus. All of this really set me back with recruitment. With that being said, I am no longer planning to play in college, but instead I plan to participate in the club team at the college I chose to attend.

In our regular season, one of our biggest competitors is Mount Saint Mary’s. We’re always neck and neck with them. Their best player is Mariella Hilyard who is an incoming Junior. I knew of Mariella because she also played for Princeton Volleyball Club. She is a great asset to their team and is an incredible outside hitter. I would say that she is one of the toughest competitors we’ve faced because of her ability to read our defense and hit to the spots that are open.

My family is very supportive along with my friends. My Mom comes to every single game and takes care of recording them for Hudl. She also drives me to all my practices (even the ones that are an hour away for club). My friends are also super supportive too. A good amount of my best friends either play on the school team with me or are on my club team. They always support me on and off the court.

In the regular season it’s Mount Saint Mary’s, Montgomery and Hackettstown. Mount Saint Mary’s has some pretty good players and for the past few years we were usually neck and neck with them. Same goes for Hackettstown, this season we always went to 3 sets with them but ended up coming short. Montgomery has a lot of talent too and is a big school which we are not used to playing. In the county tournament the most challenging team we’ve faced was Hunterdon Central which was in the 2018 season. They are a very talented team and even though we ended up losing it was still worth playing such a good team.

I love playing basketball. Before I started playing volleyball, basketball was my #1 sport for most of my life. I ended up not playing my sophomore and junior because of club, but I still love to play pick up and practice outside. I also love hanging out with my friends. I’m really grateful to have such awesome friends. Also, quarantine pushed me to find new hobbies such as reading and painting which I really enjoy now.

I love the University of Florida. I am hoping to go there for college. Not only is it such an awesome school but they have a great volleyball team. I follow them on Instagram and keep up with their updates. It’s a great academic school, they’re in the SEC, and it’s warm which is very important to me because I really do not like the cold.

My freshman and sophomore year the varsity coach was Nicole Bolash. She got another coaching job at The College of Saint Elizabeth and is coaching there now. She believed in me more than anyone. She saw something in me that I didn’t see in myself. I struggled with confidence on the volleyball court but she would always pull me over the side and give me pep talks before games. I didn’t even expect to play much on varsity my freshman year so I was surprised when she started me in our first scrimmage. Not only did she help me become a better player but she also helped me become more confident.

Updated Bracketology at http://njpowerranking.com. 9 new sectional champions on the board with one to go... https://www.instagram.com/p/CN3jU-bCe9g/?igshid=s2r100f4fo

A big matchup of undefeated teams will play out on “Dream Tuesday”. Analysis at http://njpowerranking.com https://www.instagram.com/p/CN0bCn8sTOF/?igshid=ld5em181fud9