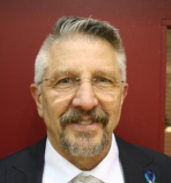 Patrick Dorywalski, the only head coach the Steven’s Volleyball program history, is stepping down as head coach of the Ducks. Patrick also served as Women’s Head Coach as Stevens from 1986-1999. His men’s volleyball record was 617-276 and his awards and accomplishments that have piled up over the years is just so impressive. His overall record including his time as Women’s Head Coach was 753-426.

Taking over for Coach Dorywalski will be Assistant Coach Austin Vogues. It is undetermined whether Coach Vogues will be interim or permanent. Austin has been the assistant at Stevens for 5 years.

Good Luck Coach. You will be greatly missed! Legends always are!!

“Coaching is releasing a person’s potential to maximize their own performance. It is helping them to learn rather than teaching them.”