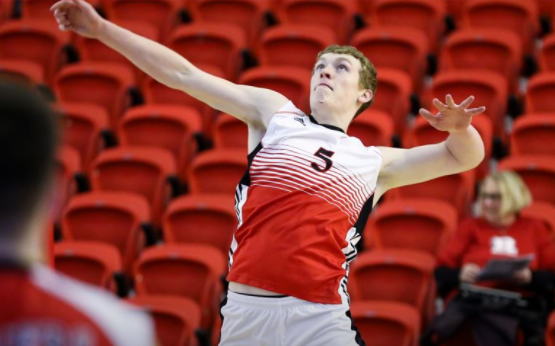 The NVA/AVCA has published it’s first preseason ranking for D3 Men’s colleges today and two NJ colleges were in the top 5 and three in the top 13:

Make sure to visit the AVCA website for more great info on college volleyball. You can click the picture above or used the highlighted link as well.

Steven’s comes in at #4 in the Nation and will feature a brand new Coach. Austin Voges takes over after the exit of Patrick Dorywalski who was their Head Coach for the past 31 years, the entire length of the Stevens program existence. Stevens graduated both NJ players on the roster last season when they finished 4th in the Nation at 18-4 when the season was cancelled. 6’7″ middle hitter Andrew Amerman from Bridgewater Raritan and 6’4″ outside Kyle Warnock of Bergen Catholic have both moved on. We are expecting St. Joe’s Metuchen libero Justin Monahan to make the team as a walk-on after a brilliant high school and club career. We will be following that story.

Rutgers-Newark falls in at #5 after an amazing first year from Coach Jack Wilson who drove the Scarlet Raiders to a 17-1 initial season under his leadership. Rutgers has a cast of NJ high school talent including the last two NJ player of the year winners Andrew Zaleck and Elan Dorkhman as well as setter Justin Tuohy, all from Old Bridge. Roster link here. Newcomer Josh Dewitt will also be joining the squad this season. Other notables are Arvind Kumar from Southern, Kyle Loesner from East Brunswick, Eric Hollenbach from Piscataway, Rob Long from Ridge, and Nick Arce Cox from Bayonne, Antonio Rocchio from OB, and Matt Nikishin from Howell..

Also in the top 15 is Kean University who may be the team to watch this season. They have an abundance of NJ talent as well including David Jones from Rancocas Valley, Leonel Maizonet from Bayonne, Kevin Molina from Harrison, Andrew Lukasiuk from Bridgewater Raritan and newcomer Jon Bernstein from JP Stevens. Several Kean players opted out of last years season to make sure they had the eligibility to play a senior campaign with Steve Zarzycki who was battling cancer. It’s one of the feel good stories from 2020 and will make for a strong and motivated Cougar squad in 2021.

We were a bit surprised that both NJCU and Ramapo were not top 20 candidates but I am sure they will prove their worth come season start and will use this as motivation to turn some heads.

The D3 landscape has most of the perennial leaders near the top with Springfield, SUNY-New Paltz and Vassar securing their traditional spots in the top 5. We will see what the COVID impact will be, if any, as the season progresses.