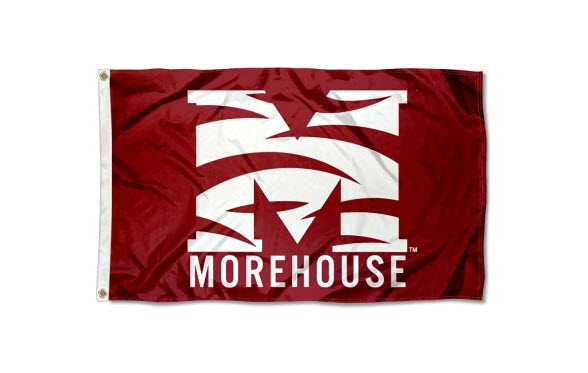 In the times we are living in, the choices we make as individuals define who we are as well as who we aspire to be in the future. Our Nation, although quite split, has determined and compassionate people who fight for what they believe in. It’s the spirit our country is known for.

Senior Osco Williams lll from Williamstown has had his sights on attending one of the Historically Black Colleges & Universities and with the announcement that Morehouse College was adding Mens D2 volleyball next year, it sounded like a perfect match.

We explored with Osco his reasoning for choosing Morehouse and he told us… “One Major reason I chose Morehouse is because it’s an HBCU. I’ve been told by many that the experience of being an HBCU athlete is like no other. Becoming a “Morehouse Man” is something that has always peaked my interest. Morehouse has graduates from MLK to World Series MVP’s, Olympians and some of the biggest movie stars and musicians in the country. Morehouse really does produce the best of the best as far as successful Black men providing an elite fraternity and brotherhood that I’d like to be a part of.”

Morehouse is an all mens college steeped in tradition. The college has played a key role in the development of the civil rights movement  and racial equality in the United States. As the largest men’s liberal arts college in the United States, Morehouse students have received high honors including 11 Fulbright Scholars, 5 Rhodes Scholars, and 5 Marshall Scholars, and is the alma mater of many African-American civil rights leaders, including Martin Luther King Jr. and Julian Bond, and baseball player and former NY Met Donn Clendenon.

Among Morehouse alumni, traditionally known as “Morehouse Men”, the college has graduated numerous leaders in local, state and federal government as well as in science, entertainment, business and academia. Samuel L. Jackson and Spike Lee are also well-known Morehouse graduates.

For Williams, the chance to be part of the beginnings of mens volleyball at MC, was too much to pass up. “Not just Morehouse volleyball, but my freshman season will be the first year HBCU’s as a whole will have men’s volleyball. I think a lot of people were excited when It was announced that the SIAC conference would be having men’s volleyball teams, that in itself is being a part of Black history” said Williams. “It’s really cool to be a part of that. For Morehouse specifically, I feel like being a part of the inaugural program will be great. I get to set the stage and create a winning culture for a team in one of the most competitive conferences.”

But Osco has his senior season to look forward to first. And we think it’s going to be a great ride for the Braves. And like a great leader, Osco stood his ground to tell us our preseason rankings are way off. “Honestly, I think we are a sleeper team. We lost 8 seniors last year and a lot of people are counting us out but we all believe that we should be ranked even higher than 13 which is where NJP has us ranked in the state and that we have a real shot at winning a state chip in June.” We just love that confidence!

Williams is a strong, athletic player. He has an outstanding vertical and swings with power. His versatility allows him to play at the pins or at middle. He is an intimidating force at the net for the Braves. And has the potential to be dominant.

Osco added “We have an amazing group of guys that are ready to compete and make each other better every day and I believe we are going to turn some heads this spring.” We bet they will too!