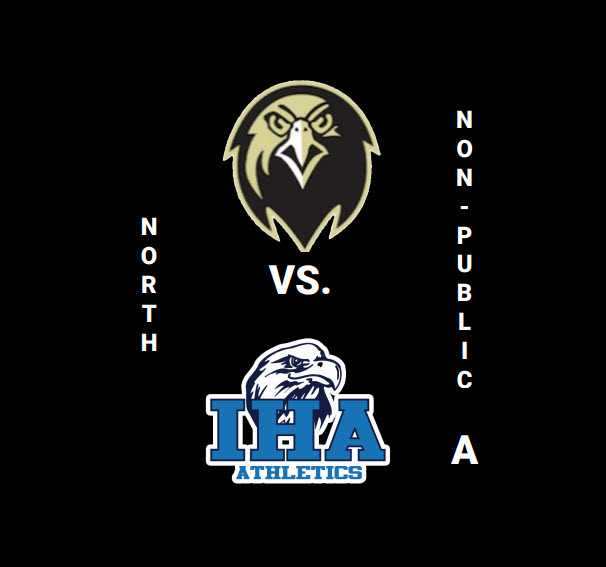 Immaculate Heart is now ready to finish their quest for a 14th consecutive state sectional title, only one game stands in their way. But this season has progressed so different than usual IHA routine, it almost deserves an asterisk. No 40 game season to show off and hone your talent. No out of state tournaments to represent NJ in across the country. Only a very small sample of games that will decide their streak as well as the potential of being named #1 in NJ. That’s all subjective now and not in their control. There is no final state tournament of champions tournament that they know if they win, they will receive the distinction and the crown. But the #1 Northern Highlands loss to Tenafly will be a big plus.

With 20 state sectional tournaments, and some schools remaining undefeated, many teams will stake their claim as the #1 team in NJ. And news agencies and community websites like NJP, will use their judgment or a math formula to say who is the best in their eyes.

Hudson Catholic has dreamed of this opportunity. The perennial Hudson County champs now get one head to head game to potentially bring down the most successful girls volleyball program in NJ history. And stake their own claim as the #1 team in the Garden State. The 12-1 Hawks certainly have the talent to do it on the roster this year. Their only loss resulted from a long trip down the NJ Turnpike where they faced a gifted Williamstown team on the last day of the month. It was a stretch of a trip to get recognized as one of the top teams in the state. The local schedule that the Hawks played was almost all Hudson County teams who they usually dominate. One game in particular was telling when they traveled to Westfield and beat the Blue Devils on their home court. It’s Westfield’s only loss this season.

Hudson is filled with upperclassman. IHA is not. With 7 seniors, 4 juniors, and a sophomore, Hudson is far more experienced than the Blue Eagles. IHA has 3 seniors, 2 juniors, 4 sophomores, and 3 freshman. Maybe this means nothing or maybe it’s just one of those years for IHA where a number of factors have dictated a different look to their team. They had 7 seniors and 10 upperclassman total last season.

Hudson is dripping with talent. They have a strong setter in Rachel Hennessey who has 192 assists in their 5-1 setup. And she gets to feed some very talented players on the offensive front. Kiannisha Santiago has been great at the pin all season for the Hawks. She leads the team with 98 kills, and has 11 blocks and 16 aces. Cristal Paulino-Rubel (D1 St. Francis-Brooklyn) guards the middle for HC. She is a versatile middle who not only has 33 aces, but has 25 blocks and 76 kills. Omayre Valle (D1-FDU) is at outside, leads the teams in aces with 43 and has contributed at all levels both offensively and defensively. Colonia transfer Sophia Wintonick (D2 Bloomfield College) has jumped in where she left off last season as one of the states best lib’s and has 108 digs and 22 aces. Sophomore Drew Leonardis has been equally as solid defensively with 69 digs and has added 30 aces. The starting crew is top flight, athletic, and fun to watch.

The IHA team is well drilled and always ready to take on anyone. Their history speaks for itself. Olivia Coughlin is the master strategist of the offense. The senior has a world of talent and experience in big games. She can be a difference maker. Sophomore Brookelyn Talmadge is a super athletic middle and started as a freshman for IHA. Working with Anna Morris, some valuable lessons were learned. She is already at the top of her game in her second year. Opposite Alyssa Lowther is another experienced senior who is a four year varsity player and just a real solid player who is heading on to Bates College to play collegiate volleyball this Fall. Gianna Grigaliunas is a another 4 year varsity player who very versatile, athletic, and spirited. She is going to Bryant College this fall and will be continuing her volleyball career there. Both Olivia Coughlin and Gianna Grigaliunas have younger sisters on the team now. Sophomore Alexa Grigaliunas has been great on the back row. And Grace Coughlin has 23 kills. This start studded cast is always fine tuned and brings a world of experience and talent.

The differences between the two schools are quite large. One is rural, one is city. The student profiles and demographics are contrasting. But both programs have been hallmarks in the state and provide young ladies the opportunity to play high quality volleyball in high school as well as opening the door to college opportunities.

The key to the game will be for IHA to stop the explosive attack from the big three Hawks and create enough offense from Talmadge, Grigs, and Lowther to stay ahead. Playing at Hudson Catholic will be in the Hawks favor, even without a packed gym. This one is going three.