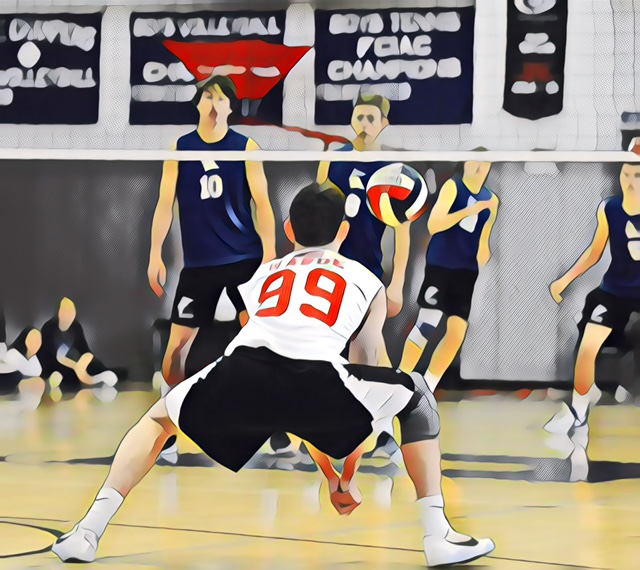 It’s so great to have the boys back on the court after missing last year’s entire season due to the pandemic. Rating the teams for this Spring is an almost impossible task as there are so many new players since the 2019 season and far to many unknowns to make the data statiscally viable. So, our more subjective preseason rankings are certainly published, but we will start a deeper dive into the analytics once we get a week or two’s games under our belts. The game predictor will return shortly.

Unlike the girls who are finishing their season sectional tournaments today in a short season, the boys will have a regular state playoff format. The cutoff date for the tournament is May 14, 2021. The 50% win rule will apply to qualify with a minimum of 12 games played.

Power Points will be used for seeding purposes in each sectional.

Jackson Memorial got off to a great start for the season with a rivalry win over Jackson Liberty 2-0. What jumped of the page from the stats was that super libero Konrad Bieniek had 7 kills and 2 block clearly indicating a move to outside hitter. Konrad and Ben Fryc are seasoned club players and present an amazing 1-2 punch in the lineup.

A very strong start for SPF yesterday. NJP expects the Raiders to be solid and a top 20 team. They are spreading the wealth with 8 different players getting kills. Seniors Ngumah and Sta Rosa off to good starts as well.

Tyler Myers of Rancocas Valley had 8 kills for the Red Devils on opening night against WWPN.

Fair Lawn handled Wayne Valley pretty convincingly on Monday. The Cutters always have an amazing program but NJP indicated a slip from the usual top 5 in our preseason ranks. Watch out for middle Itay Ikad who posted 9 kills and a block in his game of the season. Any team with senior Gil Zyndorf as setter is going to be solid.

Don Bosco hammered Teaneck yesterday 25-10, 25-13. Teaneck’s program has been solid as of late. Are we seeing a drop off there or is Don Bosco that good? We will find out as the first few games get played what is reality.

Passaic and Paterson Eastside battled to three sets on opening night with Passaic ending up edging the Ghosts. Passaic won despite not having star outside Josh Ledesma in the line-up. Curious to note the emergence of junior O’Shamair Majette who had 12 kills, 5 digs, and 4 aces. Alberto Torres wants to create the same synergy between setter and pin hitter as he had with George Gonzalez in 2019 when he lead the state in kills. A player to watch for sure.

Lots of new faces on the Kingsway squad this season. They had a great start against Cherry Hill East. Senior Clay Manning with a solid effort getting off on the right foot.

The big game of the day happened at Hillsborough as they hosted rival Hunterdon Central. Both these teams are in the NJP preseason top 10. It was a nail biter going three sets but Hunterdon Central prevailed 25-18, 20-25, 25-22. Two very solid teams for 2021.

St. Peter’s rolled over Ferris in their debut. Tim Jimenez with 8 aces in that game. Prep rolls into away games with #11 West Milford, #9 Hillsborough, and #3 St. Joe’s this week, all top teams in the NJP preseason rankings.

Great game on tap this afternoon as the #5 Southern Rams face #13 Williamstown. Southern is always near the very top in NJ and Williamstown is emerging this year as a top squad to content with…

Newark Eastside and Livingston went to battle on opening night and they extended to three sets. Livingston is solid and balanced but junior Chris Lynum smashed 12 kills in the Lancer victory. But the player that popped off the scoresheet was Eastside’s senior outside Nickolas Lima who posted 20 kills in his first ever high school match. The Brazilian club player is the real deal and will raise Eastside’s program to new heights.

It is our understanding that #1 Old Bridge will be shutdown for the first two weeks of the season due to protocol.