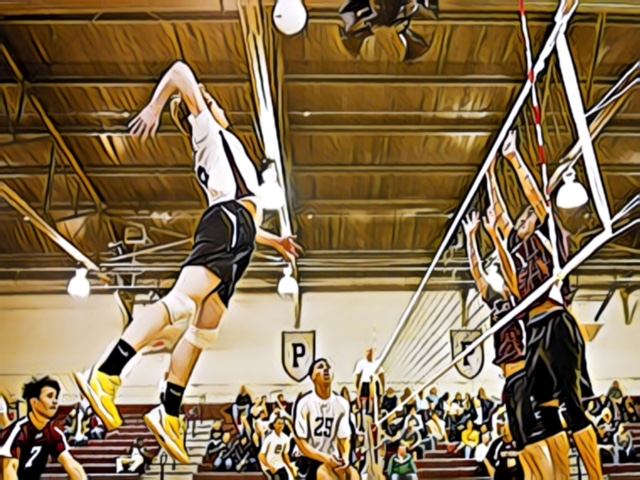 Week three is underway in NJ high school boys volleyball and we can start to feel the tension rising with 11 days left to the state cutoff. We have a full schedule tonight so we will get right to tonight’s inner look…

A new ranking is out as of yesterday. You can access here if you have not done so already… https://njpowerranking.com/2021/05/02/njp-boys-hs-volleyball-ranking-2-may-2nd/

A quick update to the state playoff rules from the NJSIAA. This is a amendment issued last week… “The seeding for the State finals will be made in advance at the Seeding Meeting by the seeding committee. The North 1, North 2, Central and South Sections would be ranked 1 to 4 by the Seeding Committee at that meeting by the strength of the Number 1 team in that Section. Once those seeds are determined the Section would hold the seed (1-4), throughout the tournament, even if the number 1 seed in that section gets upset. The number 1 seeded Section would play the number 4 seeded Section and the number 2 seeded Section would play the number 3 seeded Section in the Semi Final round regardless of what team from each section won the section. IF A PRE- DETERMINED TOURNAMENT SEMI FINAL AND FINAL SITE CANNOT BE SECURED BY THE NJSIAA THE SEMI FINALS WILL BE PLAYED AT THE HIGHER SEEDED SCHOOL SITE. FOR THE FINAL ROUND THE TOURNAMENT DIRECTOR WILL DETERMINE THE HOST SITE BY A COIN FLIP WHICH WILL BE CALLED BY THE HIGHEST REMAINING SEEDED TEAM.”

A new player rater came out as of yesterday, also. You can access here if you have not done so already… https://njpowerranking.com/2021/05/02/njp-boys-hs-volleyball-player-rater-as-of-5-2-21/

And lastly, a new sectional ranking is out as of yesterday. You can access here if you have not done so already… https://njpowerranking.com/2021/05/02/sectional-rankings-for-all-teams/

#4 Old Bridge hosted #1 Southern in a battled of some of NJ’s very top teams. Here is a link to the recording of the event… https://www.youtube.com/watch?v=2zhXCjbWHtE. The main varsity match starts at 2:18:00 Some really great volleyball by both clubs. But there has to be a losing team in this match-up and today, it was Old Bridge. Southern continued their dominance this Spring and is now 10-0. Old Bridge suffered it’s first loss of the Spring and are 6-1. These were all very close sets and both teams can be considered NJ elite teams. We posted an interview yesterday with Old Bridge outside Brian Snook and can be seen at this link… https://njpowerranking.com/2021/05/03/brian-snell-fuels-knights-season/

#7 Ridge hosted #10 Hillsborough today and was hoping the home court might make a difference in a difficult Skyland conference match-up. But Hillsborough walked away with a straight set win. What a great victory for the Boro program that continues to identify themselves as one of the top teams in the Central sectional. Justin Hong has been all world this Spring but Hillsborough limited him to just 5 kills, far below his normal average. Core Club teammates Jack Freese and Vinil Shah have been just outstanding.

Santiago Lopez kept up his hot streak and demolition of opponents with 14 kills as Kearny routed Bayonne 25-14, 25-15. The Kardinals are now 6-0 and undefeated in HCIAL league play.

Washington Township and Cherry Hill East faced off tonight at Cherry Hill. It was a close, three set match with CHE coming out as the winner in a 25-22 third set. Owen O’Connell is a player to watch for East, bringing his experience on the sand to the hard court. They have faced a very tough schedule, are now 3-4, but no doubt they will emerge for a state playoff presence.

CJ Barker had 10 kills and Peter Shahin posted 23 assists as Don Bosco topped Indian Hills in straight sets. Liam Egan had 5 kills and Ben Manasse-Polls and Matt Ramirez each had 4 kills for the Ironmen. Brandon Banks had 8 kills for IH.

#26 South Brunswick remains a team to watch come playoff time as they add another quality win to their resume with a three-set victory over #31 Colonia.

Pinelands has won 7 in a row and comes in to a home and home with Jackson Liberty this week on Wednesday and Thursday. The 7-1 Piners are rated #61 while Jackson at 4-3 is #49. Tough one for the NJP Predictor but we expect to project a Liberty win.

#17 Bergenfield is now 8-0 as Justin Pauli and Masa Hamada lead the Bears over the Comets of Hackensack. They beat previously unbeaten #24 Don Bosco and #15 St. Peter’s last week and will face a big test tomorrow when they host #11 West Milford.

A huge statement game from #14 Bridgewater Raritan tonight as they lose the first set to #5 Hunterdon Central and then come back to take the last two sets 25-14 and 25-12 and improve to 4-2. HC was yet to lose at 7-0 before tonight’s match-up. Bridgewater has a balanced attack and features seniors Joe Wieboldt and Eitan Kentis as well as juniors Alex Song and Conor Regan. Sophomore Joe Pavlik handles libero duties. BR is 4th in our Skyland ratings but this win may indicate a move up in one of the strongest and most even divisions in NJ.

Lacey improved to 6-2 with a win over TRS today. Baxes James and Carson Howard drove the attack for the Lions with 6 kills and 5 kills respectively. Carson added 3 blocks and Jake Sullivan had 3 aces and 3 kills.

Don’t be fooled by Piscataway’s 0-6 record. Like Watchung Hills in the Skyland, Piscataway has been playing top GMC teams and even took a set from #4 Old Bridge last week. #24 St. Joe’s has been struggling a bit as of late but turned up the heat tonight in a straight set win. Mike Weikum and Jacob Franco powered the offense tonight for the Falcons. We expect St. Joe’s will add a couple of more games or more to the schedule to make sure they meet state playoff requirements at a .500 record before 5/14.

Williamstown with another big win today as they handle South Jersey rival Sterling. Bonomo had 10 kills and we happen to get a clip of a bounce from Drew McNellis tonight that we are sharing below. Nice hit Drew.

Have some great links to volleyball information or websites… help us out and send them to us so we can add to this page of resources… https://njpowerranking.com/resource-links/