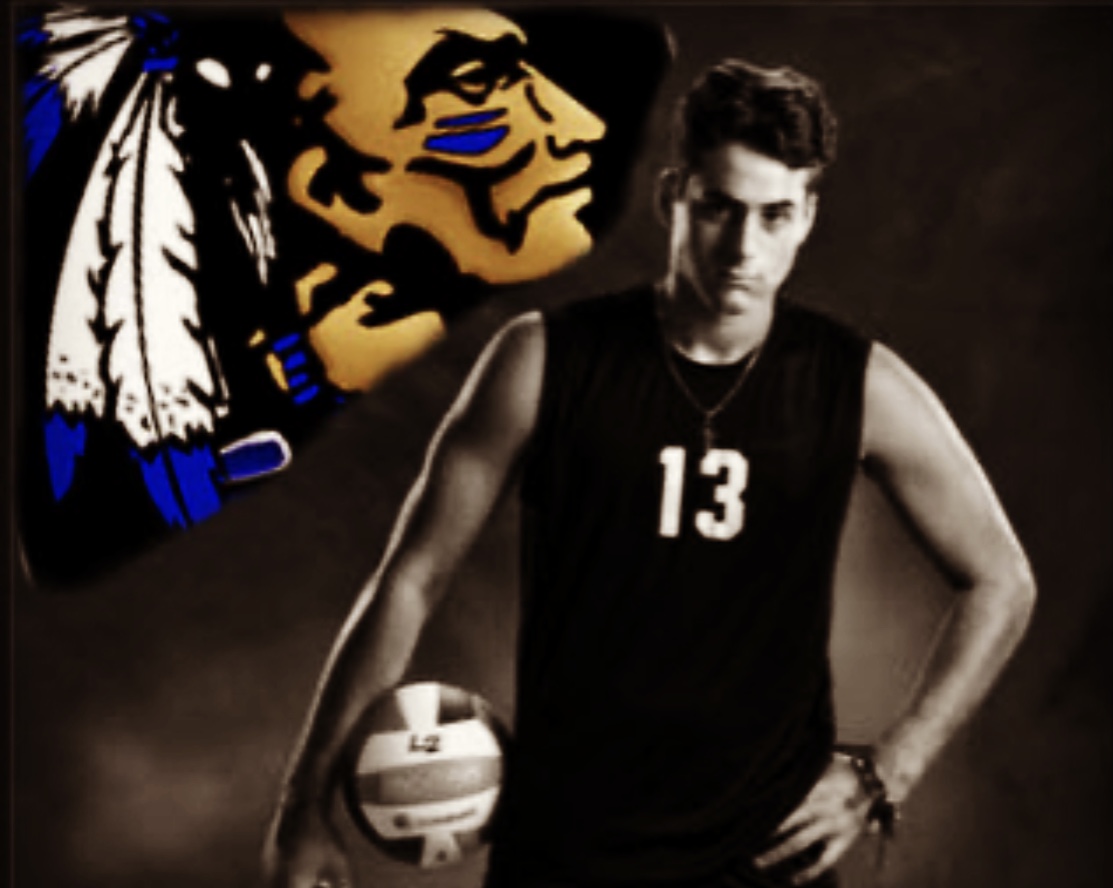 It’s not often that you engage with a student athlete that is far more driven than other athletes in his age group. They just possess that leadership gene that will drive them to not accept defeat for their school or their team. They cultivate relationships with their teammates that brings a contagious attitude of confidence and positivity. Lorenzo Bonomo of Williamstown is one of those individuals.

Lorenzo and his teammate, junior Drew McNellis, have been communicating with us for over a year. Giving us the heads up that good things are happening in Braves camp. And get ready… We won’t call it cockiness. But we will call it confidence. Despite the cancelled season, there has been a glow of great things happening in the off-season. And a core of players coming together that are joined at the hip and ready to take on the world.

As we watch the season unfold, it comes off as almost a perfect script. An opening match against Southern, which they played without Drew McNellis, was a humbling event. They were handled easily in straight sets and it was not what they invisioned as their message to the NJ volleyball community that they are a team to be reckoned with. Other teams may have let that loss set the tone for the season but a sign of great teams is their resiliency when faced with adversity. Since that opening game, Williamstown has taken on every opponent and won every game since.

The Braves have a ton of talent on the attack. Lorenzo is just one piece of the puzzle that makes up such a solid team. McNellis was a strong player as a freshman and has played consistent club volleyball over the past few years. Osco Williams is a presence with size and hitting strength and senior Mike Martino has been a force at pin hitter. Christian Ramos has been a fast learner and is getting better and better as each game goes by at setter. Brian Connelly handles the back row defense and Stephen Jenkins leads the teams in blocks at 14. But Lorenzo’s numbers are standout so far this season with 62 kills, 57 digs, 2 blocks, and 14 aces in 7 matches.

At 6-1, the Braves are reasserting their position as a top 20 team. They have beaten some of the best teams in the South with wins over Kingsway, Cherry Hill East, and both top performers from the 2018-2019 season in Clearview and Sterling. Tonight’s win over #21 Gloucester Tech in straight sets shows where this team is right now, both physically and mentally. The rest of their schedule pales in comparison to who they have been battling early-on, and they will build even more confidence as they move toward completion of the regular season.

Watch out for the Braves! And lucky number 13.

Here is our interview with Lorenzo Bonomo….

Tell us a bit about yourself, Lorenzo?

Hello, my name is Lorenzo Bonomo and I attend Williamstown high school. I am a senior graduating this June. I have 2 siblings named Frankie who is almost 13 and Angelina who is 10. It is absolutely amazing being the oldest and knowing that I am their role model and they will always be able to look up to me. We are very competitive as siblings and all very athletic. No matter what it is that we do it has to be a competition. My mom and dad are fantastic. They are extremely supportive and will do anything for me and my siblings to succeed and to have fun.

I have been playing volleyball since my freshman year. I don’t think I would of ever played the sport if it wasn’t for my good friend Chad who is also my next door neighbor. One day he came to me and told me that we had to play a sport together. We ended up choosing volleyball because we always had fun playing it in gym class. It ended up being my passion. The love that I have for the sport is endless.

My body and abilities changed drastically from freshman to senior year. My freshman year as a libero I was about 5’5” and could barely jump a foot off the ground. This year I play outside hitter, I am about 6’2” and have a standing reach of 7’10” as well as a 31 inch standing vertical and a 38 in approach jump vertical. I have played for SJVBC my sophomore/ junior year (libero) and EVA my senior year (outside hitter).

Tell us about your Dubtown teammates. Who do you expect will be this year’s standout and up and coming players?

Dubtown is full of outstanding talent. I have built unbreakable bonds with these first 2 guys and they have become hands down some of my best friends. First we have Drew Mcnellis (junior) who is my partner for everything from peppering to drills. He is a middle blocker and is extremely good at loading energy onto the court and putting craters in the floor on the other side of the net. He has always been a very smart player and sees every open spot on the other side during an attack. Next we have Mike Martino (senior). This year is his first year on a varsity court and surprisingly any court. He was a first year player last year but due to Covid-19 he did not get to play. I have worked extremely hard with him in the off season and he uses everything he learns to do some damage. This kid jumps extremely high and I do not understand how he does it. Lastly, we have Christian Ramos, our junior setter. He never was a setter before but has quickly learned the position and progresses everyday. He is a player to look out for in the next season for sure.

Continuing my volleyball career in college would be amazing. Since my freshman year, it has been a fantasy to play at a D1 school. As of right now, it will be hard, especially that I lost my junior year. Once I start college, I am going to major in Biology and eventually become a sports medicine doctor and treat athletes of all kinds and help them get back on any court, field, or rink.

Tell us about your match-up with #1 Southern in your first game? Do you expect to see them again in the South Sectional?

Going into Southern we knew we were going to have a tough match. Especially being without our Drew Mcnellis and without any experience coming from the setter spot. The beginning of the first match was point to point until we just fell apart in receive. Every since that tough lose we have absolutely progressed and we hope to see Southern again really soon.

Dealing with Covid-19 has not been easy. My mom being in health care has given countless amounts of tests and now has administered thousands of vaccines, she really has been a big help to people all over the area. My father owns a pizza shop and since restaurants were closed his business has been thriving with food deliveries. Now that we are all vaccinated we can kind of relax a little bit more but we are still careful.

Tell us about your Williamstown Head Coach Mark Avery…

Mark Avery has been a fantastic coach throughout my high school career. He has always been extremely devoted to his players. He makes sure each and every one of his players are the best they can be. Every single practice he brings the energy. Joining us in hitting line and powering down balls and then unleashing tons of energy is my favorite. It shows how much he loves and cares about the game and its just contagious. He has always believed in me and I appreciate him greatly for that.

You are off to hot start with 29 kills and 24 digs in just three matches. What are your personal goals for this season?

My goal for this season is to bring my skill to every single game and to lead my team to victory. I wish to stay consistent and bring it to the next level. My team and I are going to power through any challenge and bring home a conference title. Then we WILL bring home that sectional title. We absolutely have the power to do it.

What is your favorite volleyball memory?

My favorite volleyball memory was an overnight tournament at MaxFit. We gathered teams of 4 and just brawled in numerous games until the sunrise. I remember leaving the gym and it was so weird because we got there during the night and by the time we left the sun was up.

Another hobby I have is baseball. I am a huge Yankees fan. Honestly if it was not for volleyball I would definitely be out on the diamond. I have played baseball since I was little and gave it up to try out volleyball and I did not make the wrong choice.

In the summer I spent pretty much all of my time at the beach. The beach is my favorite place to be, whether its playing football in the sand, skim boarding, or even laying out, I just love it.