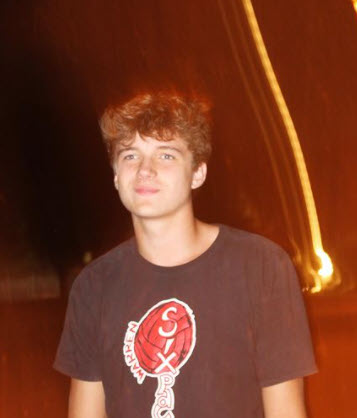 The Rebels of Howell had a late start to the season and can’t be underestimated in what they bring to the table for the Boys Spring high school volleyball season. They already are the closest team to getting a set from CBA and they are due to play them again today. Senior Outside Hitter Jake George is a big reason why Howell is playing at such a high level. And will be the player to watch as the Rebels complete their regular season and enter Shore and State playoffs.

Jake has had storied club performances over the years at Warren Six Pack and this year was part of what is traditionally the best club team in NJ, the Warren Six Pack 18-1’s. This team typically represents the best of the best of New Jersey boys volleyball. And players from these teams have gone on to D1, D2 and D3 NCAA collegiate careers.

Last years team included 6’7″ Griffin Feiseler from Bridgewater Raritan who made the Freshman All-American first team while starting at NJIT (D1). 6’7″ Toby Ezeonu who played for Penn State and started as a freshman for the nationally ranked Nittany Lions, Mark Berry who was the starting outside for D1 Sacred Heart University. Others included Chris Larkin (SPP) at D3 #5 SUNY-Paltz, Alex Work (Fair Lawn) at D3 #4 ranked Springfield, Vaugh McConnell (St. Joe’s) at D3 Arcadia University and Jon Bernstein (JP Stevens) at 14th ranked D3 Kean University. This years team has some of NJ’s best as well with Tommy Deakyne from Southern, Jack Dooling and Colin Stevens from CBA, and other top NJ players, including Jake.

Jake is an outstanding player and raises the level of his teammates every time he is on the floor. His teammate Chris Mitchell plays for the Warren Six Pack 17-1 team and will be in line to step into an 18-1 role at middle next club season. Two elite club players on one team is a coaches dream and positions the Rebels as a top team in NJ as well. Howell has a deep roster of talent that will all get plenty of reps in before state playoff time. We expect them to be a major force by the end of the month.

Jake may not be playing D1 volleyball in college, but he has made an intelligent choice that is best for his future by aligning his academic goals as his top priority and playing club volleyball to drive his competitiveness and enjoyment while in college.

Here is our interview with Jake George…

Tell us a bit about yourself, Jake?

My name is Jake George and I am a graduating senior at Howell High school and I live in Howell Township. I have an older sister, who is in college at High Point University, who was not one to participate in any type of athletics. My family supported me playing sports growing up, but it was not something I was surrounded with from a young age other than watching live sports on tv.

I initially started playing volleyball freshman year however due to the way my old high school coach ran our team I was not gaining any game experience till club season sophomore year. Initially, I decided to try volleyball because I had just finished my basketball season and knew that I would be bored out of my mind with nothing to do. So I tried out for the team with some friends.

I am 6’3 and I have not measured my vertical since nationals of my 16’s  year, so those numbers are not exactly accurate. But back then my vertical reach was 10’5. Currently for my high school I play outside hitter, however I play right side for Sixpack 18-1’s and used to play middle for my 16-17’s seasons during club. My favorite position would be OH because the approach has always felt the most natural to me and made me feel the most in control of my position.

Tell us about your Rebel teammates. Who do you expect will be this year’s standout and up and coming players?

There is something positive to say about all of my teammates, despite us having very minimal varsity experience we still have a bunch of guys that are very competitive and want to play the sport. I think the players for us this year that will stand out the most are probably Angelo Vulpis (Outside), Chris Mitchell (Middle) and Collin Smith (Setter). With Collin and Chris both being juniors this season it is impressive to say the least about how much they will contribute to this team. One thing about Angelo is that that kid can jump, combined with being 6’4, he will be a major threat and important player hitting from the outside whenever we need a big kill.

After a lot of consideration, I decided that I will not be playing for an official team in college. After visiting the few that I was interested in academically, I recognized that I didn’t fit in at any of these schools, so I decided against it despite my interest in schools such as NJIT and Rutgers Newark previously. I am attending University of Delaware and plan on majoring in Chemical Engineering as well as participating in the club volleyball team at the school.

You have had a great start to the Spring thus far despite getting a late start to your season.. What are your goals for this year’s high school campaign?

I do not have many personal statistical goals. I just want to succeed and be the best player I can be for my teammates and coaches. The most important thing for me is team success and I have high hopes of a deep playoff run as well as just having fun playing volleyball with and against my friends.

Tell us about your experience at Warren Six Pack…

My experience at Warren SixPack was better than I could have imagined to be honest, not even just in the sense of volleyball. The friends and connections I have made through this program are great and it makes the sport so much more entertaining for me. I’ve been surrounded by a great group of guys and an amazing coach in Pedro Trevino. I know my experience there would not have been the same with a different coach as he always cares so much for the success of the team and wants nothing but the best for all of us. Hopefully, these friendships I have made through this club will continue through my college years despite our paths going different ways.

You had two very tough games against Wall and Southern this season. What are your comments on those two teams and where do you see Howell matching up coming playoff time?

Unfortunately, we had 2 very hard fought games between Wall and CBA and did not come out with a win in either. However, I think that proved to others that Howell is not a team to count off on the schedule and that teams should be worried to play against us. Wall was our first game of the season and we still had some things to figure out about ourselves and I think if we got another chance to play them down the line we would have a better chance. With CBA, we were the first team to make them fight for their win, however we do not take moral victories and we will face them again this week and hopefully clean up our mistakes and try and see a different outcome. I see Howell as a very competitive team come playoff time. If we can compete with these top teams in the state, we just need to get that extra edge to not fall short again.

Just like everybody else, COVID has hit me and my family hard and caused a lot of complications that there was nothing that anyone could do about and just had to push through. But hopefully, it seems that things are beginning to start clearing up and everything is starting to get better.

I believe that I am my biggest motivator generally as I am the one who puts in the work to have gotten to where I am now in my volleyball career. But I think surrounding myself with skillful volleyball players has definitely made me want to be better. Such as being on a club team with D1 athletes and other top players in the state. As well as participating on a team 2 years ago that made a state playoff run and competed with Old Bridge before they went on to beat Fair Lawn in the finals.

Who is the toughest competitor you have played against this year?

With not many games played yet, our biggest competitor was definitely CBA. We had two very close sets that came down to which team could finish out the set. But I can’t wait to see that team again at Home this time.

I always considered Basketball and Volleyball to be separate and I was not using one to prepare for the other but it definitely did help me stay fit throughout the offseason and make sure I did not fall behind other players.