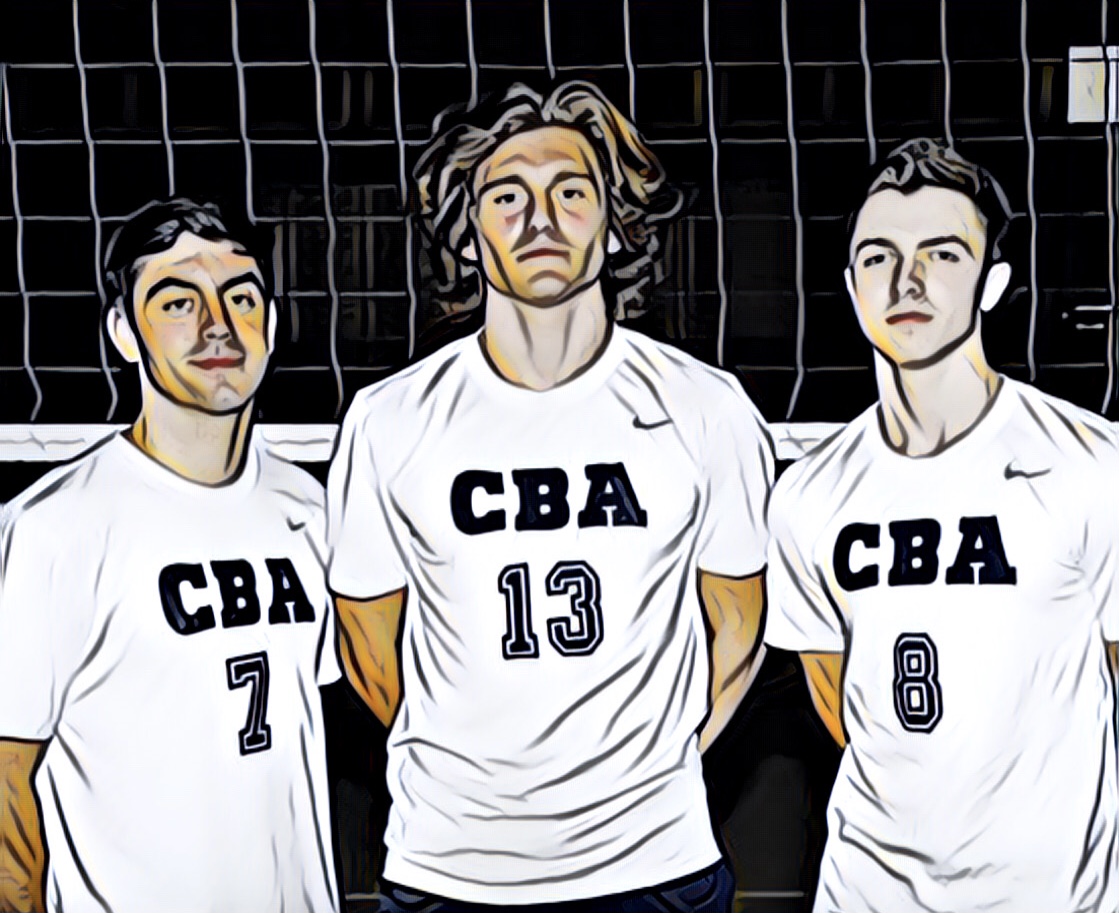 Lots of new analysis came out yesterday including an updated team ranking, player rater, sectional ranking, predictor, and weekend blog. Our sectional ranking included some NJP projections on state playoff qualifications as well. More analysis coming this week as well as we head toward the state cutoff date on Friday!

A big deal about our rankings from yesterday was a reshuffling of the top 3 along with that Trilogy being all within .08 rating points. That’s close! SPF assumed the top spot and CBA slid into #2 while Southern dropped to #3 but in all reality, it’s a virtual dead heat ratings-wise.

The new ranking got put to the test within 24 hours as Southern traveled to CBA today for a shore match-up of the Gods. The ratings were so close, we expected the Predictor to perhaps create a 36-34 game or something like that but it did favor CBA in a tight three set match. CBA delivered on their new ranking in a very convincing manner taking the home court advantage and driving momentum early and often. Colin Stevens was his usual Field General on the court and created a strategic masterpiece as the Colts dismantled the Rams in convincing fashion. Jack Dooling pounded 11 kills and Andrew Sasso added 7 while Stevens collected 27 assists and 3 blocks. John Doehner had 2 blocks and 4 kills. Southern was up against yet another battle against an undefeated team after they defeated Rancocas Valley on Saturday. It was the 6th time Southern faced an opponent without a loss on their record.

Hillsborough and St. Peter’s Prep tangled for the second time this year. Their first match favored Boro who won 25-23, 25-23 on their home court. This game was at the Barn and the Marauders hoped for a different result. The first game was an exact replica of the first two with Hillsborough again taking a tight 25-23 win. SPP charged back and dominated game two taking the lead midway through the game and never looking back 25-18. But game 3 was all Boro who pulled away to a 25-19 third set and match victory. 6’8″ middle Jack Freese with a big night for Boro smashing 10 kills and 3 blocks. Vin Shah and Lucas Lopez each added 9 kills. Tim Jiminez had 24 assists and three block and Aidan Apito had 10 kills for the Marauders.

St Joe’s was dealt a big blow to their state playoff chances as we approach the cutoff on Friday as they they were outlasted by the East Brunswick Bears in three sets. The Falcons showed great urgency in set one and pummeled the Bears 25-13. But the rest of the afternoon was all East Brunswick as Aaron Zhu and Kevin Ernst took over. Zhu jammed 11 kills and 9 digs while Ernst smoked 12 kills, a block, and 6 digs. Kush Oza had 33 assists and Sean Spring added 6 kills and 2 aces. EB just about locked up qualifying for sectionals as they are now 8-5.

The big game in South Jersey was the Tri-County match between Kingsway and Williamstown. Williamstown is streaking and had won 9 in a row coming into the game. Kingsway has had a great year and entered at 9-3 and the two teams were almost deadlocked in their NJP ratings. The Predictor selected a three set win for Williamstown factoring their dominant streak and hot hand. The Braves came out on fire and took the first set convincingly. Kingsway came back with a vengeance and overwhelmed Williamstown 25-13 in game two setting up what was to be an epic set 3. It was a back and forth battle but Drew McNellis and Lorenzo Bonomo reached down and would not accept defeat as the Braves prevailed 25-22 in set 3. The win gave the Braves a 10-1 record. McNellis had 14 kills and Bonomo was all over the court with 11 digs, 5 blocks, 10 kills, 2 assists and an ace. Very solid games for Christian Ramos and Michael Martino as well. Coach Mark Avery’s squad is in great shape as they will now prepare for Tri-County and state sectional playoffs. Not sure their is any team on their remaining schedule that can knock them off prior to year-end festivities.

Ridge took a hit on their state playoff chances as well as they got knocked off by Bridgewater in three sets. We knew this one was going to be a close affair as the Skyland teams battled to three sets, each winning a set by two points as they headed to set 3. The Panthers edged past the Red Devils 25-22 to take the match and move to 7-3. Fifteen big kills for Conor Regan from the Panthers. BR had 57 digs to fend off Justin Hong and Will Harrison & Co. Ridge dropped to 4-6 with 4 days to go to get two wins and back to .500 to qualify.

WWPS took down WWPN in the battle of West Windsor-Plainsboro. Siddh Raiput had 18 assists and Neev Ramani buried 9 kills, 2 blocks, and 5 aces for the Pirates. WWPS is now 7-1.

Another huge matchup at the Shore with 7-2 Central Regional taking on 8-2 Pinelands. Pinelands got a great performance by Abdullah Elsayad who had 14 digs, 13 kills and an ace and the Piners pushed up 49 digs for the match. But it was not enough to bring down Central Regional who had exceptional execution by numerous players. Dan Kejda lead the team with 10 kills, Brady Steller had 23 assists along with 5 aces, 8 digs, and three kills, and Mason Leszezynski put down 6 kills and 3 blocks. Another great game by Tyler Iozzi who had 8 kills, a block, 5 digs and 2 assists.

Top 25 teams Jefferson (8-1), West Milford (10-1), Kearny (8-0), Rancocas Valley (11-1), Fair Lawn (7-5), Bergenfield (10-2), and Hunterdon Central (10-1) all eased to straight set wins today. All will be near the top in the seedings for their sectionals. Noting West Milford gave up a measly 12 total points in their match today. Some big performances to note are West Milford’s Matt Christ with 13 kills and 5 aces, and Andrew DuHaime with 24 assists, 3 digs, a block and a kill for Jefferson.

After we stopped crying, we realized just what a great game this was. The third set going 27-25 for the Hawks win. JPS is fighting to make states and this really helped their chances. A loss would have, in all probablity, eliminated them.

And lastly, Payne Tech is 12-0. I repeat, Payne Tech is 12-0. They record a win over Bloomfield tonight in a clash of SEC rivals. Their schedule strength coming into tonight’s game was ranked 134 of 146 teams but they have beaten all opponents this season and will ride a wave of momentum into the SEC tourney and states. They are one of just 6 teams that remain unbeaten this season. Are the Lions this years Cinderella? Could our closing picture for the year look like this?

Tomorrow’s key matchup’s: Southern takes on yet another unbeaten team this year as they face Jackson Memorial! The battle of Middletown is Tuesday… and CBA visits Marlboro… Wednesday: Livingston and Hunterdon Central face-off!

It’s Pay-It-Forward week at NJP… Who is on-board? After this past year… Is there not a better time to start than right now?