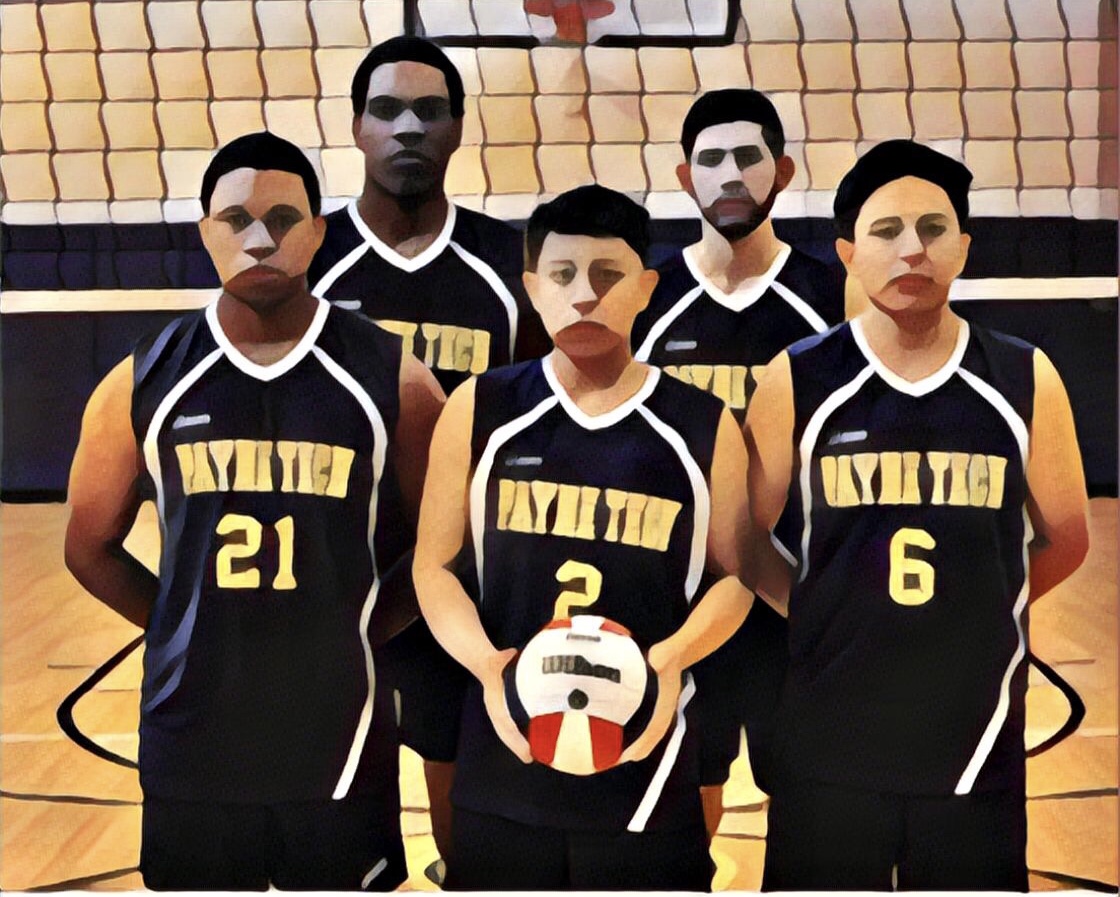 The Predictor was off to a piping hot start tonight as we banked the first 20 games of scores received in the “W” column. Then one game across our desk that was quite surprising and opened a new door to insights about the SEC and the top 20. The game we are referring to is the Livingston vs. Payne Tech.

Livingston is a top 20 high school team in NJ. They were ranked #14 in last Sunday’s update. They have beaten some top teams such as Ridge and Newark East Side and went to three sets with Bridgewater Raritan and Hunterdon Central.

Payne Tech on the other hand has stuck to the SEC schedule. The have made their way through the schedule playing many lesser ranked teams and disposing of each and every one of them. They had a #31 ranking heading into their game today despite being 13-0. The NJP Predictor had the game picked somewhat close but did not fathom that the Lions could come away with the victory, never mind a straight set win. They are one of 4 remaining undefeated teams in NJ.

They now seem destined to meet Newark East Side in the semi-finals of the Super Essex Tournament with the winner landing the opportunity to play Livingston for the Championships. But there are a few more games that need to be won for that to happen.

We will be hearing much more from these young men from Payne in the next week or two. Congrats on a job well done. Your hard work is finally being recognized!!!

Jefferson got into a three set tussle tonight at Dover. Dover dumped the Falcons in the first game but Jefferson charged back, aided by outstanding games from Shane Conley and Auston Osbuth. Conley had 14 kills and 13 digs and Osbuth had 16 kills and 15 digs. Jefferson is now 10-2.

Fair Lawn looked so solid tonight against Wayne Valley. They limited the Indians to 10 in both games played. Gil Zyndorf had 22 assists and added 4 kills and an ace as well. Itay Akad is having a great junior season. He added another 10 kills and 2 aces to his CV. The Cutters are picking up speed as they head to the post-season.

#1 SPF is now 17-0 after beating Summit today 25-17, 25-15. Aidan Heifetz had 9 kills and freshman Tim Ennis had 6 kills and 7 digs as well as 2 aces for the Raiders. Nick Schmidt had 24 assists, 3 aces, and 2 kills. They will play a red-hot Union team on Monday and the Farmers would like nothing better than to knock their league rival out of the unbeaten column.

Don Bosco is now 12-2 after stopping Wayne Hills in straight sets. The Shahin to Barker combination was firing tonight.

Kearny lost a set to North Bergen after their first loss this week delivered by Fair Lawn. Nathan Aguilar, Santi Lopez, and Ethen Lugo each had 5 kills for the Kardinals. Bergen took the second set 25-23 but it was sandwiched between two blowout sets of 25-13 and 25-6.

#18 St. Peter’s drubbed Lincoln tonight 25-11, 25-7. Aidan Apito with 7 kills for the Marauders. Jake Landsbergis had 3 kills and Jack Rudolph posted 12 digs. Prep held Lincoln to just 2 kills for the match. It was SPP’s 10th win of the season.

Great performance by Christian Trevino of St. Joe’s Metuchen. Christian blasted 14 aces and added 4 kills in a straight set drubbing of South Brunswick. The preseason top 5 ranked Falcons had lost 7 of 9 coming in to the today’s game but get back in the win column. They host Southern in a doubleheader tomorrow.

10 kills from Pavlo Chernyshov as Old Bridge moves to 10-1 on the season. Williamstown is now 12-1 as they downed pesky Egg Harbor. The Braves got away with 26-24, 25-23 set wins. East Brunswick outlasted Piscataway in straight sets as EB improved to 10-6. Jackson Liberty (9-4) and Rancocas Valley (13-2) both got Friday wins today.

Bergenfield is now 13-2 as they hand Bergen Catholic their ninth loss of the season. Oauli, Hamada, and Gonzales with 5 kills each. Jacob Pascual with 6 aces.

Union (12-2) remains hot with a win over Westfield today, giving them their ninth win in a row. Ryan Lin with 8 kills and 2 aces for the Farmers. They meet archrival Scotch Plains Fanwood on Monday.

Jackson Memorial got back on their winning ways today with a big win over Lacey. Konrad Bieniek had 10 kills for the Jags. Memorial was undefeated and played a home and home against Southern this week, dropping both matches but getting a set at Southern. We will see if memorial can hold their top 10 ranking come Sunday’s new updated ranking.

Don’t forget to send your County schedules to us when received!