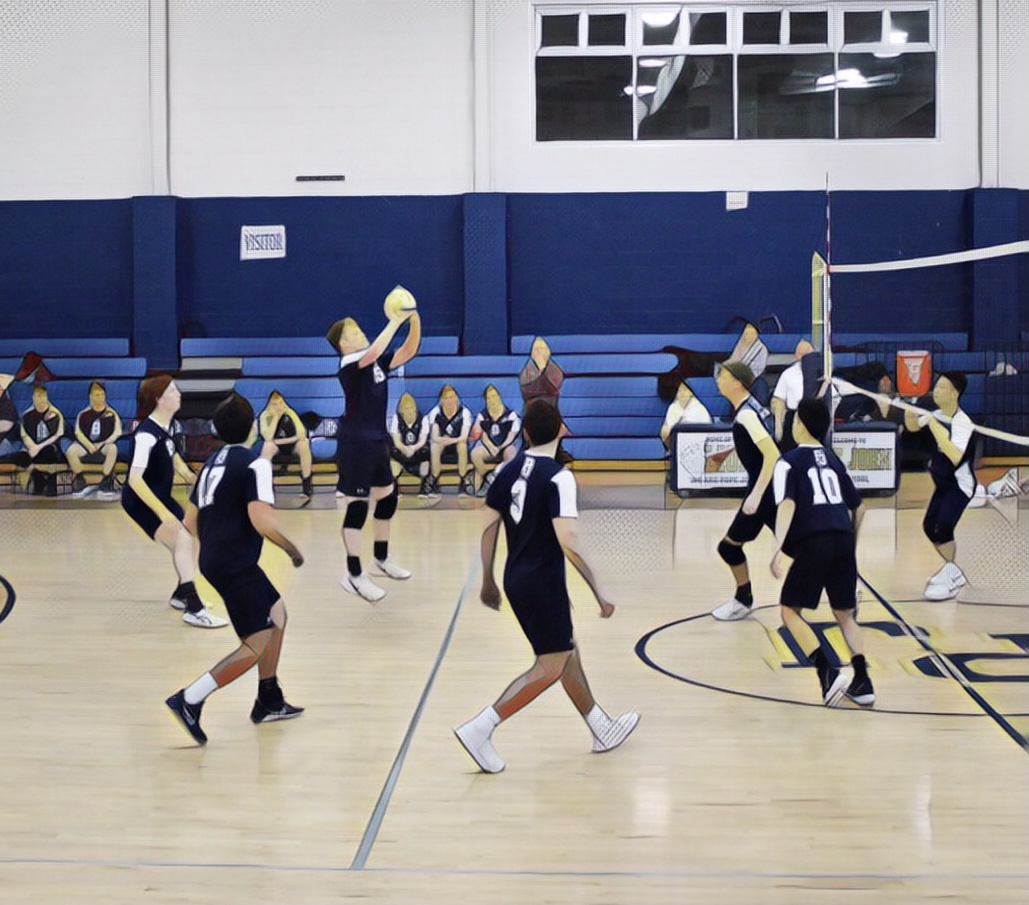 It’s a beautiful Spring Saturday (feels like summer today) and the end of the NJ High School Boy volleyball regular season is fast approaching. It’s a great time for boy volleyball when we start county tournaments and state playoffs. Some high level and spirited matches are sure to be on display. The State Championship game is just one month away on June 14th at South Brunswick.

The Saturday schedule is a bit in shambles. The master schedule has been a train wreck this year. At least 3 of the 9 games for Saturday were changed. It’s unfortunate for fans when this happens as they often tune into to livestreams that are just not there or expect certain games to be happening that are not. Or even worse is when a dozen games are added to the schedules whenat the time results are posted. Schools have been amazing at updating scores and stats timely.

#26 Newark East Side hosted #8 Hunterdon Central today in what was sure to be a telling match regarding the “Beastside” team and their potential of being a top 10 team. NES did not disappoint today as they battled the 13-1 Red Devils into a third set. Eastside came out strong with an impressive 25-20 win in set 10. But the seasoned and deep HC squad wore them down in the second and third and came home with the victory. East Side dropped to 6-2 but like their game with Livingston earlier in the year, will take the test and the learnings and be better come playoff time. They host Livington on Monday and continue their bid for a SEC tournament title on Tuesday vs. Millburn. Thomas Menyhert tallied 11 kills for the Red Devils. Nick Lima had 14 kills and 4 blocks for the Red Raiders.

#4 Old Bridge got 7 kills from Blake Krapf and 4 blocks from Aaron LaPlaca as they downed #18 Bridgewater Raritan in Old Bridge today. They also dropped JP Stevens in their second match of the day. The Knights are now 12-1 on the season.

#20 Williamstown drubbed Triton today in straight sets and are now 13-1. Bonomo with 8 kills/3 aces and Drew McNellis with 4 blocks, 5 kills, and an ace.

#12 Fair Lawn toppled #25 St. Joe’s in Metuchen today. It was the sixth win in a row for the Cutters. St. Joe’s has struggled this season and have played with some injuries. They dropped 5 in a row earlier in the year and are sitting at 5-8.

Matt Christ had the best game of his high school career today popping 19 kills, 14 digs, 2 blocks, and an ace as he fired the #6 Highlanders past #16 Ridge. It took three sets for the #9 Highlanders to improve to 12-1.

Big day tomorrow at NJP as we update rankings, player rater, sectional rankings, and focus on the schedule for next week…

Happy weekend to all!