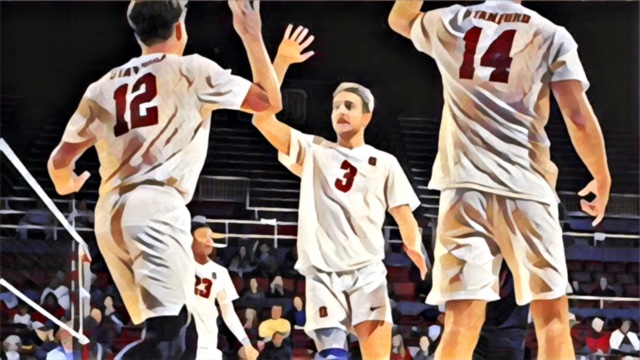 We have received a number of entries for our NJP Clip of the Year campaign and contest. Your submissions can be made direct through email to njpowerranking@gmail.com or DM through IG or Facebook (We know… no players have this ancient platform… LOL). Here are some examples for you to see for comparison purposes… Think you have what it takes?

Why not give it a try. At least everyone will see your best clip 🙂

SPF and Union = UCC “Rivalry Match”. These two teams have been going back and forth with each other over the past few years in volleyball and SPF has had the upper-hand but the matches are always so close. This year, #1 SPF has been lights out at 17-0 and have the largest win margin per set of any team on the NJ High School landscape. They have not lost a set coming in and The NJP Predictor called a three-set match as it is just so difficult to keep a streak like that going. Scotch Plains Fanwood got out of the gate and set the tone as the #1 team in the state and overwhelmed the 13-2 Farmers 25-18. Many teams would have just curled up and went home at that point, but Union rose to the occasion and fired back with a 25-18 winning set of their own. They dealt SPF their first set loss of the season after 35 straight set wins. It was going to be interesting to see how the Raiders reacted to losing a set, especially against such a local and long-time rival as Union. But SPF and Union engaged in a real back and forth battle that went right down to the last point as the Raiders kept their unbeaten streak alive at 18-0 with a 25-23 third set win. The combination of Nick Schmidt to Nate Sta Rosa was spectacular tonight with Sta Rosa getting 14 kills and Schmidt getting 26 assists. This combo has been getting the job done all season for SPF. Nick Schmidt also added 4 kills, 2 blocks, 3 digs and an ace to go with the 26 assists. Amir Johnson added 5 blocks and 2 kills. And another amazing game by freshman Tim Ennis who tallied 9 kills, ten digs, and an ace as well as sophomore Zach Chung who tallied 17 digs. For Union, Nathaniel Odusanya had 9 kills and 4 blocks, Nathaniel Thompson had 5 kills and 4 blocks, and Spencer Boakye had 6 kills and a block. Faraz Nahatti had 20 assists, 2 blocks and a kill for the Farmers. It will be interesting to see if these teams meet again in the County Tournament as well as State Sectional North 2.

The Bees were buzzing in Bayonne today as they had a chance to knock off their biggest rival St. Peter’s Prep at home with the #2 seed in the Hudson County tournament on the line. Bayonne came into the match at 9-3 overall and a big crowd got them fired up in the first set as they used the momentum to gain a 25-14 first set win. The Marauders came back with a sound win in set two, 25-20 setting up the usual rivalry set 3 as the fight to the death for Hudson County honors emerges. The Bees fought back from a 20-15 deficit to move ahead and then at 24-24, got a big block to move up by 1. They won the match on a serve that hit the top of the net and trickled over for the win. These two teams are likely to match up again in the Hudson County tourney semi-final Thursday. Bayonne has now won 8 in a row.

Newark Eastside faced Livingston today in what we thought would be a really close match-up of SEC rivals. The Red Raiders dominated play this afternoon though and came away with a straight set 25-17, 25-16 victory. Nick Lima with 9 kills, 5 aces, a block and 4 digs for “Beastside”. NES is now 7-2 and seems to be improving every game. Livingston dropped back to 9-4.

Ridge and Hunterdon Central have been going back and forth all season. This is the second time they are playing during the Spring Season. The first time in April. the NJP Predictor picked Ridge. And Hunterdon Central won in three sets. This go-around, NJP selected Hunterdon Central and of course Ridge prevailed in a 2-1 win. These teams are very close in talent level but have very different approaches and records. Hunterdon is HC relies on a balanced approach and spread their attack between several players. Ridge relies on Justin Hong to deliver the majority of their offense and that has worked well for them as Justin is near the top of our player rater and in the top 3 in kills/set. Tonight, Hong prevailed with 14 kills and a block as well as 9 digs and an ace to lead Ridge to the win. Ross Bancken with a strong performance at setter delivering 23 assists and 12 digs. HC had multiple players with high production on the attack with Thomas Menyhert and Avery Gould with 8 kills each and John Harwell adding 7 kills. One thing was very clear right from the start though… The Red Devils were going to win!!! 🙂

Hey, let’s talk about the Monroe Falcons for a moment. This first-year varsity program for boys just clinched the GMC-White title. They are 7-2 and on a seven-game win streak. Hats off to this new program, their coach, and their players. Keeping in mind this is a team with just 2 seniors, it’s an amazing accomplishment. Go Falcons!!!

Josh Ledesma played his first game of the season tonight for Passaic. He will be a major positive influence for the Indians. They powered by Clifton in straight sets tonight and will welcome the infusion of talent. They will be a team to watch heading to playoffs as Ledesma brings an added level of passion and energy. Dan Choi had a nice game for the Cutters with 5 blocks and 5 kills. Roee Shalom and Itay Akad had 12 and 11 kills respectively.

Wayne Hills took the first set from Fair Lawn today in a Big North battle. Fair Lawn had moved into the #5 spot in the overall rankings this past weekend and won the last two sets 25-18 to earn the victory.

Matt Christ powered 15 kills as West Milford downed Bergenfield. Two tight sets but the Highlanders keep their momentum going and now have a 10 game win streak with the last two coming over top 20 ranked teams. WM is now 13-1 and the Bears dropped to 13-3.

When an 11-4 team takes on an 0-7 team in the same conference, you will almost always see the 11-4 team win by a large margin. That was not the case tonight as 11-4 Lacy took on St. John Vianney. Vianney has been struggling this year after rebuilding after they lost 6’8″ Alex Leiba last year. Many of the Lancers are underclassman including a young player named Jack Farah. Jack is just a sophomore, but is getting better and better each game he plays. He has 58 kills in the last 4 games as well as 44 digs. That’s impressive. But tonight performance was truly special as he lead the 0-7 Lancers to an upset over Lacey, posting 21 kills and 21 digs over three sets. It was a remarkable performance and a true Cinderella upset. This is the stuff that makes for long time memories that will stay with Jack and his family. They will remember this game and not the 0-7 start. It proves we can take something positive out of every experience, if we let ourselves. But we have 2 more years to look forward to watching Jack and seeing what he can do to build the Vianney program back to a shore power. Congrats to him tonight.

Payne Tech just keeps winning. They are now 15-0 despite losing the first set to Belleville today. Nathaniel Lopez had 11 kills 15 digs, a block and three aces for the Lions. He will be our feature player interview later this week.

Analysis of Margin of Victory and Schedule Strength by team: https://njpowerranking.com/2021/05/16/special-analysis-on-schedule-strength-and-point-differential-for-nj-hs-boys-volleyball/

And lastly for some inspiration… It’s always amazing when someone you least expect on your team, rises up and shows off their stuff… this video takes that concept to the most extreme level…