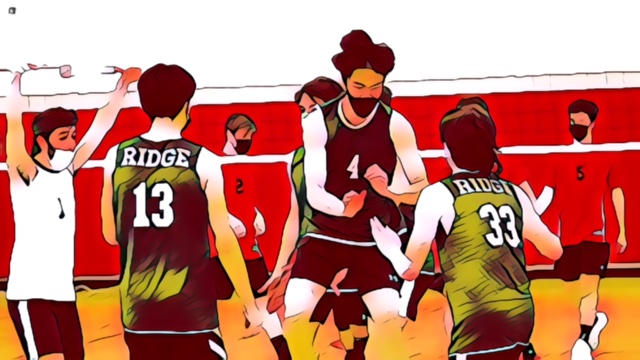 We are entering County tournament week with many grids coming to a conclusion over the next 10 days. The State tourney will start to heat up as well with play-in and first round games.

Can’t help but notice that some of the tournament games are scheduled for Saturday of Memorial Day weekend. This is traditionally a big weekend for club tournaments and this year is no different. With big tournaments in Boston and in Virginia, some players may have to make some really tough choices. We know are in the minority and always consider club as the preparation for High School. Especially in a COVID year where mixing with out of state players is considered a no-no. But restrictions are being lifted, which is amazing news, so this may not be as big an issue as 2-3 months ago or 8-9 months ago for sure. So… what would you choose?

Harrison easily advanced in their first-round state match against Dwight-Morrow. Albert Ruff had 9 kills and Anthony DaSilveira had 5 aces and 2 kills for the Blue Tide. Harrison won the NJIC finishing 8-0 in league and 10-5 overall. For the first time in memory, Harrison was not in the Hudson County tournament. Harrison teams are always well prepared come state playoffs to make their mark. Harrison will be geared up to avenge an early season three set loss to Bayonne as they draw the Bees in Round 2. #27 Bayonne defeated Wayne Valley tonight in straight sets and are now 13-4. Eliass Nid-Youssef and Alex Zinkevich-Khrapichez each had 7 kills and Alex Casais had 3 blocks.

Passaic handled Bergen Tech today in straight sets, improving to 10-5 overall. Their star outside Josh Ledesma has hit the ground running since returning to the team last week. He added 11 kills today giving him 37 for the 4 games he has played since 5/17. Passaic will play West Milford in the Passaic County tournament semi-final. Josh will need a big game for the Indians to compete with the #5 Highlanders.

#22 Williamstown and #40 Washington Township always have a heated rivalry. WT got off to a slow start opening the season at 2-3 but have been 8-2 in their last 10 and are sparked up for a playoff run. Williamstown has been on the brink of jumping up into the top 10 all year. After losing to Southern on opening night, the Braves ran off 16 in a row against South Jersey teams. They stepped on Saturday to face #8 Hillsborough only to lose in straight sets. But Dubtown got back on their winning ways today in a three-set victory over Washington Township. McNellis and Bonomo handled a good chunk of the offense with 20 kills between them. Mike Martino and Osco Williams added 5 kills each. Williamstown had 11 blocks and 11 aces which was the difference in the match. Anthony Trivers had 14 kills for the Washington Township. These two could match up again in the state quarter-finals.

After starting the season 16-0, #32 Payne Tech has now lost three in a row as they were defeated by #25 Livingston today in straight sets. It’s also curious that Chris Lynum was not in the lineup today for the Lancers which signals that Payne may have lost that momentum that has carrying them on their Cinderella ride to the #2 ranking in the North 2 Sectional. Owen Abeles had 28 assists for Livingston and Kellan Sun led the team with 10 kills. Next up for the Lancers is the SEC tournament Championship against Newark East Side on Wednesday.

Newark East Side eased past West Essex today and is now 12-2. Nick Lima with 7 kills and three aces. It should be a great tournament finale against Livingston. East Side moved into the NJP top 10 on Sunday and will be favored to win.

#8 Fair Lawn continued their prep for the playoffs with an easy victory over Lakeland. The Cutters were cut down by West Milford in straight sets last week for their 6th loss of the season. Fair Lawn is favored by NJP to make the Bergen County finals.

#28 Bergenfield (16-3) took down #20 Don Bosco (17-3) in a big Bergen County match-up today. Bosco has just moved up into the NJP top 20, a familiar spot for Bergenfield during the mid season. Another spirited game from middle Nick Gonzalez who posted 6.5 blocks and 7 kills. Justin Pauli also had 7 kills.

#34 Eastern Just keep winning and is now 15-3 on the season. Their only losses are to #6 Rancocas Valley, #22 Williamstown, and CHE. Today’s win over #23 Kingsway in three sets was another step forward for the Vikings. Hemil Patel, Chris Healey, and Caleb Heller have been pushing this team forward all season. Eastern seems destined to meet #18 Moorestown in the quarter-finals but the winner will in all probability have to meet Southern. which will be one of those challenging encounters that coming away with a victory would be unlikely.

The NJP Clip of the Year contest is no longer accepting entries. We will be announcing finalists this week… Stay tuned for fan voting in all three categories. NJP will present all of the finalists later this week from our internal vote. We will then let the fans decide on who wins each of the three categories. Our response in the boys contest was overwhelming so we may need a couple of rounds of semi-finals first…

The NJP Player Rater has been very popular this season. There is a new update on Sunday that can be seen at https://njpowerranking.com/2021/05/23/updated-njp-player-rater-may-23rd/

A new updated sectional ranking was completed Sunday. It sheds more light on some on the impending match-ups post first round… a link to the update is here… https://njpowerranking.com/2021/05/23/updated-njp-player-rater-may-23rd/

For those Bergen County fans… a nice news story…