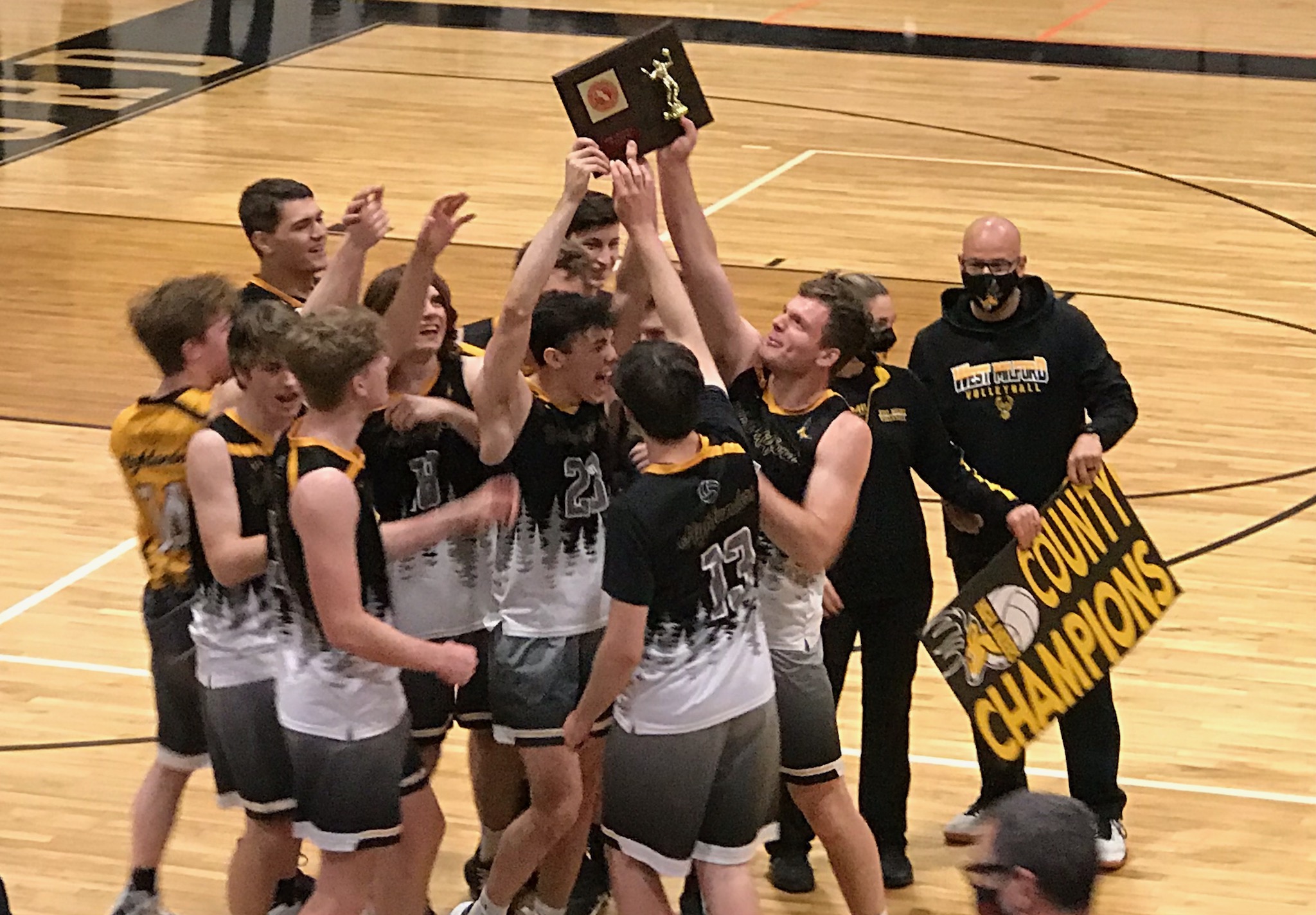 The West Milford Highlanders rallied from behind in the first set against Wayne Hills and then never looked back in a straight set win over the Patriots. West Milford is now 20-1 and will dig in for their state playoff run. They were awarded the #2 seed in the tournament. It is possible that these two teams could match up again in the semi-final but Wayne Hills path goes through Jefferson, which is a tough assignment.

The Highlanders found themselves down midway through the first set and that’s when Ryan Thenell stepped up and took control of the game on the attack and on the service line. Here is a clip of four straight aces from Thenell to shift the momentum to the Highlanders…

West Milford’s only set back this year was an early season loss to Fair Lawn which they later avenged. The combination of Ryan Thenell and Matt Christ has been lethal on the attack for the Highlanders all season long. Tom Dinzik has masterfully orchestrated the strategy at setter and now has over 400 assists. Sophomore Sean McNally has been outstanding on defense and Justin Spagnuolo leads the team in blocks with 22. Thenell and Christ are both approaching 200 kills for the season and Ryan has 75 aces on the year.

“We’re all excited to have won counties for the first time ever, but all the players and I know that we are not done yet and have much more business to take care of in States. Thank you to everyone who came out to support us on our county win. Go Highlanders!” – Matt Christ

Wayne Hills will match up with Lakeland next and West Milford has Bergen Tech in round 2 action of the state tournament. If all goes as projected, West Milford will see a semi-final game against Jefferson before facing Fair Lawn in the final but there is a lot of volleyball in the next two weeks that can change that scenario.

“I can’t describe how pumped up the team was to win the county championship today. We’ve worked so hard for so long, and it’s finally paying off. Everybody on the roster brings something different to the table, and when we’re all on the same page, there’s nothing we can’t accomplish. Go Highlanders!” – Justin Spagnuolo

Here is the final point and celebration…

“What an amazing opportunity it is to be a part of this team. Everyone does their part and contributes their all to every play. Even after this win we are not satisfied, we have our eyes on states and we’re ready to bring it home. Go Highlanders!!” – Sean McNally