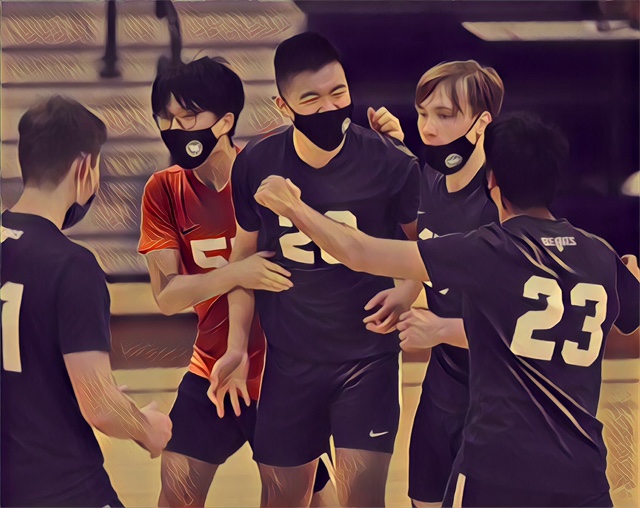 The NJP Clip of the Year Contest voting will start tomorrow. We have culled the hundred or so entries down and will be presenting all three division (Girls, Boys, Bloopers). The Girls and Bloopers contests will have just one vote. Because of the enormity of the boys entries, we will be conducting a semi-final round with 2-3 divisions. The top vote getters from each Division will advance to the final. Fans will be able to vote the same way they use our polls currently. There will be a contest page on the main menu that will be visible from the NJP Home page.

There will be one more NJP team ranking this weekend. This will represent the last ranking of the season before final rankings are posted after the season concludes.

NJP Post-Season Awards will be made after the conclusion of the season as well. They will be similar to the Girls Post season awards which can be seen here… https://njpowerranking.com/2021/04/25/girls-player-rater-and-year-end-awards/

There were a couple of big games tonight as well as a huge surprise as we finish the Friday schedule and ramp up the Sectional Schedule next week. Congrat’s to SPF for winning the Union County Tournament title tonight. Links below for full story.

Southern and Jackson Memorial had a great match today with Jackson Memorial taking the first set, and Southern coming back to take set 2. The third set was epic with back and forth play before Tommy Deakyne smashed the game winner at 24-23 to give the Rams the win. Deakyne had 20 kills and played possessed keeping the Rams ahead, especially in set 3. Jackson Memorial fell to 15-3 with all three losses coming at the hands of the Rams. Southern has only lost 7 sets all year and 2 of them were to the Jaguars. Tuesday’s Shore Tournament final should be one of the best games of the year. CBA is NJP’s #1 team and undefeated at 18-0 and Southern will try to avenge their only loss of the year which was to CBA. Southern is #3 in NJ at 23-1 and have reeled off 11 straight victories since losing to CBA on 5/10. The NJP predictor will, in all probablity, be projecting CBA to win the game in three sets but this one will be an amazing game to watch.

The biggest surprise of the night, or maybe the year, was #9 Hillsborough being cut down in three sets by #57 Edison. Edison played a scrappy game today, was great defensively, and took advantage of a Hillsborough team that made a number of unforced errors. Boro had a great second set and actually won the total points for the match by three, but the Eagles put together runs when they needed to and pulled out the suprise win. Here is the last point of the match at Edison…

Newark East Side breezed past Bloomfield tonight as Nick Lima and crew disposed of the Bengals in straight sets 25-13 and 25-11. The Red Raiders are revving up for what they hope is a busy week of play in the Section 2 Sectional after winning the Essex County crown over Livingston earlier this week.

#30 Pope John had their hands full today as the faced the first year Randolph Rams. Randolph has had a winning year in their initial varsity season and came close to edging the Lions, forcing the match to three sets. Brian Macaluso was the star of the rams today with 8 kills and 3 blocks and Harrison Green continued his great play with 30 assists and 19 digs for the Rams. Pope John at 13-2 will face Vernon on Wednesday in second round state playoff action. Randolph lines up with Dover in their second round match next week. Dover edged Chatham tonight after losing the first set, coming back to win the sets 2 and 3 to move to 10-5. First year varsity program Sparta edged Vernon today, also in three sets, to fall to 9-8 on the season. Sparta got 12 kills from Dean Alkovic and 27 assists from Braedon Doyle for their fourth win of the season.

Another big game from Chris Healey at Eastern today as the Vikings improved to 18-3. Eastern with the #5 seed in the sectional takes on Gloucester Tech Wednesday and if they win will probably face #4 Moorestown on Friday.

Manchester improved to 11-6 today with an easy win over Donovan Catholic. Blake Weiner with 20 assists and Evan Weiner with 7 kills. Manchester draws a tough assignment in the state playoffs in Round 2 facing the #6 Rancocas Valley Red Devils on Wednesday.

Wayne Hills blasted Paterson Kennedy today in straight sets as they prep for tomorrow’s big Passaic County tournament final against West Milford. That game can be seen at this link Saturday morning at 11AM… https://www.youtube.com/channel/UCAAG9DouYdVBP-mQfpxh4Fw

There are now just 2 county/conference tournament champions to reveal in the next few days. One more Champ was announced tonight bringing the total to 6 as SPF defeated Union to win the UCC Tournament Championship. Full story here: https://njpowerranking.com/2021/05/28/spf-continues-dominating-season-with-ucc-tournament-title/

Winners so far and links to stories…

The shore conference always does a great job with year-end player, coach, and team awards. NJP will be doing it’s own awards after the Championship is concluded. Here are the Shore Conference awards…

As we enter the holiday weekend, you never know what is waiting for you on the other side… this piece gives you some perspective about dealing with adversity. Wishing you all the best…